1. Skydive over Byron Bay- Skydiving should be one of those things on every backpacker’s must do list, and Byron Bay offers spectacular views of the beaches and coastline as you jump out of that plane. I did a tandem Skydive from 14,000 with Skydive Byron Bay and bought the photos to go with it so I could see how silly my face looked as I did it. 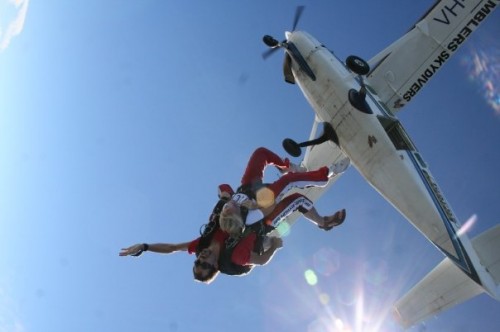 2. Take Jim’s Alternative Tour bus to Nimbin- The hippy town of Nimbin just outside Byron Bay is every stoner’s heaven. Even though cannabis is illegal in Australia, it’s no secret that the hippies in Nimbin love to smoke a joint. On Jims Alternative tours they take you to the town so you can look around the hemp museum and you’ll visit the bizarre home of Paul Recher in the middle of a jungle. There are other tours that go to Nimbin but this is the best, with an old rickety bus, great soundtrack and an authentic hippy tour guide with hilarious stories to tell. 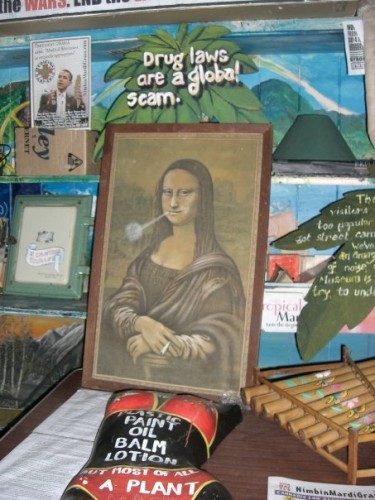 3. Take the Ferry to Manly- No trip to Sydney would be complete without taking the ferry over to the beach town of Manly. A return ticket costs around $13.20 and the ferry departs from Sydney Harbour, taking around 30 minutes each way. 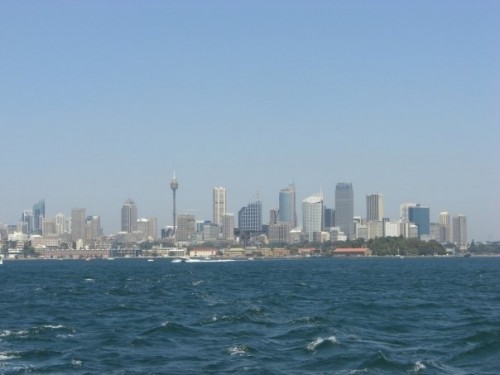 4. Sail the Whitsundays- Backpackers travelling up and down the East Coast usually have two activities they know they want to do- one is doing a 4×4 drive of Fraser Island, and the other is sailing the Whitsundays.  There are several tour companies which offer sailing packages to the Whitsundays from Airlie Beach, and it’s worth shopping around to find the right boat and package deal. The tropical Whitsunday Islands lie about half way up the Queensland coast and are bordered by the Great Barrier Reef. There are 74 of them, but only 8 have inhabitants. Tourists venture to the islands to walk on the powder white, picture-postcard sands of Whitehaven Beach, snorkel or scuba dive on the Great Barrier Reef or simply relax on a sailing boat as they cruise around the islands. 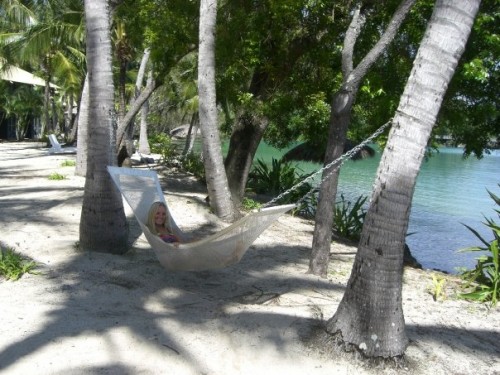 5. Wrestle a Goat- Not something I expected to be doing on my trip up the East Coast, but one of the memories that sticks out in my mind, was wrestling a goat at Kroombit Cattle station. Visitors can stay on this fully working cattle station in cabin style accommodation with meals included. You can learn to crack a whip, lasso and animal, practice clay pigeon shooting and ride the mechanical bull. The highlight is the goat rodeo, where you are put in the ring with a goat and have to chase it, catch it by the horns, flip it over and pretend to brand it. Those goats can run fast, and it’s not as easy as it sounds! For those who love fancy dress there’s also a barn full of fancy dress costumes for endless fun. 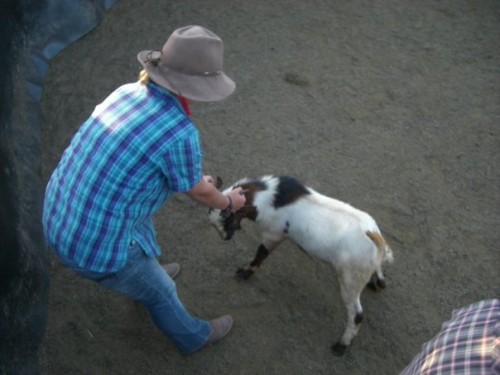 6. Rent a topless car on Magnetic Island- A lot of people have never heard of Magnetic Island, even though it has a resident population of around 2,500 people. The tropical island lies off the coast of Townsville and has a regular passenger ferry service. It’s worth visiting around a full moon so that you can go to the full moon party at BASE Backpackers hostel. Whilst it’s not a patch on Thailand’s full moon party, it’s a great excuse to party anyway. Rent one of these Topless Cars for the day and you’ll look a bit like Barbie- it’s a great way to get around and I recommend the Forts Walk koala walk if you want to see some koalas in the wild. 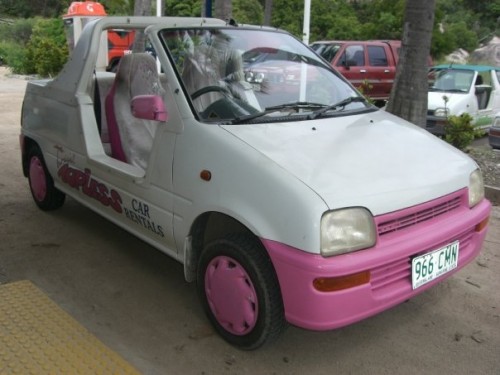 7. Watch the crocodile feeding at Johnstone River Crocodile Park- *Update 11/04/2013 this park has closed down :(* This crocodile park near Innisfail in Cairns has hundreds of crocodiles on display including a 5 metre crocodile called Gregory. You can watch the crocs being fed and take a guided tour to learn how they breed and survive and how farming them helps with the conservation. The farm has two rare Cassowary birds and you can feed the wallabies and kangaroos as well as hold a dingo puppy. 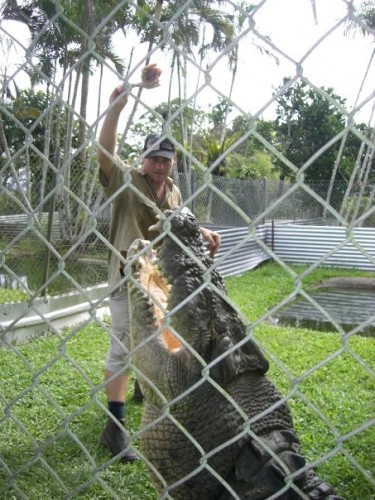 8. Stay at Cool Bananas, Town of 1770– No it’s not a town where everyone wears period costume, Town of 1770 is the last spot you can surf on the East Coast. Town of 1770 is north of Fraser Island and south of the Whitsundays, and offers the closest access point to the Southern Great Barrier Reef. It has beautiful sandy beaches and experiences over 300 days of sunshine per year! Cool Bananas is definitely one of the coolest hostels I’ve stayed in with a Caribbean type vibe- think hammocks, lanterns and palm trees. 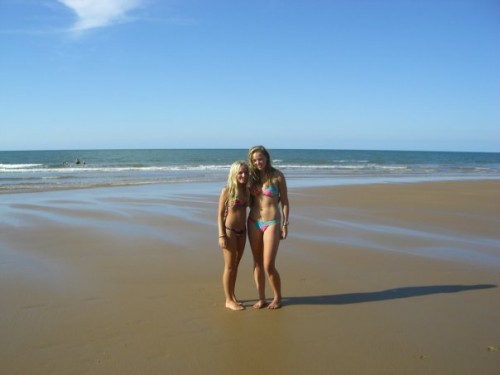 9. Camp on Fraser Island- This is by far the most fun thing to do on the East Coast. You can choose to do a self-drive Fraser Island tour from Rainbow Beach or Hervey Bay, although I preferred Hervey Bay. When you arrive at your hostel you are put into a tour group and sent on an alcohol run the night before so that you can have a boozy time by night once you’re on the island. The following day you are shown a video showing you what-to-do and what-not-to-do on Fraser Island, before going on a food shop to Woolworth’s to stock up on meals. You are then taken to the garage where you pack up the 4×4 and learn some driving rules! Don’t worry if you can’t drive, there will be someone in your group who can! It’s then time to get on the ferry over to Fraser Island and drive on the sand! Fraser Island is brilliant, not just because of the stunning lakes and scenery, but because you get to drive on the beach, cook your own camp meals, set up tents, play drinking games and sleep under the stars. 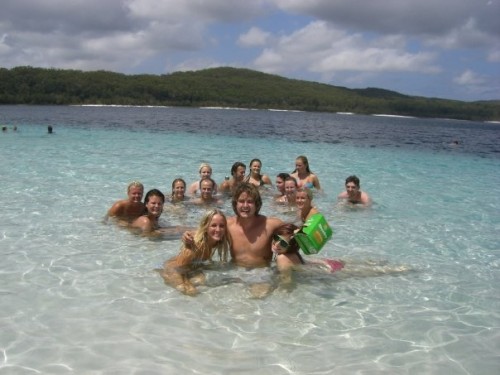 10. Take a surf lesson- The East Coast of Australia is the prefect place to learn to surf and many hostels have free surf boards and body boards so that you can practice yourself. If you want some professional instruction though, I recommend Spot X surf camp at Arrawarra Beach in New South Wales. They provide beach front dorm-style cabin accommodation and food, and everyone usually hangs out by the camp fire in the evenings. You are provided with surf boards and the enthusiastic teachers from Mojosurf will help you get standing up on the beginner waves in no time. 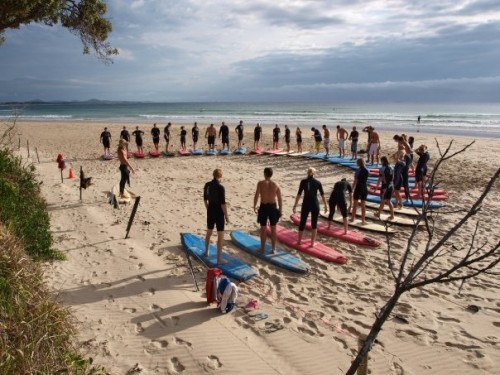