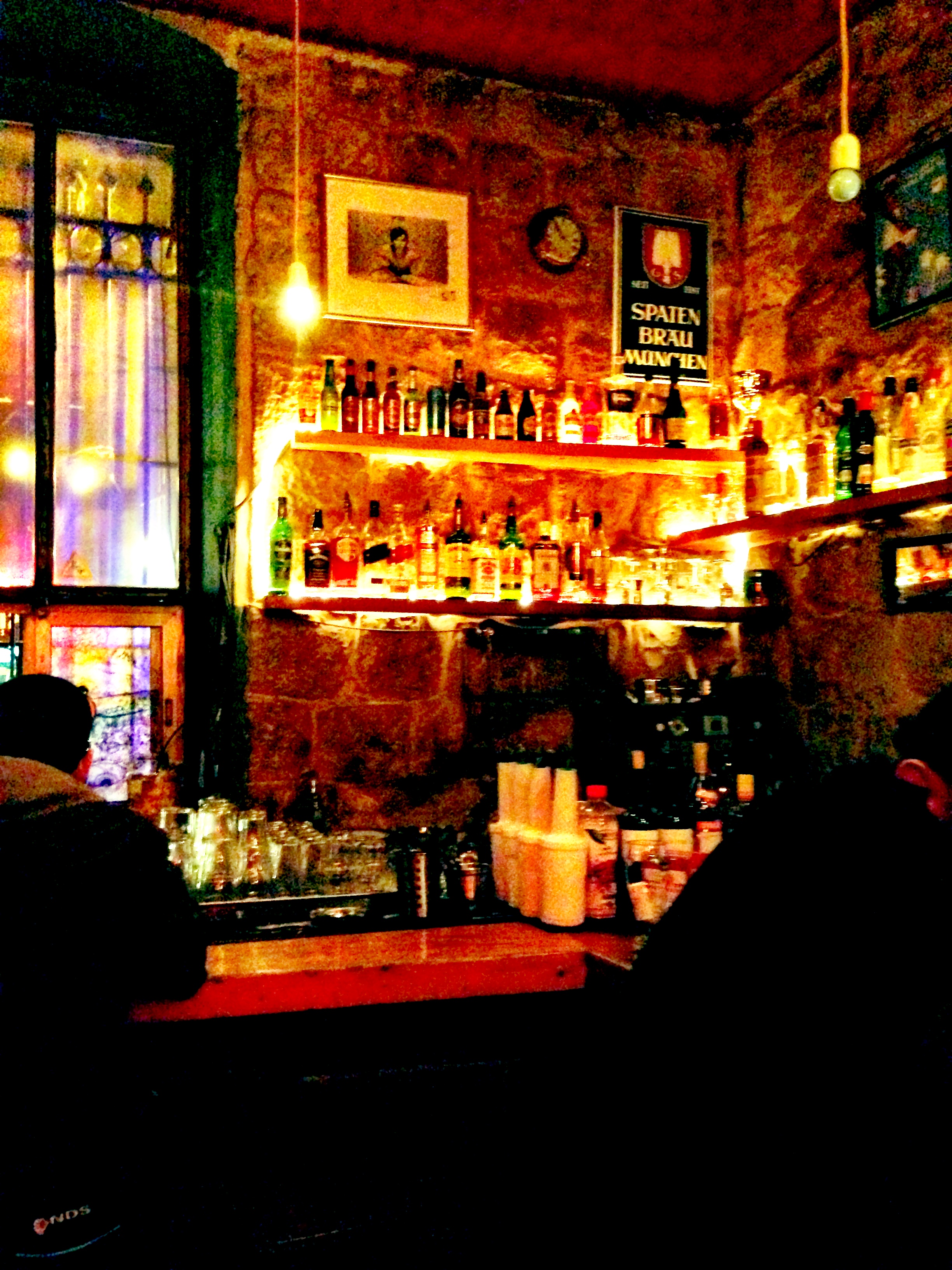 21 Apr Where to Party in Jerusalem

“In Tel Aviv you play, and in Jerusalem you pray” my nightlife guide in Tel Aviv told me over dinner.

I see what is meant by that phrase, but I beg to differ.

Tel Aviv is certainly the most liberal city, and Jerusalem is known as the ‘holy city’, but I found you can play in BOTH cities. The style of nightlife is just different.

The Tel Aviv nightlife is full-on; you go out late, you get home at 6am in the morning. The city is known to have some of the best nightlife in the world, and rightly so- it has many trendy bars and late night clubs. However it’s also more of a place for “seeing and being seen”.

In Jerusalem the nightlife is more informal. In Tel Aviv I would dress up for a night out, but in Jerusalem everyone was wearing much more casual clothes. I really liked the nightlife in Jerusalem. I love going to more intimate, low-key bars where you can pull up a stool, chat with the bartender and make a few friends. There are still places for dancing, but everything’s just a bit more relaxed.

I was given a tour of Jerusalem’s bars and watering holes by the owner of The Toy Bar, who knows all there is to know about Jerusalem’s nightlife.

Here is the lowdown on where to party in Jerusalem: 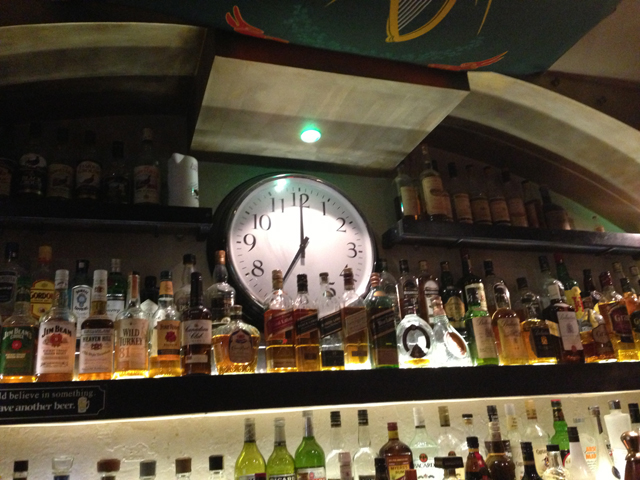 Our first stop on the nightlife tour was Bell Wood Bar, which is a take on the classic English Pub. Here we tasted a few of the 15 draft beers available, including a rather strong home brewed Belgian Tripel (9.2%). Other drafts on offer include Guinness  Kilkenny, Stella, Weinstephan, Leff Brown, Leff Blonde, Tuborg, Carlsberg, Casteel Rouge, dark Edelweiss, Goesser, Peach beer, Barbar Blond, and a changing tap with a new beer type every 3 months. Bell Wood also has more than 100 different types of whiskey!

To complete the English Pub experience, soccer Games are screened on a big widescreen TV, and the food menu includes pub dishes such as fish and chips and apple pie. Rock music is played throughout the evening and it gets louder as the night goes on.

It’s always 7 o’clock in Bell Wood Bar- the clock is permanently set to 7!

Of course no matter where you are in the world, there always seems to be an Irish pub. We made a brief pit stop in O’Connell’s, where there were still traces of the St. Paddy’s Day decorations from the night before (we arrived in Jerusalem on St. Patrick’s Day night, but we missed it because we were ready for bed!) The bar is kosher, which is perfect for Jewish people seeking a Kosher bar. 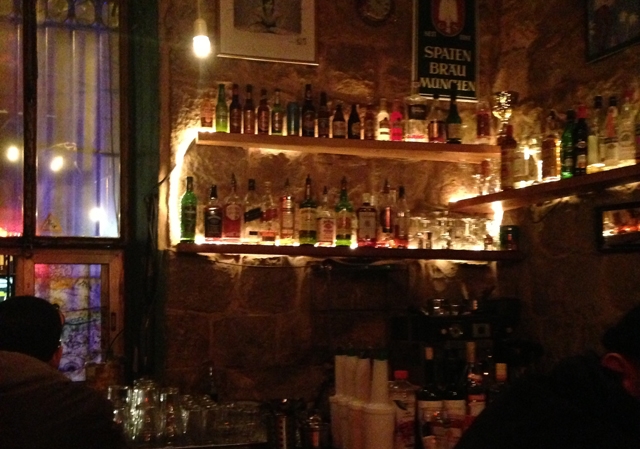 Next stop was Sira (formerly the D1 aka ‘Diwan’) which is located in a little alleyway off Ben Sira Street. This underground watering hole is a rather gritty, dark joint with an alternative vibe. There are almost nightly live music performances from Israel’s up-and-coming bands, playing anything from punk to reggae to electronica to hip-hop. The bar also has room out the back with various table games, including a Pac-Man Machine. 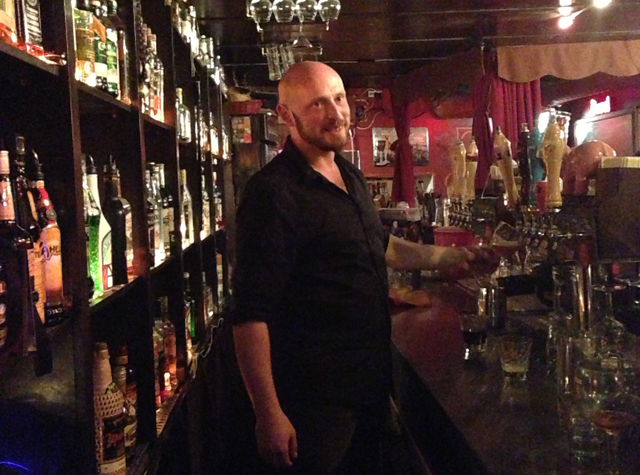 Glen was definitely my favourite bar in Jerusalem. The owner loves to brew his own beers and gave us a taster of one of his latest experiments. It’s an intimate, friendly bar- the kind where the bartender will talk to you and really knows his stuff about the alcohol he’s serving. Glen Bar is a favourite with the locals, serving an extensive collection of beers and around 100 single malt whiskeys! The staff in here are pro-mixologist, so they will make up any cocktail you like. The music played is mainly rock music. 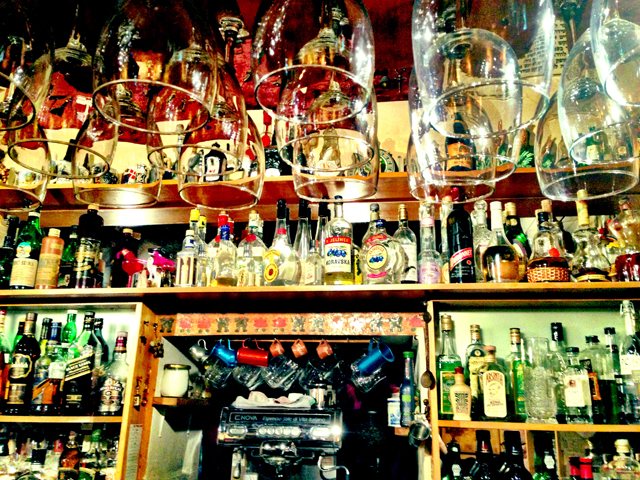 Barood is a friendly restaurant located in Feingold Courtyard between Jaffa Road and Rivlin Street. The lovely lady who owns this place was very welcoming, and was very proud to show off her collection of Schnapps from around the world. She has also collected 20 bottles of absinthe, which she displays behind the bar. The menu features a selection of Mediterranean cuisine and there are regular live music performances. 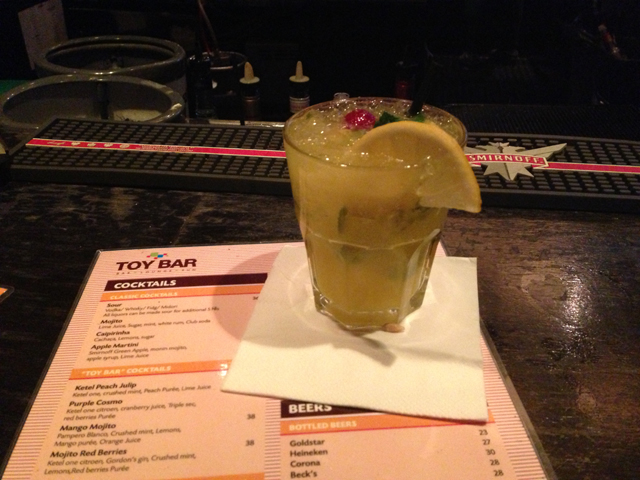 Last stop on our nightlife tour of Jerusalem was Toy Bar, the city’s late night venue on Du Nawas Street. This is the place to come if you like drinking and dancing! The upstairs is a trendy, spacious bar area where you can enjoy various cocktails, drinks and snacks. There is also a large projector screen in the corner playing music videos and funny Youtube clips. Downstairs is another bar and this area turns into a club with music from some of Jerusalem’s best local DJs. This place is popular with tourists, university students and locals, and gets really busy on the weekends.

So there you have it, some of the best bars in Jerusalem, Israel. I would love to go back someday and spend more time in Jerusalem so I could explore the nightlife a bit more.

I was guest of the Israel Ministry of Tourism. Opinions are my own.