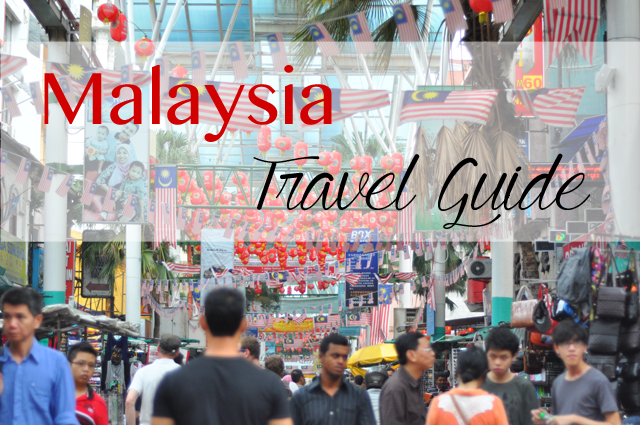 Lots of travellers visit Kuala Lumpur as a stopover destination on the way to to Australia & New Zealand or some other destination in Southeast Asia. I myself had flown via Kuala Lumpur airport several times but never ventured outside the airport. Eventually I decided it was time I saw the city and I absolutely loved it. The next time I went back, I also visited Langkawi, Malacca and Kuala Terengganu. There’s so much more to Malaysia than KL and the Petronas towers, so if you have the time, it’s well worth exploring some of the country’s unspoiled coastline and trying some of their delicious foods, like Roti Canai, Laksa and Nyonya cuisine.

Read on for my Malaysia Travel Tips!

Languages: Malay is the official language. English is spoken in service industries and taught in schools.

Beer: Malaysia is a Muslim country and Muslim law forbids them to drink alcohol. However alcohol is served in tourist places and metropolitan hubs. Beers available include Carlsberg, Guinness, Tiger, Asahi, Heineken and Anchor.

Discovering How Airline Meals are Made with Malaysia Airlines

Addicted to Teh Tarik and Roti Canai in Malaysia

A Hop on Hop Off Night Excursion in Kuala Lumpur

Where to Get the Best View of the Petronas Towers

Malaysia Airlines is the national carrier for Malaysia but budget carrier Air Asia offers very cheap flights from Australia and the rest of Asia. The LCCT (low cost carrier terminal) used to be separate to Kuala Lumpur International Terminal and looked like a cattle shed but these days there’s a nice new KLIA 2 Terminal.

Internal flights with Air Asia are quite cheap and affordable, but there are also boats and ferries between the peninsula and the offshore islands. Peninsular Asia also has an excellent bus system to get from A to B. Visit MyRapid to see more information about buses and timetables in Malaysia.

Road rules are the same as in Britain and Australia- they drive on the left hand side of the road.

Keretapi Tanah Melayu Berhad (KTM)’s rail network reaches all parts of peninsular Malaysia. If you wish to get from the airport into the city there are various coaches but you can also take the KLIA Ekspres which takes just 28 minutes. Within KL you can get around using the LRT system.

When in Malacca you can get around using the colourful, flashing trishaws.

Hilton Hotels are running some great deals on Asia Pacific hotels. Travel to great destinations in Asia Pacific from as little as US$63(£40UK). Book now to avoid disappointment! The region includes everywhere from French Polynesia, NZ/AU all the way up to China/Japan.

If you’re budget conscious there are a number of good hostels in Malaysia. I recommend looking on Hostelworld. Kuala Lumpur has one of the best hostels I’ve ever stayed at- Reggae Mansion.

Top Things to Do in Malaysia

Drive around Langkawi- Langkawi is an extremely popular island for those wishing to take a vacation. The island’s small size makes it very easy to rent a car and drive around. It boasts white, sandy beaches and the most popular beach is Pantai Cenang on the west coast of the island. Don’t miss a ride in the famous Langkawi cable car which offers incredible views over the island.

Go diving and snorkelling in the Perenthian Islands- If you’re a budget traveller in search of sun, sea and sand- the Perenthian islands are the closest thing to paradise. Situated off the northeast coast of the island, these islands boast some of the world’s most beautiful, palm-fringed beaches and there are lots of opportunities for snorkeling and diving.