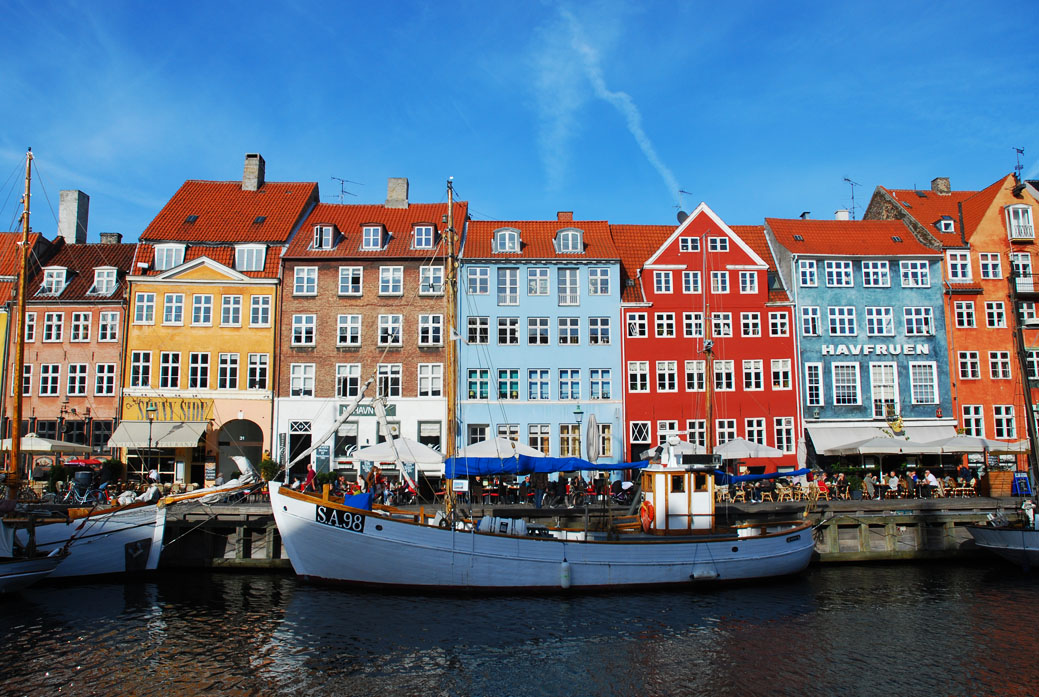 28 Oct Things to Do in Copenhagen 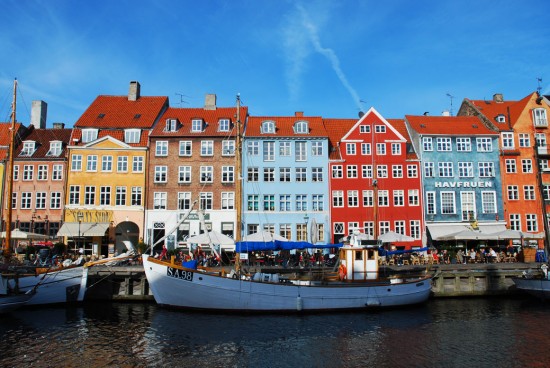 Denmark’s capital, Copenhagen, is considered to be one of the most environmentally friendly cities in the world, and it’s not hard to see why. Bikes are everywhere and they rule the roads, so join in the fun and explore Copenhagen on two wheels. Safe, clean and full of character- I quickly fell in love with Copenhagen.

Nyhavn is my favourite part of Copenhagen and a popular tourist area, with those instantly recognizable colourful buildings lining the canal. I was fortunate enough to visit Copenhagen on a very sunny week during September, when everyone was sitting outside the restaurants and cafes with a cold beer in hand.

If you like shopping then there’s Strøget (walking street) for high-street stores, but venture down some of the side streets and you’ll find vintage shops and individual boutiques. The Danish people in Copenhagen speak impeccable English and are very very trendy indeed. Get your converse, skinny jeans and blazer out and you’ll blend right in.

By day explore the city’s parks, palaces, canals and churches, or simply sit and people watch with a latte outside one of the many cafés. By night head to the up-and-coming Meatpacking District for some fun nightlife.

If you’re on a tight budget though, Copenhagen may not be for you, as the Danish Krone is particularly strong and the restaurants are rather expensive.

For some inspiration on things to do in Copenhagen, check out my list:

This iconic statue of the Little Mermaid sits on a rock in the harbour and symbolizes the fairytale of Hans Christian Anderson. Whilst it’s actually disappointingly small (only 1.25 metres high), it’s worth visiting to capture that famous shot with your camera.

The Botanical Garden, which contains Denmark’s largest collection of living plants, is a peaceful place to relax and get away from it all. There are several large historical glasshouses within the 25-acre garden. 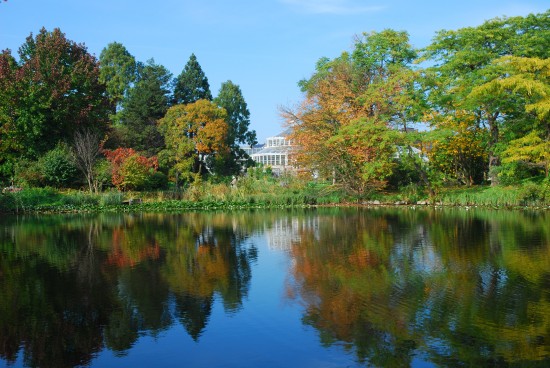 Nyhavn features on all the postcards of Copenhagen, with those cute, colourful 17th century townhouses lined up along the canal. Here you’ll find lots of cafes and restaurants, making Nyhavn is a fabulous place to sit outside and enjoy a coffee and some lunch. The canal is filled with historical wooden boats, and it’s here that the Canal Tours depart from. If you like Amber jewellery, check out the Amber museum here too. 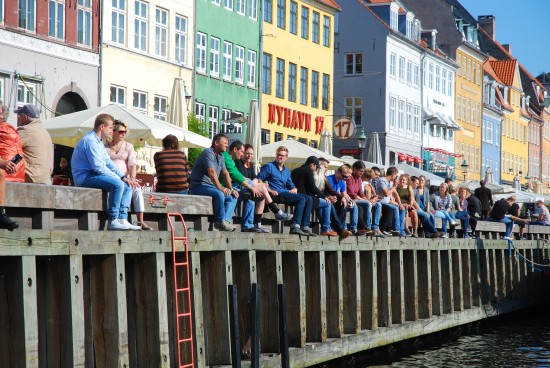 From Nyhavn there are regular canal tours that take tourists along Copenhagen’s canals and waterways to see some of the major sights. Lasting about an hour, it’s a fantastic way to see the city from a different point of view. The tour takes you to see the Little Mermaid, Copenhagen Opera House, the Church of Our Saviour, the Black Diamond and many other important landmarks. 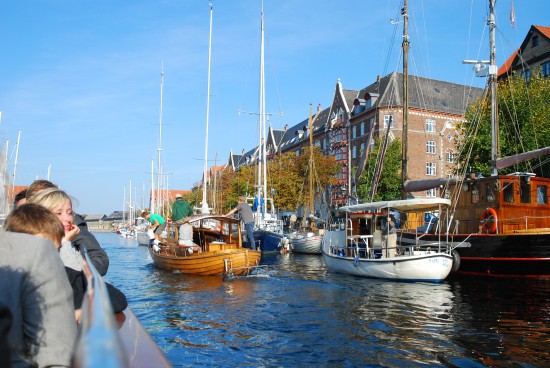 The Black Diamond Library on the waterfront gets its name because of its jaunty angles and polished black granite exterior. When the sun is in just the right position in the sky, the library twinkles just like a beautiful black diamond. The library was designed by Danish architects Schmidt Hammer Lassen as an extension to the old building of the Royal Danish Library, and was completed in 1999. As well as housing books, the library also plays host to concerts, performances, conferences and exhibitions. There are two museums inside the Black Diamond- the National Museum of Photography and the National Museum of Cartoon Art. 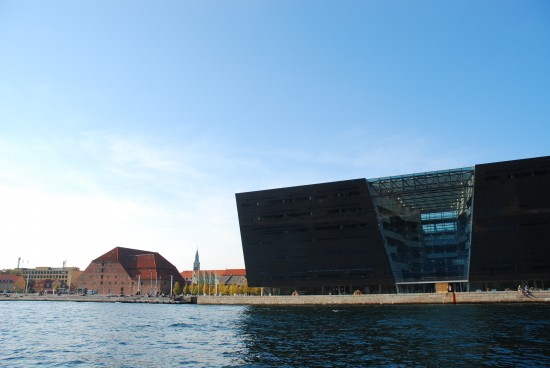 Tivoli Gardens is a theme park in the heart of Copenhagen, featuring gardens, rides, open air stages, restaurants and cafes. It was founded in 1843 by Georg Carstensen, who had grown up in a family that travelled a lot and was inspired by the many amusement parks he had seen around Europe. Tivoli is open during summer from April to September, and for Christmas over November and December when it turns into a winter wonderland. It is also open for just over a week around Halloween.

Rosenborg Slot, or Rosenborg Castle, is a renaissance building with a beautiful park called Kongens Have surrounding it. You can take a tour of the inside to see the Royal Collections, or simply laze on the grass in the sunshine. The castle was built between 1606 and 1634 as a summer house for Christian IV, and was used as a royal residence until around 1710. Important items in the Royal Collections are the Crown Jewels, the Crown of Christian V and the Royal Baptismal Font and Basin. 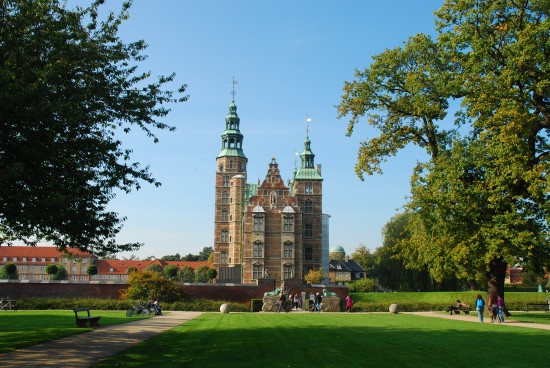 Christiansborg Palace is the seat of the Danish Parliament, the Danish Supreme Court and the Danish Prime Minister’s Office. It is worth paying the entrance fee and taking a walk around the Royal Reception Rooms, which the Danish Royal Family uses for receiving ambassadors, putting on banquets and hosting official functions. Upon entering, you are asked to put nice blue covers over your shoes so as not to dirty the floor! The reception rooms are incredible, with extravagant chandeliers, colourful tapestries, and extensive collections of china and tableware. A highlight is the Throne Room, where you can see the thrones of the King and Queen, and even the balcony where the monarchs are proclaimed. 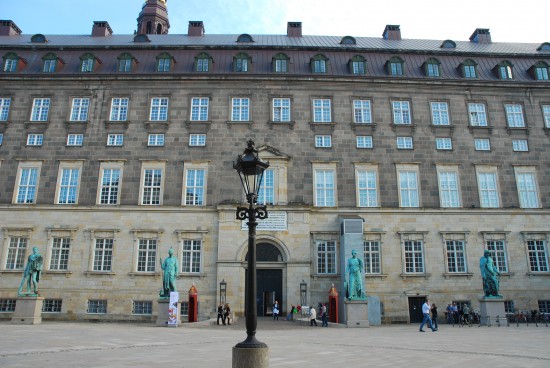 The Danish Christiana is a hippy commune in the borough of Christianshavn. In the 1970s a group of hippies took over abandoned military barracks and developed a society with its own set of rules. Freetown Christiana has been well known for its cannabis trade, with hash being sold openly in the street nicknamed “Pusher Street”. It was tolerated by the government until 2004, but since then the government has tried to crack down on it. Don’t take your camera with you to Christiania as photography is banned here.

Stroget or “Walking Street” is a pedestrian street full of high-street shops and expensive brands. Measuring 1.1 kilometers long, it boasts the title of the longest pedestrian street in Europe and runs from City Hall Square to Kongens Nytorv.

and if you’re loaded….

Have dinner in the world’s best restaurant

If you have the cash to flash, then book a table at Noma, the World’s Best Restaurant 2011. Not only is it expensive, you’ll also have to book months in advance. On Monday the 31st of October at 10 a.m. they start taking table reservations for February 2012. 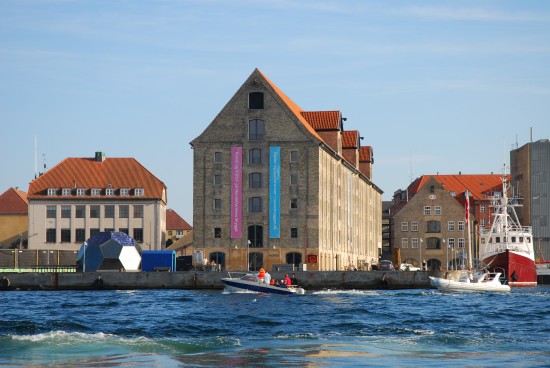