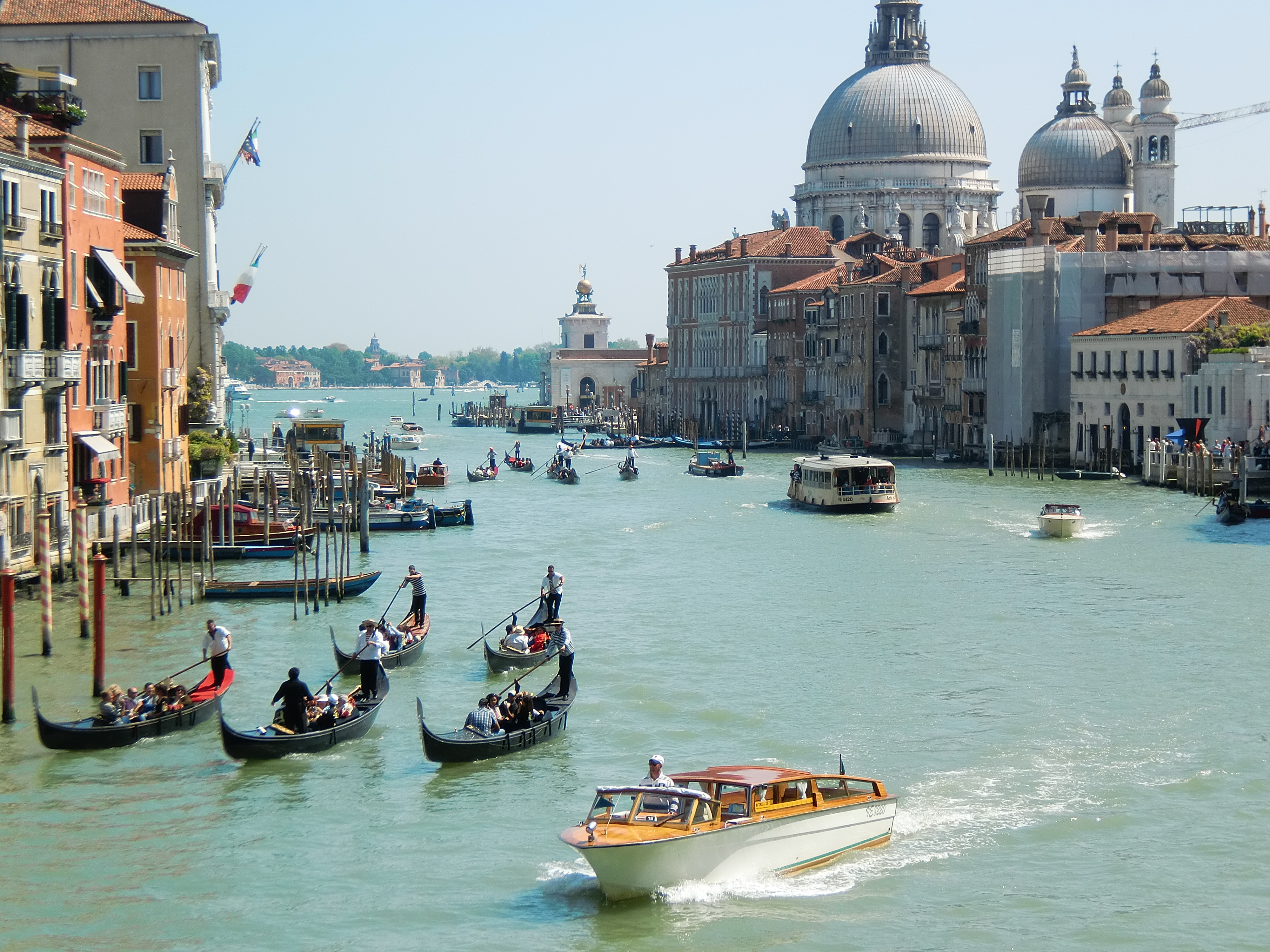 14 Jun Two Days in Venice: Things to See and Do

Venice is like no other city on Earth. On the busy Grand Canal gondolas share the waters with the vaporretto and other vessels, whilst the occasional gondolier can be heard singing O Sole Mio or playing the accordion. Walk to the bustling Piazza San Marco and you’re likely to be fighting your way past tourists whilst simultaneously trying to dodge the pigeons overhead. What makes Venice so unique is that the waterways are the roads. The strangest thing I saw was a Venetian fire engine floating down a narrow backstreet canal- that’s when I stopped and thought “this place is pretty cool”. Wind your way through the tiny backstreets and you’ll find quiet emerald green canals with pretty bridges and peaceful squares with artists’ workshops. 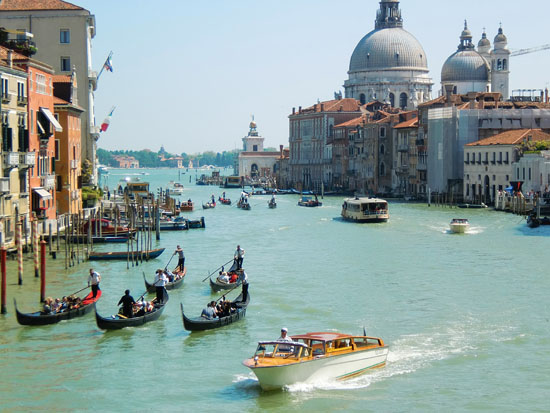 I’ve been to several places with the title of “little venice”, but seriously, the real Venice is like nothing I have ever seen before. A word of warning though, you are almost 100% guaranteed to get lost. Forget the map because you won’t be able to make any sense of it. Since Venice is full of canals and bridges, you cannot simply follow directions as you would with roads. I bumped into some people from my camp site who appeared to know where they were going…how did they know? “We just look at the sun for the general sense of direction and we’re bound to get there in the end”.

Venice is incredibly pretty but incredibly crowded. It was Easter when I visited and some cruise ships had just docked so I can imagine that made it even worse. The major sights in Venice are located around Piazza San Marco, but it was absolute bedlam, and the piazza isn’t the most attractive part of Venice. I much preferred walking around the pretty backstreet canals away from the sights, so if you want to see Venice, I suggest go for a wander and see where it takes you.

In many ways Venice itself is the “sight” but these are some of the main things to see and do. I covered all of these over two days in Venice:

Doge’s Palace- The Doge’s Palace is a magnificent gothic palace in Piazza San Marco. You have to dodge the crowds of tourists and the pigeons in the square to get to it! The Palace was the home of the elected Doge of Venice and the seat of the government for centuries. You can take the regular tour or the Secret Itineraries tour to explore its opulent interior, taking you through the elaborately decorated rooms and across the Bridge of Sighs to the Palace of the Prisoners. 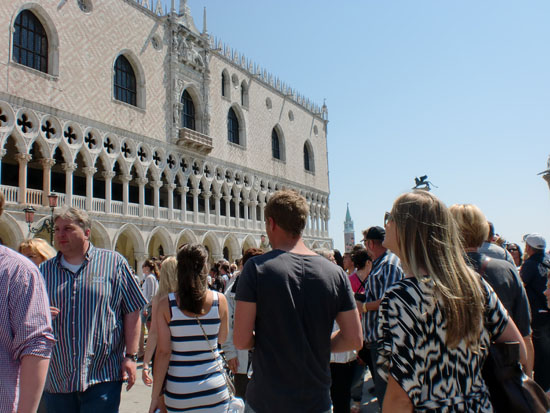 St. Mark’s Basilica– St. Mark’s Basilica, also in Piazza San Marco, is the most famous church in Venice. It was the chapel of the Doge, but in 1807 it became the cathedral of the Roman Catholic Archidiosese of Venice. The extravagant Byzantine church supposedly houses the remains of St. Mark, the patron saint of Venice. 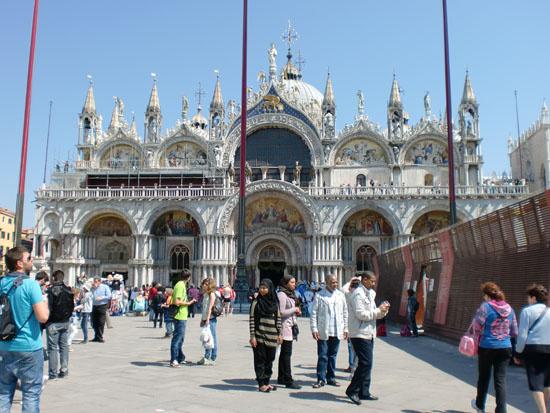 St. Marks Campanile– The tall red brick Bell Tower of St. Mark’s Basilica dominates Piazza San Marco. The original Campanile famously collapsed in 1902, and it was decided that it would be rebuilt exactly how it looked before. The new replica Campanile was inaugurated in 1912. 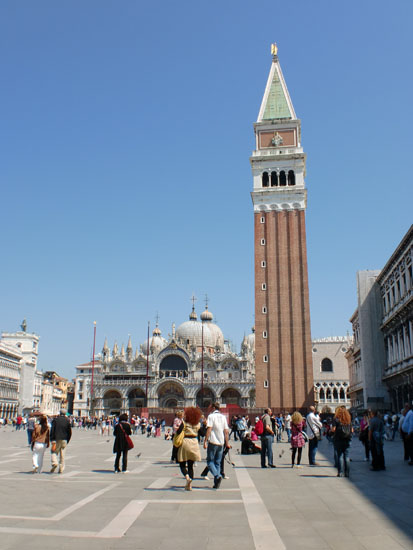 Gondola Ride- Venice is famous for its gondolas and a gondola ride is one of those once-in-a-lifetime things that you should do whilst in Venice. Whilst people talk about it being rather expensive, the ‘official’ price is 80 euros for 40 minutes and you can fit up to 6 people in one. You can get them to take you down the Grand Canal as well as the quiet backstreet canals. It’s a very relaxing experience and a great way to see Venice from a different perspective. If you want your gondolier to sing or play the accordion, this usually costs a bit more. 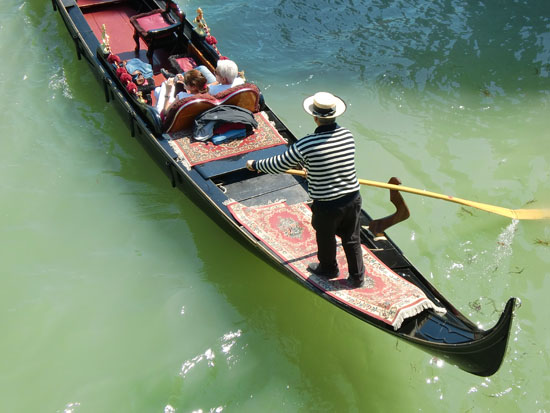 Rialto Bridge- The Rialto Bridge is the oldest bridge that crosses the Grand Canal. There are a lot of restaurants on the Canal here where you can have lunch with a view of the Bridge. Remember though, the closer you are to a major sight, the more expensive your food will be. There are signposts to the Rialto Bridge from Piazza San Marco and there are lots of shops selling jewellery and souvenirs actually on the bridge itself. 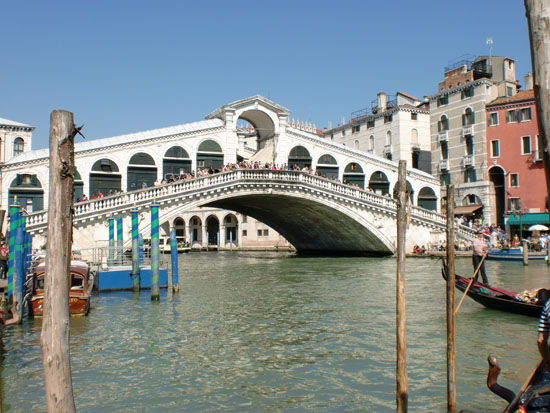 Accademia Bridge– This bridge is a wooden bridge that spans the Grand Canal in Venice, linking Dorsoduro with San Marco. It is a great place to take photos of the gondolas and boats going down the Grand Canal. 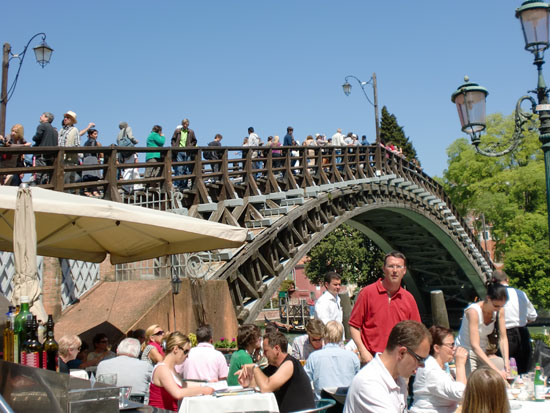 Of course Venice is one of those places you must stop for a slice of pizza, a gelado and an espresso. If you want to take home a souvenir from your trip to Venice, then a Venetian mask always makes a good present.