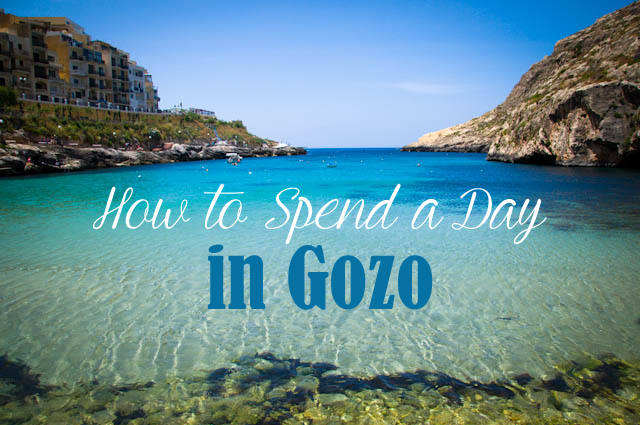 Gozo is a neighbouring island of Malta which is easily accessible by ferry as a day trip. If you’d like to a bit more time there you could decide to split your holiday between Malta and Gozo, or you could spend your entire time on Gozo- the choice is yours.

I was invited to Malta on the Blog Island blog trip along with three other bloggers and we took the ferry over from Cirkewwa on the north coast of Gozo, departing in the morning and returning about 6pm. You can see the ferry times over at www.gozochannel.com. If you’re going to do a day trip make sure you leave early in the morning because Gozo is stunning and you’ll probably never want to leave! We were originally supposed to depart at 4pm but ended up swimming and enjoying a few Aperol Spritz’s in the sun over at Xlendi Bay so we moved our departure to 6.

The vibe on Gozo is quite different to Malta; it’s smaller, quieter and generally less built up. It’s like Malta’s laid-back cousin and how could I not love it when I share the same name with its capital city?

The ferry takes about 20 minutes from Malta and there’s a cafe on board so I took the opportunity to try a Maltese pastizzi filled with pea. It was really rather good and tasted like a cross between a pasty and a samosa. On arrival at the port in Gozo we decided to catch a taxi straight to Victoria as some of us needed to pay a visit to the bank and get that out of the way, but for rest of the day we rode the Hop on Hop Off Bus to get around the island. Give yourself plenty of time over there because it’s likely you’re going to love it and will want as much time as possible to enjoy everything this place has to offer.

Soak up the View from the Citadel in Victoria

Victoria is the capital of Gozo and the main attraction here is the Citadella- a historic fortified city/castle perched on a hill. We climbed up the stairs and took a walk along the fortified ramparts to admire the breathtaking 360-degree panorama of Gozo’s hills and valleys, villages and churches. 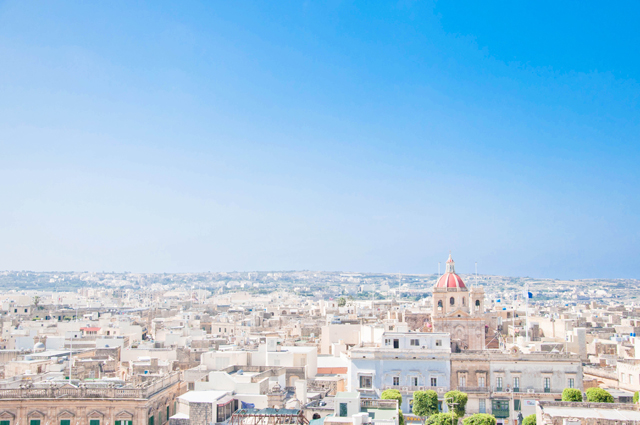 Look through the Azure Window

The Azure Window is one of Gozo’s main attractions and these days it’s especially popular because it was featured in the popular TV series ‘Game of Thrones’. This scenic rock arch was created when two limestone caves collapsed and is popular with scuba divers. There toilet facilities as well as various ice cream vans and food stalls in case you feel like some refreshments. 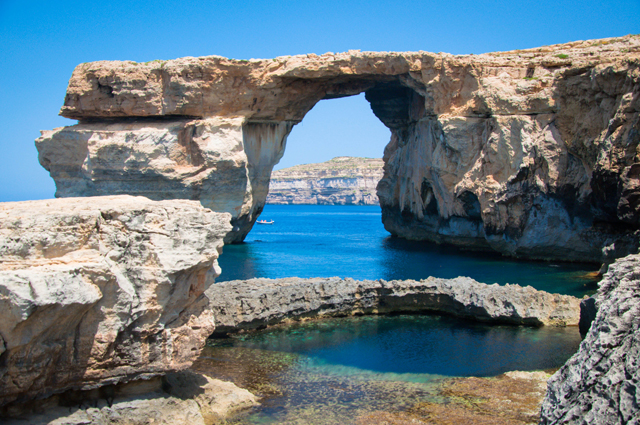 Xlendi Bay was my favourite spot on Gozo. The beach here is minuscule and pebbly, but that didn’t stop us parking our towels and going going for a swim. The bay itself is really scenic, with crystal clear, turquoise blue water and caves in the cliffs surrounding it. Xlendi is also lined with fish restaurants, so you have many options for lunch. I dined at Churchills with Chris from tour-monde.fr and we both agreed this was probably the best meal we’d had on the trip. We started with some seafood pasta, followed by grilled, freshly caught sea bream and calamari, then finished off our meal with a couple of drinks in the sunshine. This is the kind of place you can easily while away an afternoon. 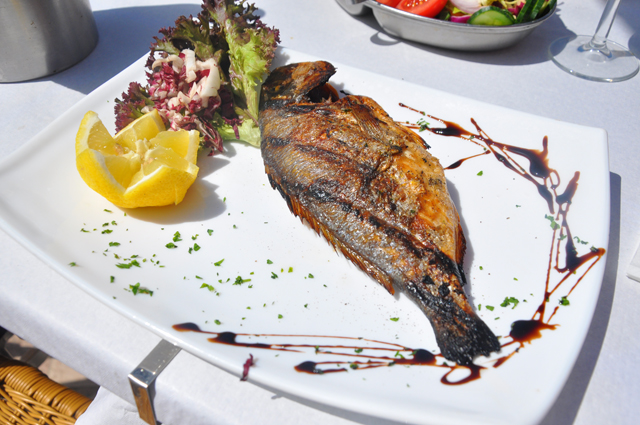 Get sand between your toes at Ramla Bay

Ramla Bay is a rugged bay on the north coast of Gozo and one of the best beaches on the island. You can sunbathe on the fiery orange sands next to a statue of the Virgin Mary, which was placed on the beach in commemoration of a shipwreck. Tourists come here for the bay’s natural beauty and there’s virtually no development here, aside from a couple of kiosks. You can get here by bus or taxi, or rent a car and drive to it. 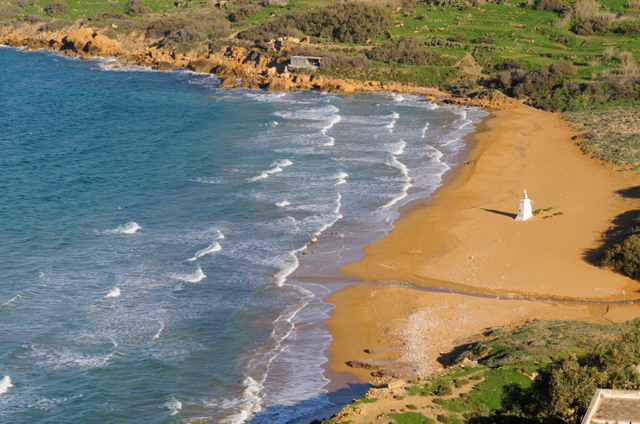 You can catch a ferry to Gozo from Cirkewwa on the north of Malta and the journey time takes roughly 20-30 minutes.

You basically have about 4 different options for getting around Gozo. The first is to rent a car and there are a couple of car rental places close to the port- it shouldn’t be too expensive and if you’re from the UK or Australia, you’ll have no problem driving on the left hand side of the road. The other option is to ride the Hop on Hop Off Bus (tickets €17) which will take you to all the major points on the island. The only downside to this is it has a set loop and takes nearly 3 hours to complete, so it might not be the most efficient way for those who are short on time. We only rode it for part of the way, boarding at Victoria bus station and getting off at the Azure Window, Xlendi Bay and finally the Mgarr port. The third option is to ride the public buses (the cheapest but slowest option) and the fourth option is to take a taxi (more expensive but fastest option).

This post was brought to you as a result of the Blog Island Malta campaign, created and managed by iambassador in partnership with the Malta Tourism Authority and the support of Air Malta. Pommie Travels maintains full editorial control of the content published on this site.