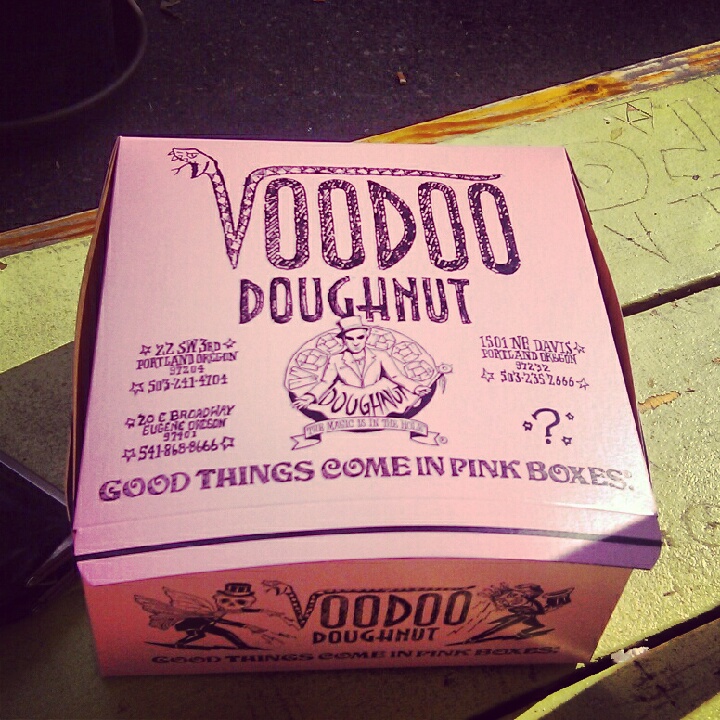 At the beginning of my two month trip around the USA I visited my friend Lindsay who lives in Portland, Oregon. We met in Bali back in 2009 and hadn’t seen each other since then, so it was a fab reunion! The best thing about visiting friends is that they know all the best spots to take you!

So without further ado, these are some of the fun things to do in Portland!

Voodoo Doughnuts in Portland are legendary. You can’t visit Portland without trying one of these! There are so many different ones to choose from, but the maple bacon doughnut is definitely worth a try! I also got the Old Dirty Bastard, which has Oreo’s, chocolate frosting and peanut butter! 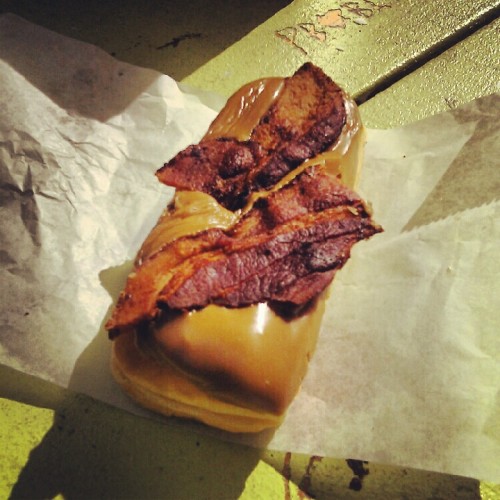 2. Stop and Smell the Roses at the Rose Test Garden

Portland is known as “The City of Roses” and it’s worth heading to this beautiful garden for some peace and tranquility. The International Rose Test Garden in Washington Park was founded in 1917 and is the oldest continuously operated public rose garden in the United States. It has over 7,000 rose bushes! Beautiful! 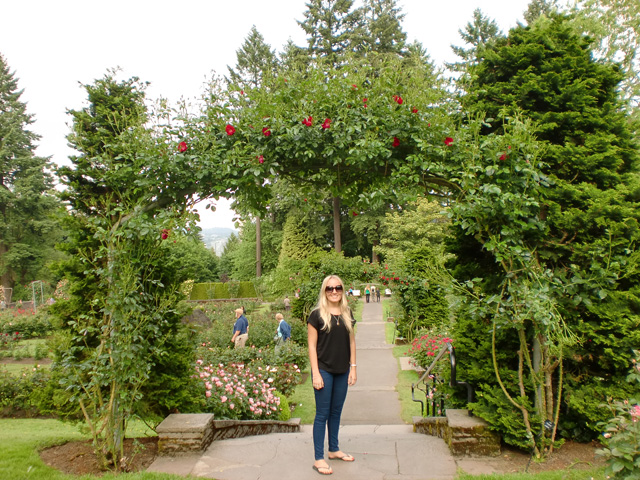 3. Get weird at Last Thursdays

Portland is weird, and so are Last Thursdays in Portland. On the last Thursday of every month there is a huge street fair around Alberta Street. The street is filled with hippies, fire dancers, drum circles, entertainers and food carts and there are so many sights, sounds and smells. The energy on Last Thursday is fantastic. 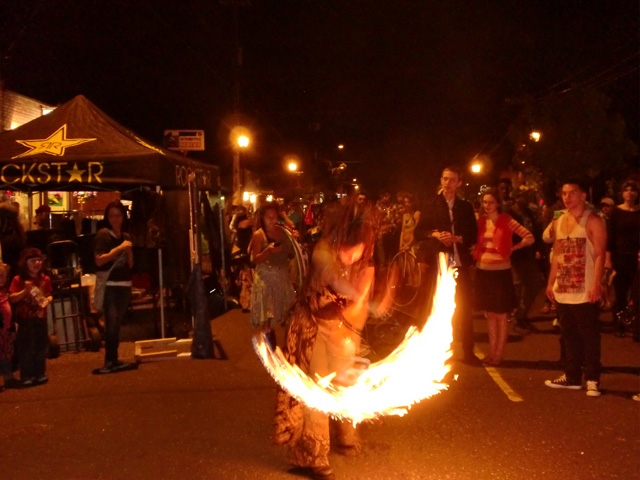 4. Be a Bookworm at Powell’s Books

Powell’s City of Books is the largest independent used and new bookstore in the world. The City of Books on Burnside occupies a whole city block, with nine colour-coded rooms on four floors!  It stocks over a million books and you can find all kinds of new, used and out of print copies. Grab a map, browse the aisles, breathe in the smell of new books and get a cup of coffee in their cafe! 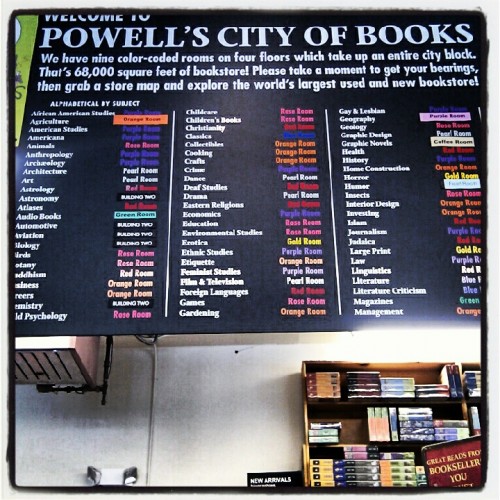 One of the best burgers I’ve ever eaten. They may be small, but the burgers at Little Big Burger in Portland definitely have a lot of flavour! At $3.25 these burgers are a steal and the fries are cooked in truffle oil…need I say more? If you’re really hungry, get 2. This burger joint also has a good selection of canned beers too. 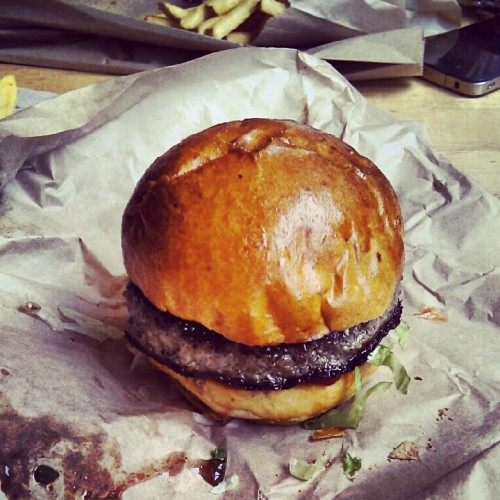 What? Eat an elephant’s ear? Actually elephant ears in Portland are these flat fried dough ears with lots of sugar on them. You can find them in street stalls all over Portland! This photo was taken at the Portland Saturday Market. 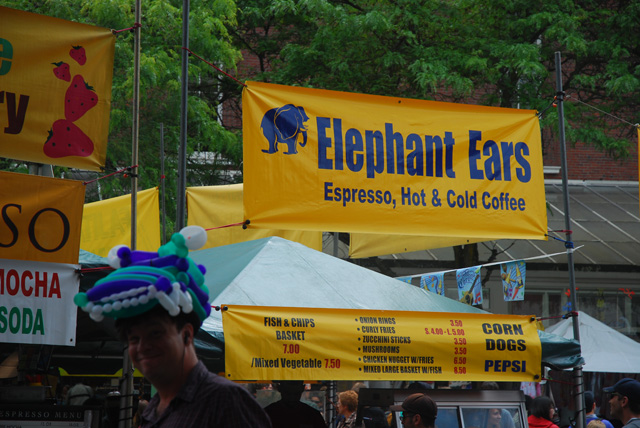 7. Watch the Street Performers at the Saturday Market

If you’re looking for things to do in Portland on a weekend, every Saturday and Sunday you can head to the weekend arts and crafts market located in Waterfront & Ankeny Parks in historic Old Town-China Town. Not only will you find a range of stalls selling local handicrafts and foods, you can also spend hours watching the street entertainers! 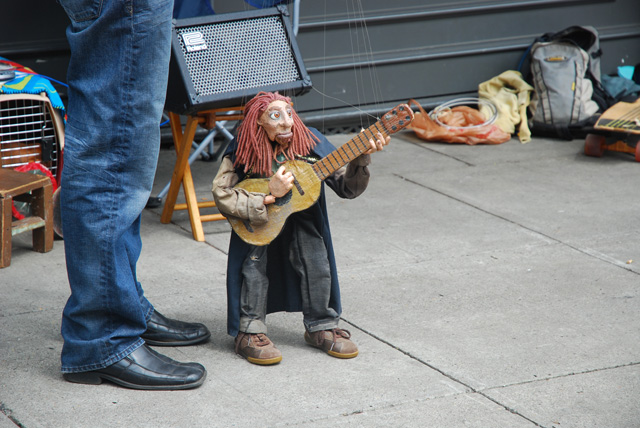 8. Admire the view from City Grill

Portland City Grill offers brilliant views of the city skyline and the Cascade mountains from the 30th floor. Lindsay and I went up there and ordered $5 Cosmopolitans and there’s a great Happy Hour menu! 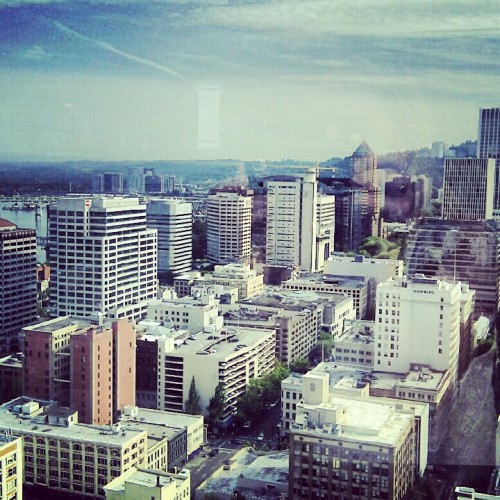 Portland is known for its beers and breweries. But for a really novel way to try beer, head to Zoo Brew– an annual Microbrew Festival at Oregon Zoo! You get to try beers and ciders from lots of different regional breweries, listen to live music and look at the animals! 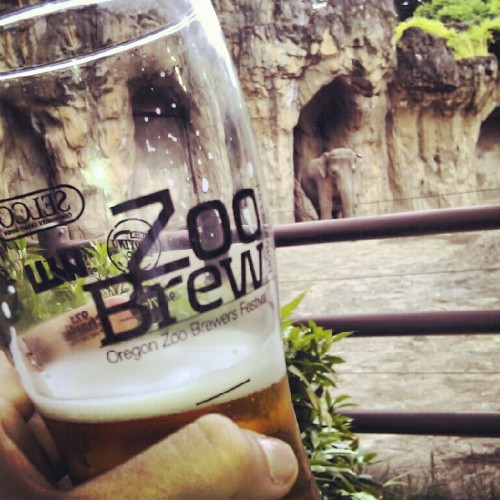 I had never heard of Kombucha when I went to Portland, but it seems to be a big new fermented tea trend. Kombucha is supposed to have a variety of health benefits and is often known as ‘mushroom’ tea because of the mushroom-like culture of bacteria and yeast that forms in it. The drink is an acquired taste, but I really liked Lion Heart Kombucha in Portland. This artisan Kombucha brewery has several different flavours for you to taste, and you can purchase jars of it in different sizes, or simply buy a cup of your favourite flavour. 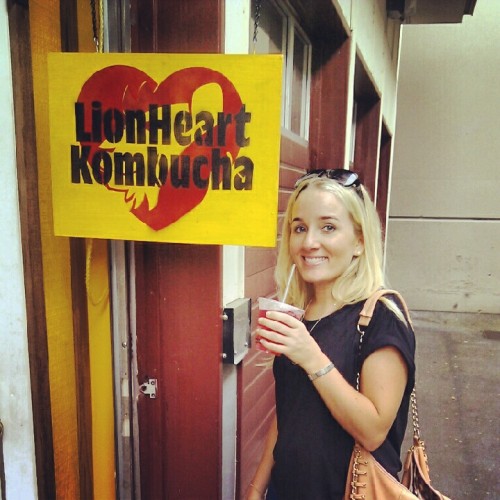