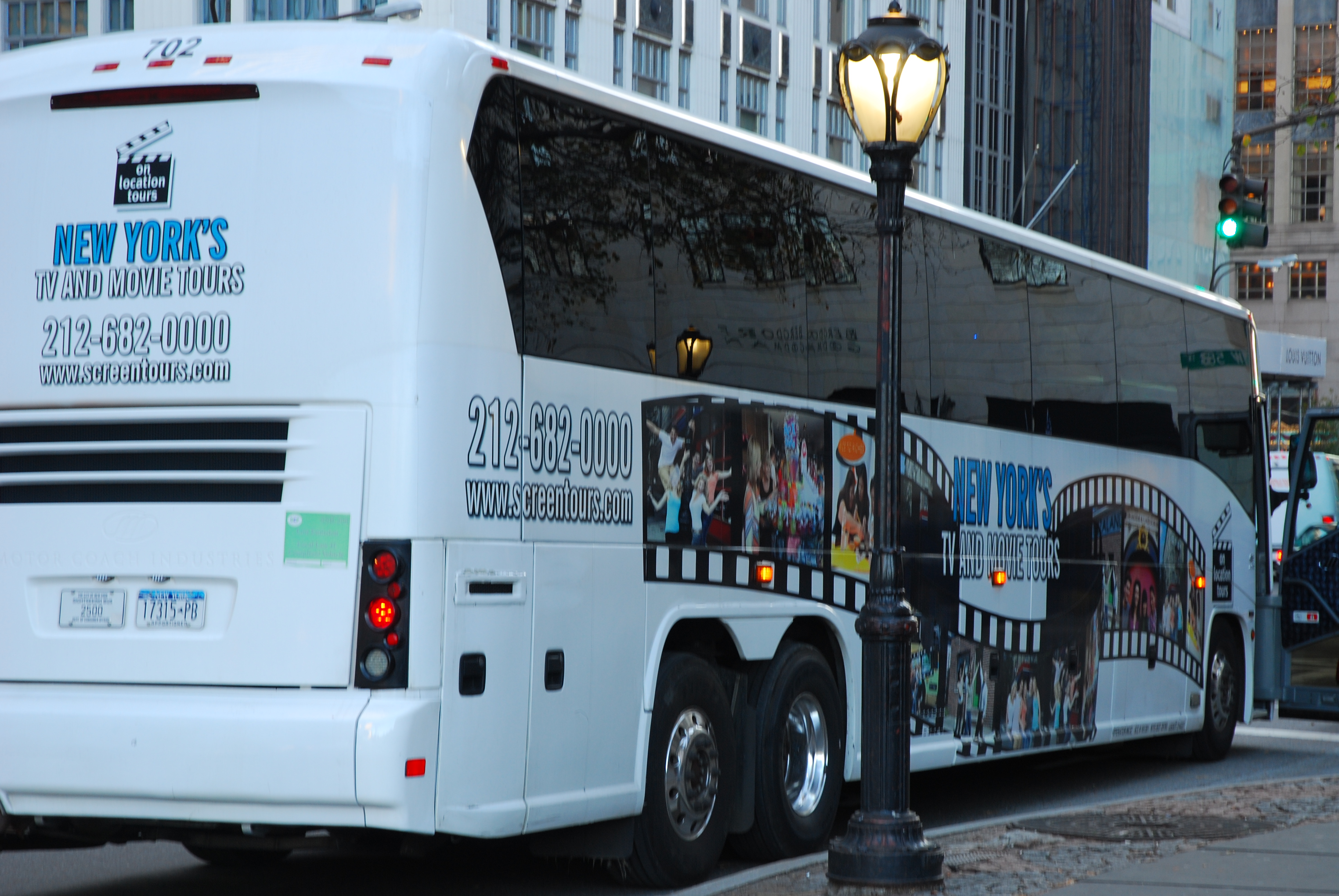 21 Dec Sex and the City Tour of New York

There are five main characters in Sex and the City: Carrie, Miranda, Samantha, Charlotte… and New York.

Big may be the perfect man for Carrie, but if you ask me, her real love affair is with New York City.

I’m a big fan of Sex and the City, so when I was invited by On Location Tours to try the Sex and the City Hotspots tour of New York, I was excited to follow in the footsteps of Carrie’s Manolo Blahniks. 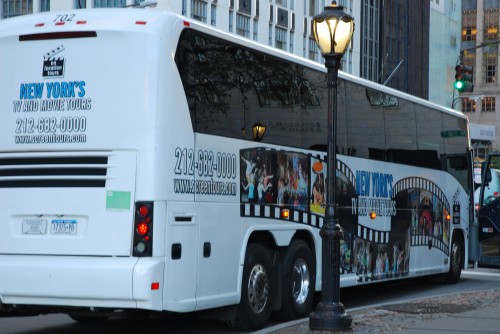 I hadn’t always considered myself to be a bus tour kind of person until I did the Sound of Music Tour in Salzburg and had a really great time. Even if you haven’t seen much of the show, if you go into it with an open mind, you can enjoy some sights that you wouldn’t usually see.

The Sex and the City bus tour starts by the Pulitzer fountain at the Plaza hotel, which is an appropriate place to start since this was where Carrie saw Mr. Big with his bride Natasha in Season 2. The inside of the Plaza was also used for the episode where Carrie read out a wedding poem and Big rudely took a phone call!

The tour bus is equipped with TV’s so you can watch clips from the movie before you see the sights through the window. Our tour guide, Lou, was really enthusiastic and made the tour really entertaining for everyone, plus she really knew her stuff about Sex and the City! For 3 1/2 hours we were driven past many major filming locations from both the Sex and the City TV series and the movie, plus we had several stops along the way.

Even though I’ve seen each SATC episode at least once, it was nice to have the TVs there to jog my memory as we drove past each filming location. 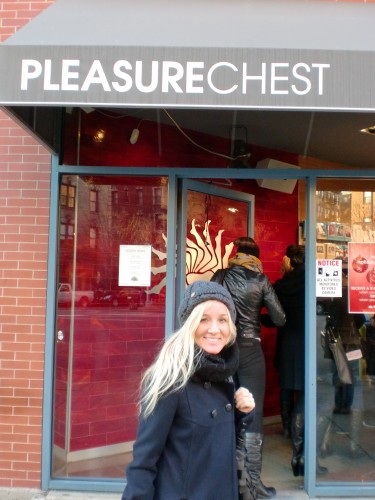 The bus then took us to Budakkan, which was a filming location used in the Sex and the city movie. This Asian restaurant on 9th avenue has a sexy, dark, dramatic interior with a huge European tapestry at the entrance and lots of cool white urns. Inside you can have your picture taken on the balcony where Carrie and Big peeked over at the huge banquet table on the night of their rehearsal dinner in the Sex and the City movie. Take your camera for this one! 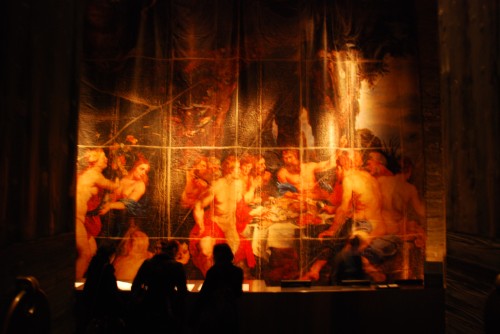 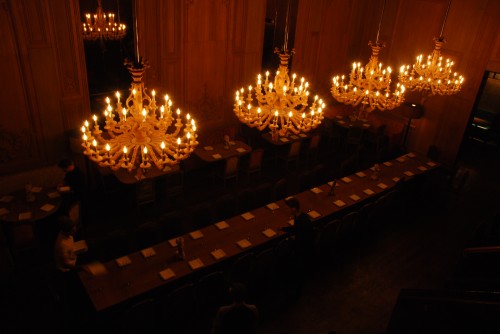 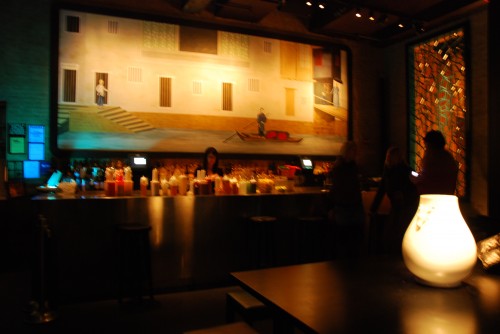 Cupcakes & Shopping in the West Village

Feeling a bit peckish mid-afternoon, I was relieved to learn we would be treated to cupcakes on the tour! These weren’t just any cupcakes though, they were from Magnolia Bakery on Bleecker Street, which is famous for its cakes and desserts. It was here that Carrie and Miranda devoured cupcakes as they talked about Carrie’s crush on Aiden. They were so yummy and the frosting was so light! We were given about half and hour to go shopping on this street, so I went and bought cosmetics in Fresh as a birthday present for my Mum. We were given booklets with discounts for Bond No.9, Alexis Bittar and Fresh, so if you’re thinking about buying something from any of these stores, make sure you mention that you are on the Sex and the City tour. 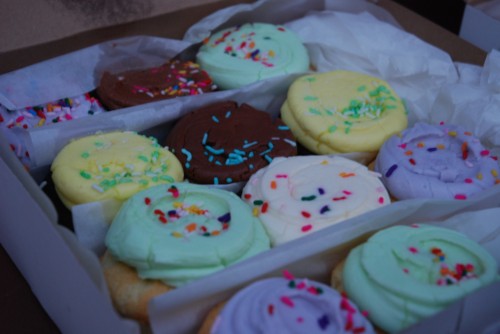 The last hotspot was probably the highlight of the tour- a trip to Onieals Grand Street for cosmopolitans! This bar usually charges over $20 for a cosmo, but if you’re on the tour you get them for $9, which is a bargain in New York! Onieals was used in the episode where Aiden and Steve partner together and open their own bar called Scout. 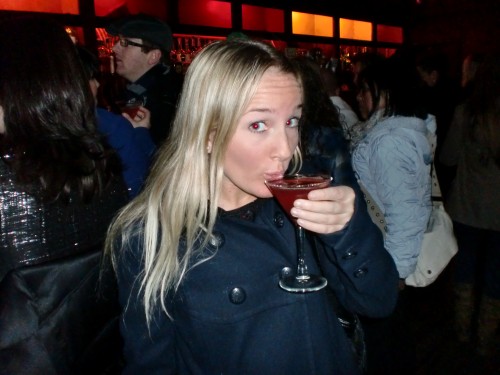 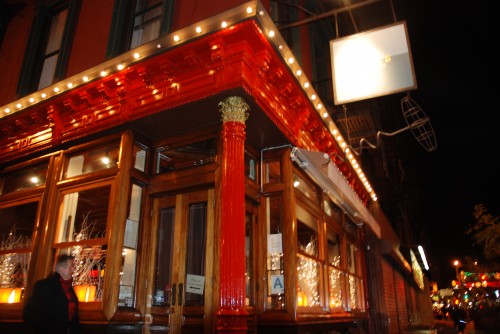 To round off the trip, were were dropped off at Bryant Park, which was appropriate as it was used for the Fashion Week scene in the first Sex and the City movie.

I left this tour feeling like I had seen something a little bit different of Manhattan besides the usual tourist sights. I got my television fix, did some shopping on Bleecker Street, satisfied my sweet tooth with cupcakes from Magnolia bakery and sipped on a Cosmopolitan in Manhattan, in true Sex and the City style. Whilst a bus tour can be a little bit restricting if you want to take pictures of all the sights, once they’ve been pointed out, you can always go back another day and experience them in your own time!

Many thanks to On Location Tours for inviting me on a complimentary Sex and the City Hotspots Tour in New York.