12 Nov 8 Ways to Circumnavigate the World 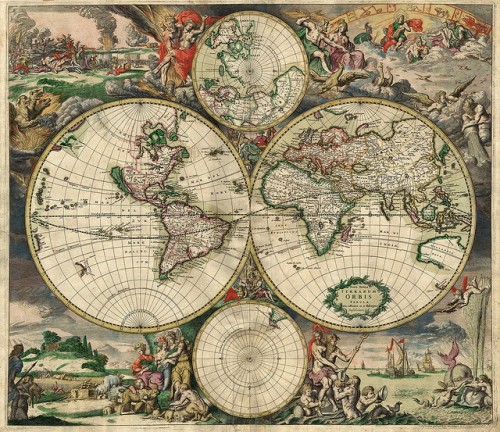 Travel bloggers and backpackers claim to be on round the world trips these days, which is relatively easy with cheap flights and round the world tickets and a whole host of overland transport methods from trains to ferries. But throughout history man has had an obsession with taking on the daring challenge to circumnavigate the world. So what does it truly mean to circumnavigate the globe and what are the different ways to do it?

‘A true circumnavigation of the world must pass through to point antipodean to each other‘. Norris McWhirter, founding editor of Guinness, 1971.

“A true circumnavigation of the Earth must: start and finish at the same point, traveling in one general direction, reach two antipodes, cross the equator, cross all longitudes, cover a minimum of 40,000km…” Explorers Web AdventureStats, 2007.

People often debate what is a true circumnavigation and sometimes take into account the limits and practical constraints depending on the mode of travel, such as human powered travel for example. Either way, the following list of ways people have travelled around the world is pretty impressive.

1. Running- Seems mad to attempt to travel the world completely on foot, especially as humans can’t walk on water, but that’s what the Running Man did. The Running Man ran across all land masses, which The Guinness World Records acknowledged as a circumnavigation in the record books. Robert Garside took 5 years and 8 months to run 35,000 miles in 30 countries around the world after setting off in Delhi, India, in 1997. He also found love whilst on his run- he met Venezuelan Endrina Angarita Perez while in Caracas. 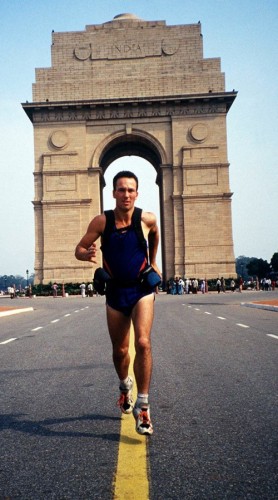 2. Sailing- The first world circumnavigation by ship was Ferdinand Magellan and Juan Sebastian Elcano’s expedition. The expedition left in August 1519 and took over three years to complete. Unfortunately Ferdinand Magellan died in a battle along the way but Juan Sebastian completed the journey through the Indian Ocean and around Cape Horn to make it back to Spain. The Vendee Globe round the world race is a yacht race for single handers. The yachts sail round the world, starting in Les Sables d’Ollone, with no stopovers and no assistance. The first race consisted of 13 single handers in 1989- the latest was in 2008, when 20 navigators headed towards the three capes of Africa, Australia and America. The next will be in 2012. 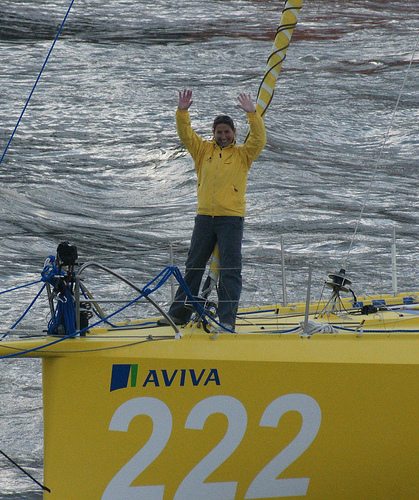 3. Aviation- The earliest aerial circumnavigation was by 2 US army Douglas DWC amphibian planes called ‘Chicago’ and ‘New Orleans’ taking 371 hours and 11 minutes. They made it around the world in 57 ‘hops’ between 6 April and 28 Sept, 1924 beginning and ending at Seattle, Washington State. The ‘Chicago’ was piloted by Lt. Lowell Smith and Lt. Leslie Arnold, the ‘New Orleans’ by Lt. Eric Nelson and Lt. John Harding. The planes didn’t, however, enter both hemispheres. In 1929 Australian Charles Kingsford Smith completed the first aerial circumnavigation flying within both hemispheres and the first trans-pacific flight in 1928. 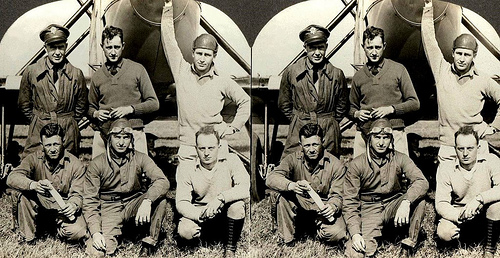 Cruise-It is technically now possible for you or I to go on an around the world cruise. The RMS Laconia was the first cruise to circumnavigate the world in 1923, taking 130 days and calling in at 22 ports. 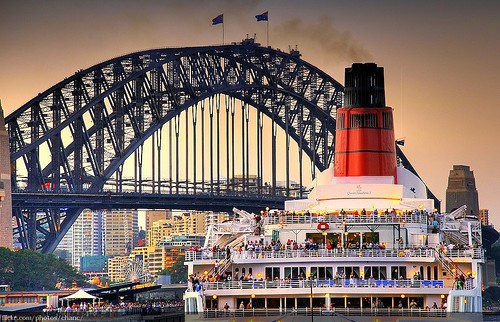 Solar plane– Seems impossible doesn’t it when the sun is only out during the day? Solar Impulse is a project to circumnavigate the world by solar plane, promoting renewable energy sources whilst completing a world record. Bertrand Piccard and Andre Borschberg aim to push the limits of the impossible by building the first solar powered aircraft to fly both day and night that is propelled purely by energy from the sun.  To do this, the team will record the exact times of the sunrise and sunset so the pilot can make sure he has full batteries when night comes, and use the power economically during the night. On 7th July this year, 2010, Bertrand and Andre successfully completed the first night filght, with the non-stop flight totalling just over 26 hours. So maybe it is possible…the duo plan to travel around the world by solar plane in 2011. 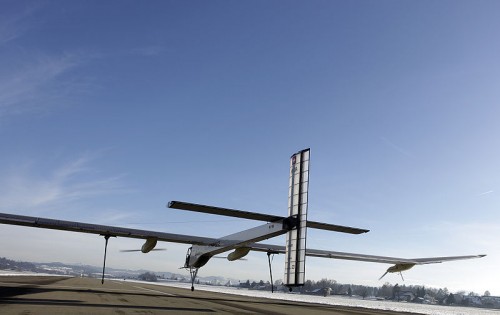 Balloon– A decade ago, Bertrand Piccard and Brian Jones circumnavigated the world in their Roziere balloon. It took them 19 days, 21 hours and 47 minutes in the air before they landed in the Egyptian dessert, successfully completing the first circumnavigation of the earth in a balloon. They landed with just 40kg left of the 3.7 tons of fuel they left the Swiss Alps with, showing just how close they came to running out. They achieved what aeronautic experts said would be impossible- after 21 attempts had been made to pilot a balloon around the world without touching down, Bertrand and Brian finally made it, breaking 7 world records. Steve Fossett, who had attempted and failed to circumnavigate the world by balloon 5 times previously, showed that perseverance pays off when he finally became the first person to circumnavigate the world by balloon completely on his own in 2002. 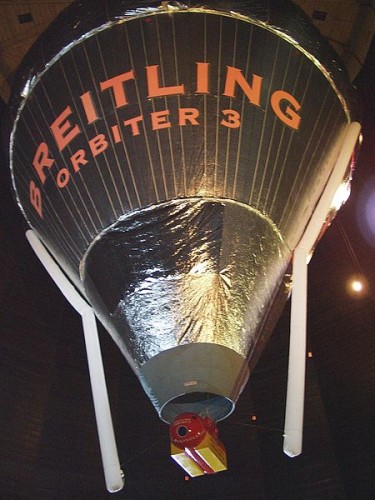 Human Powered- Expedition 360 was the first true circumnavigation of the world by human power, reaching antipodal points on the surface of the globe without the use of motors or engines. It involved many modes of transport including bicycles, in-line skates, swimming, kayaks, rowing and a pedal powered boat. Englishman Jason Lewis travelled over 45,000 miles across 5 continents, two oceans and one sea. It took him a long 13 years before he finally arrived back in Greenwhich. During the trip he was knocked down whilst in-line skating across America and broke both his legs, spent six weeks in recovery and nine months in hospital before he carried on with his journey. If that’s not commitment I don’t know what is.

Bicycle- Mark Beaumant broke the record for cycling round the world in 2007/8 after cycling for 194 days and 17 hours, breaking the previous record by 81 days. He arrived back at the Arc de Triomphe in Paris after travelling 18,296 miles through 20 countries. The ride was filmed for a BBC TV series and he held the record for the last two years until Vin Cox took the Guinness World Record in August 2010. The champion cyclist travelled 18,225 miles through 17 countries in 163 days, 6 hours and 58 minutes.

circumnavigation, round the world travel