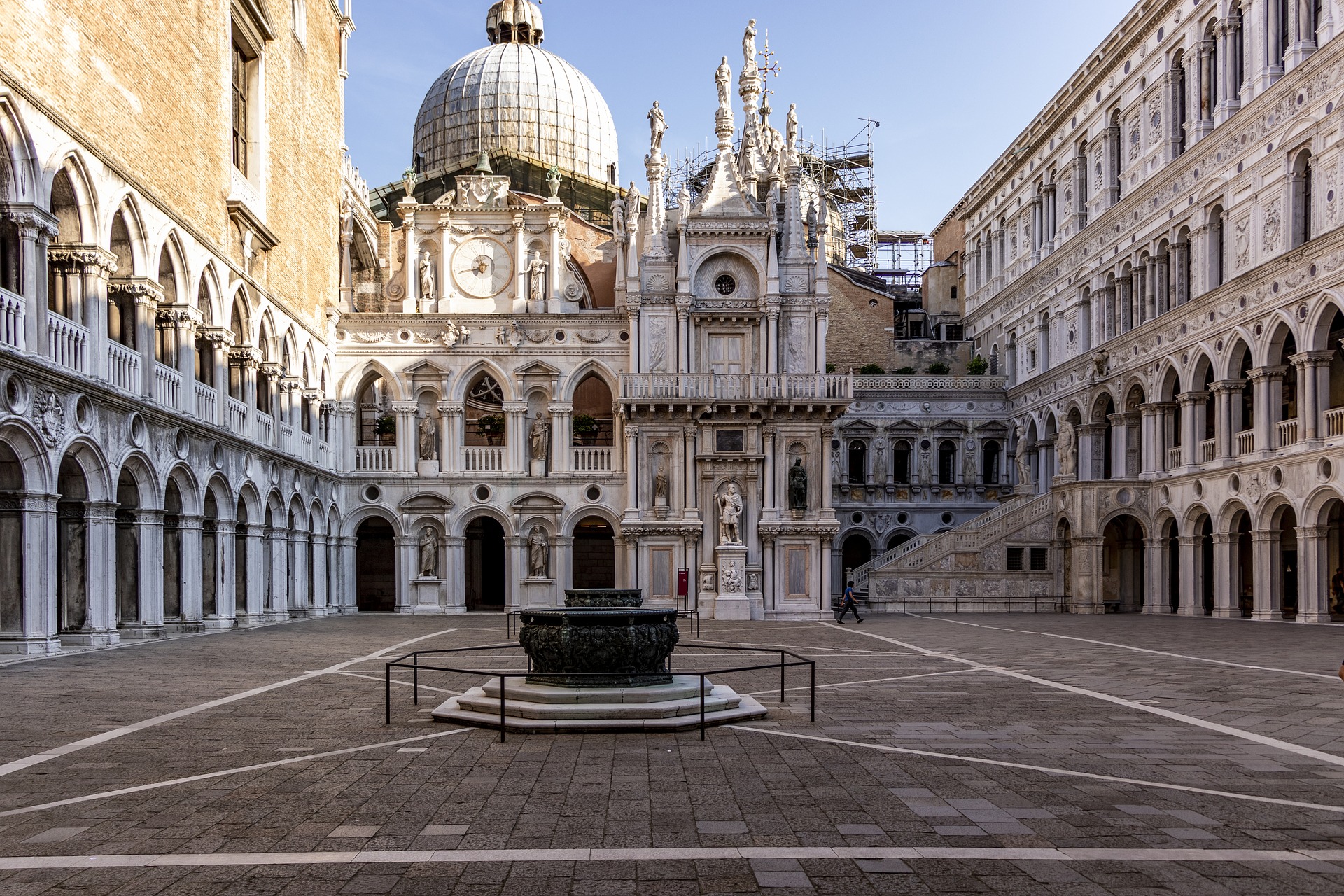 The Doges Palace and St. Mark’s Basilica are two of the most famous attractions in Venice and a must-see on your visit to the city. The Doges Palace was the home of the Doge, as well as Venice’s government, courts and prisons for seven hundred years. Saint Mark’s Basilica was originally the chapel of the Doge, but became the city’s cathedral in 1807.

The first time I went to Venice I simply stood in Piazza San Marco and marveled at the exterior of these buildings since the lines were just far too long.

But finally, on my second visit to Venice, I got to venture inside both these buildings on the VIP Access Secret Itineraries Tour with Walks of Italy.

If you’re looking for guided tours in Venice, you’re in great hands with this company, which runs walking tours all over Italy and Europe. 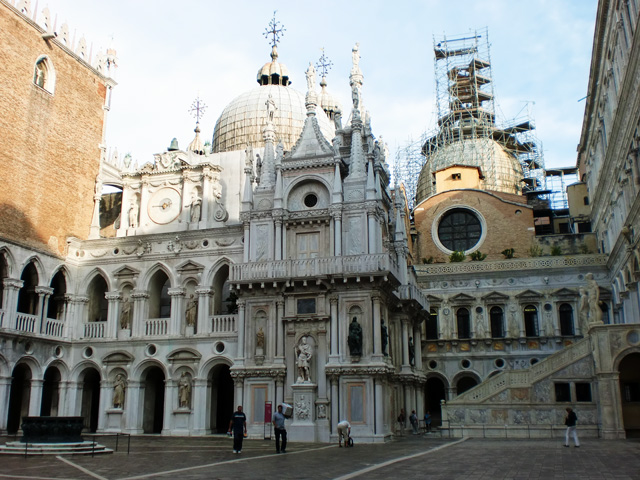 The tour allowed us to get away from the crowds by exploring the secret passages of the Doge’s Palace, revealing the rooms that other tourists don’t usually get to see see. We had VIP access to the secret archives, offices, torture chambers and prison cells, including the cell of famous lothario, Giacomo Casanova.

After the secret passages we walked around the opulent rooms of the palace and across the famous Bridge of Sighs. We also got to skip the queues at Saint Mark’s Basilica and walk right in!  The view from the panoramic terraces across Saint Mark’s Square is definitely a perfect photo opportunity!

On the day of the tour our group met at the rather early hour of  08:30am at the base of the Winged Lion column in front of the Doge’s Palace. There were 8 of us in total so the group was a comfortable size. I have never seen Venice so quiet and empty…it’s definitely worth getting up early to beat the crowds!

In the courtyard of the Doge’s Palace our expert guide explained a bit about the history of the city and the religious and political seats of Venice. 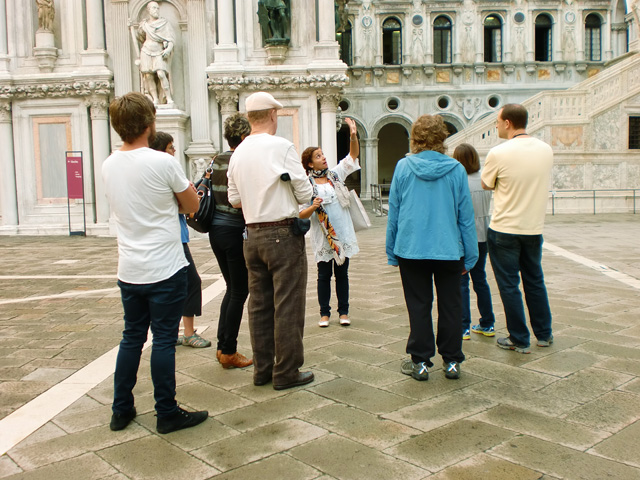 We then proceeded inside and climbed up the beautiful golden staircase to start our tour of the secret passages. We walked through secret rooms with squeaky wooden floors, and visited a torture chamber where prisoners were interrogated. The torture chamber was gruesome but fascinating…it had what looked like a noose, but the rope was in fact used to tie the prisoner’s hands behind his back and then it would be raised until it disjoint his shoulders and back bones!

My favourite part of the tour was learning about the legendary womaniser, Casanova, and his escape from the prisons of the Doge’s Palace. We stood inside his original cell, while our guide relayed the incredible story of his escape. Casanova must have been really tall for his day, because the ceiling was too low for him to stand up straight. The ceiling did seem a bit low, but everyone in our tour group managed to stand up straight in it!

There was also a fun part where our tour guide showed us a secret door, which opened out into one of the decadent halls. As she opened the door, there were groups of tourists stood behind a velvet rope looking back at us, wondering how we got there! 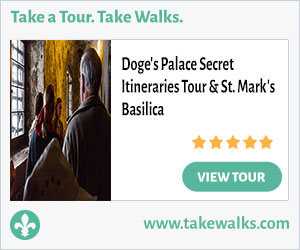 After a tour of the secret passages our knowledgeable guide showed us around the rest of the Doge’s Palace, explaining the magnificent paintings that we saw along the way. We saw the Doge’s ornate apartments, the Hall of the Great Council and other richly decorated rooms, before ending the tour of the Palace at the Bridge of Sighs, which connected the interrogation rooms to the new prison. The view from this bridge was the last view of Venice these people saw before their imprisonment. 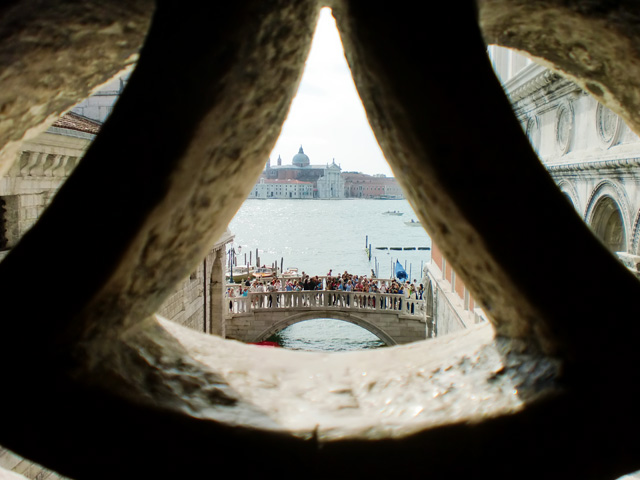 Back outside again, the scene in Saint Mark’s looked very different to the scene we saw at 08:30am. There were now crowds of people and huge lines to enter Saint Mark’s Basilica, so I was glad we could skip the queues.

Saint Mark’s is one of the most beautiful cathedrals I have ever seen in my life! This beautiful piece of Byzantine architecture has a shimmering gold ceiling and contains 4,000 square metres of mosaic.

Once the private chapel of the Doge himself, Saint Mark’s is now the official cathedral of Venice. If you look down you’ll notice the floor is rather uneven, a subtle indication that the foundations are actually shifting. 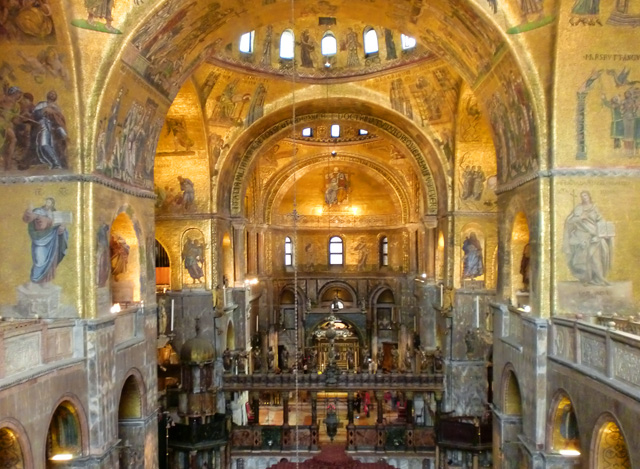 The best bit for me was when we walked out onto the panoramic terraces where we were presented with incredible views of Piazza San Marco. We could see the Grand Canal, the Campanile and The Torre dell’Orologio (clock tower). This is definitely one of those postcard photo moments! 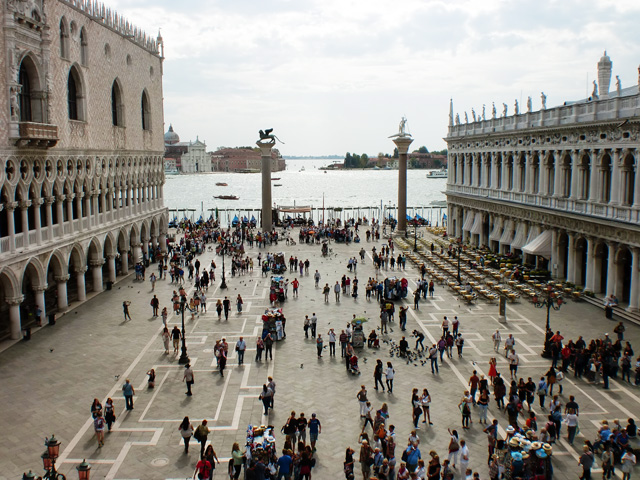 This Doge’s Palace Secret Passages tour lasts about 3 1/2 hours and meets in St. Mark’s Square. The max number of people in the group is 20.

For more information about dates and prices visit the Walks of Italy website.

If you want to visit the Doge’s Palace, this Doge’s Palace secret tour was a great tour. I’ve not always been a fan of walking tours because I tend to get a bit distracted but this tour was super interesting.

Walks of Italy runs lots of walking tours of Italy, including cities such as Venice, Rome and Florence.