After the Travel Bloggers unite conference in Porto this summer, I decided to catch a cheap flight to Toulouse, then take the train from there to Nice. I spent a week on the French Riviera, exploring the towns of Cannes, Antibes, Nice, Villefranche, Cap d’Ail, Eze Village and Monaco. It’s a beautiful part of the world, and definitely one of my favourite beach destinations in Europe.

The best thing about the Cote’ d’Azur is that you can hop from beach to beach and place to place very quickly. Here I’m going to share information about how to get to the French Riviera from other countries and parts of France, followed by options for local transportation along the French Riviera. 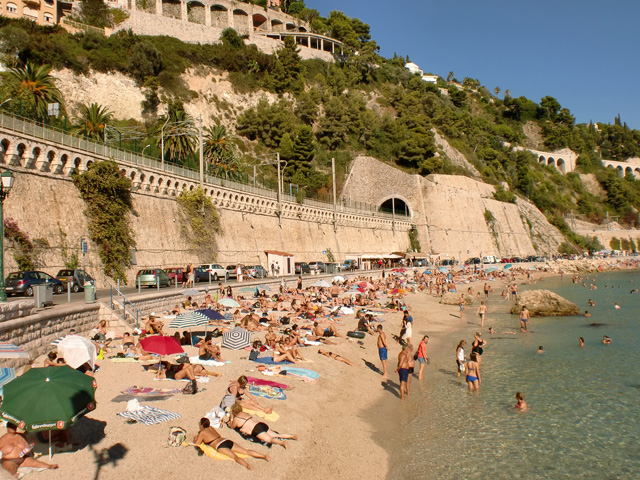 Getting To the French Riviera

Nice Airport is served by several budget airlines including easyJet, bmibaby, Flybe, Jet2 and Vueling. You can fly into Nice Cote d’Azur Airport from the United Kingdom and other parts of Europe and then catch a train, bus or taxi to wherever you are staying on the French Riviera.

If you have the cash to splash the most glamorous way to get to Monaco is by helicopter transfer, which takes a total of 7 minutes!

If you’re coming from London you can take the Eurostar from London St.Pancras to Paris, then catch the TGV from Paris’s Gare du Lyon to Nice. If you’re coming from Italy, you can catch a train from Ventimiglia, which takes about an hour to Nice, stopping at several stops along the way including Menton and Monaco. The French Riviera is generally well served by trains to/from the rest of France, but not so much from neighbouring countries.

The main advantage of renting a car is the flexibility it provides. If you’re feeling adventurous you could hire a car from London and drive through France to the Cote d’Azur. It would take a couple of days but there is some beautiful scenery and you can break it up with stops in Paris and Lyon on the way. A car is great for getting to all those little hard to reach places, and let’s face it, there’s nothing like a good road trip!

Bus travel in Europe can take a long time and isn’t necessarily the cheapest option, but check out Eurolines for international buses, which stop at Gare Lindbergh near the airport in Nice. 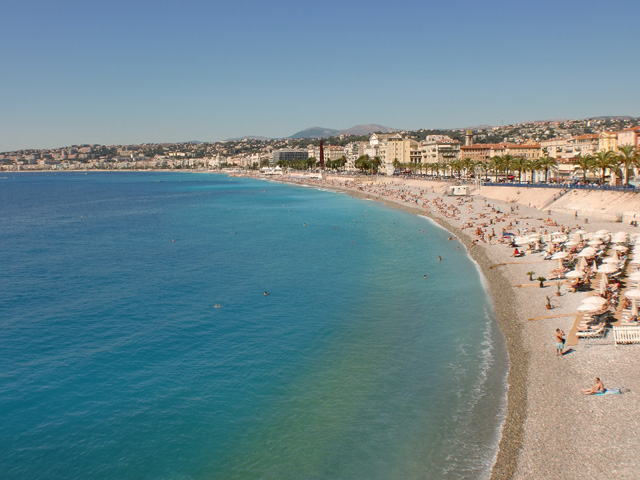 Getting Around the French Riviera

French Riviera transportation is cheap and efficient, but there are a variety of options that I thought I would share with you here.

The train is the fastest form of public transportation for getting around the Cote D’Azur. There are frequent trains that depart from Gare Nice Ville to coastal towns such as Antibes, Juan Les Pins and Cannes to the West, or Villefranche, Beaulieu, Cap d’Ail, Eze Sur Mer, Monaco and Menton to the East. Don’t forget to validate your ticket before boarding the train.

The bus is a scenic and most inexpensive way to travel along the French Riviera. I took the bus from Nice to Monaco, which costs €1 and takes about 45 mins-1 hour depending on traffic. The beautiful thing about this journey is that it travels right along the coastline, so you have some brilliant views, and it stops at all the little towns along the way. I would also recommend taking the bus from Eze Sur Mer up to Eze Village- it’s a beautiful perched village up in the mountains.

The other alternative is to rent a car when you get to Nice and drive the French Riviera. It’s convenient and gives you the flexibility to go where you want, when you want. With a car rental, you can get to places that public transportation can’t and visit all the little countryside villages.

1 thought on “Transportation on the French Riviera”