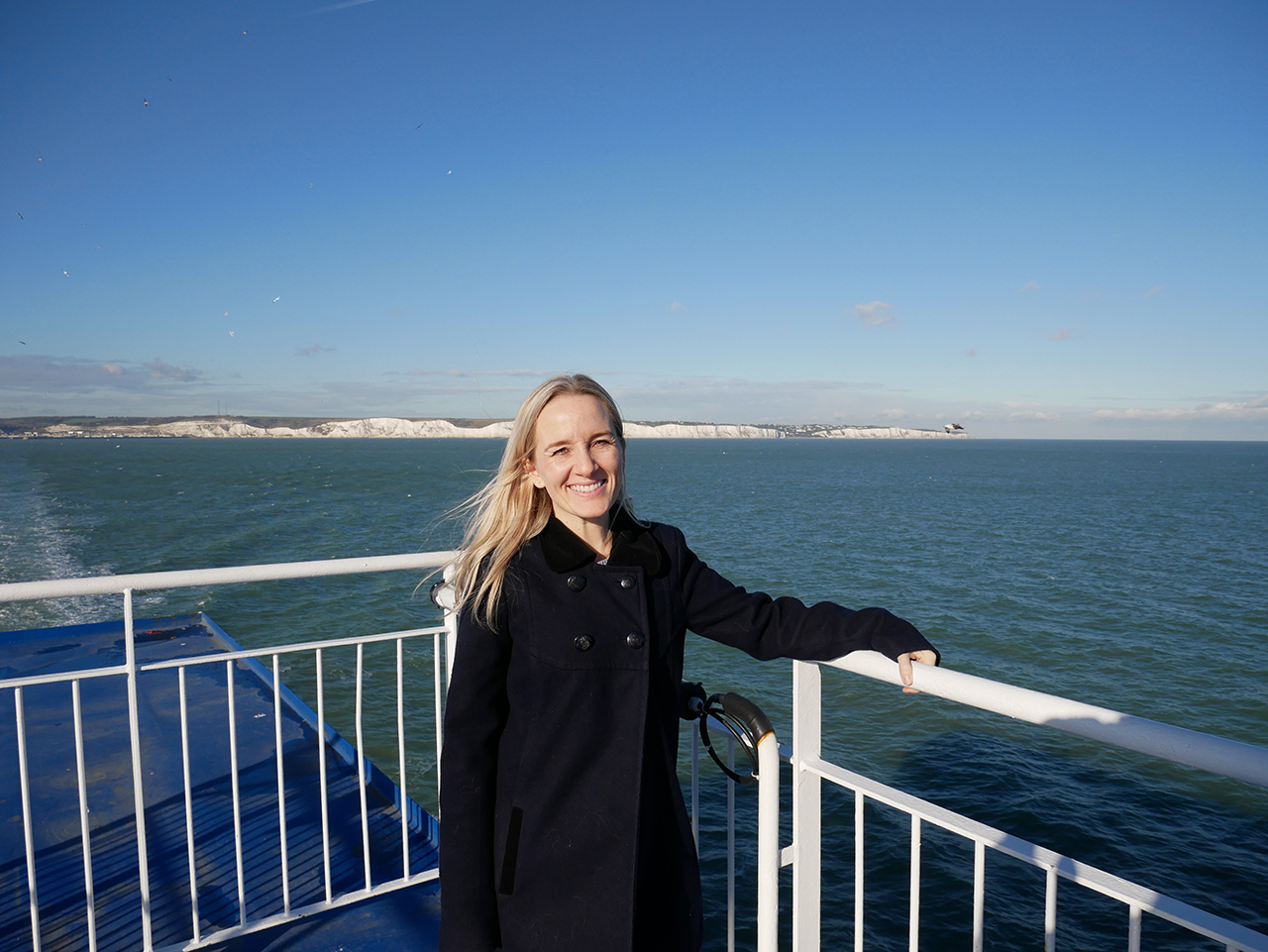 06 Dec Taking the ferry from Dover to Calais with DFDS

Posted at 11:27h in Blog by Victoria 0 Comments
Share

Until last week I had no idea how easy it could be to drive from London to France. I always imagined it would take a long time, but all in all it took about 4.5 hours door-to-door. One minute I was eating McDonalds breakfast at a service station near London – the next I was in France dining at a beautiful chateau. I took the ferry from Dover to Calais with DFDS and it was my first time driving on the “other” side of the road. Although I was a little nervous about driving on the right hand side in a UK vehicle, it turned out to be super fun and something I’d definitely do again.

The ferry from Dover to Calais 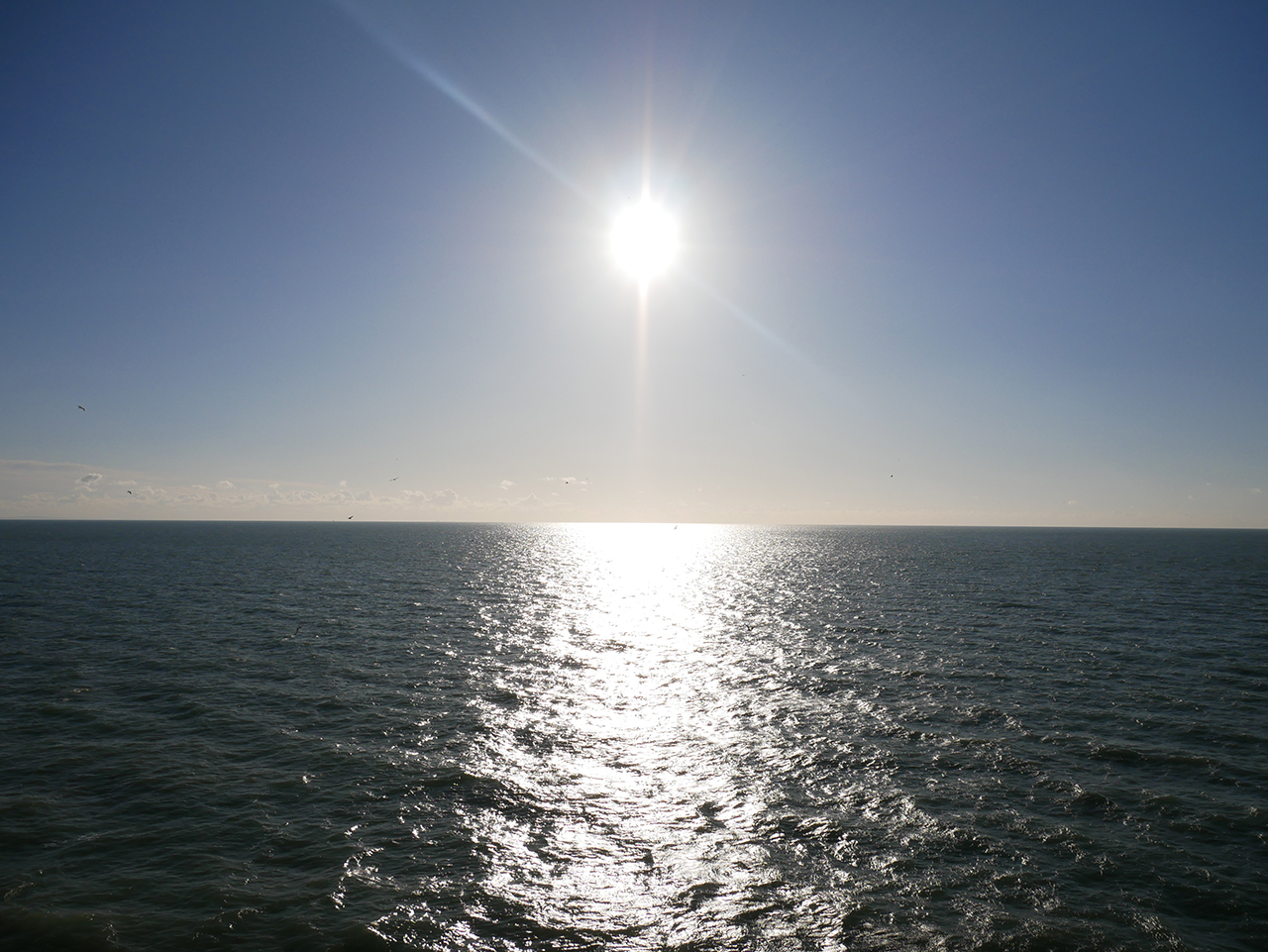 The drive to Dover took around 2 hours from London and the ferry port is well signposted. You need to arrive no later than 40 minutes before the ferry departs, so we aimed for 11.30am for a 12:15 ferry. Once you arrive at the ferry post there are a couple of security checks and then we just had to drive up to the DFDS lane and present our passports. The person at the booth pulled up our reservation in the system and gave us our lane number, as well as a code for the Premium Lounge. We also had Priority Boarding, which meant we were able to bypass the queue of cars in a special lane and be one of the first vehicles on the ferry.

Once onboard we made our way to the Premium Lounge, which has a special access code for the door. A gentleman greeted us and showed us into the lounge, offering a glass of prosecco from the bar area. The lounge was quiet and incredibly spacious…better than many airport lounges! 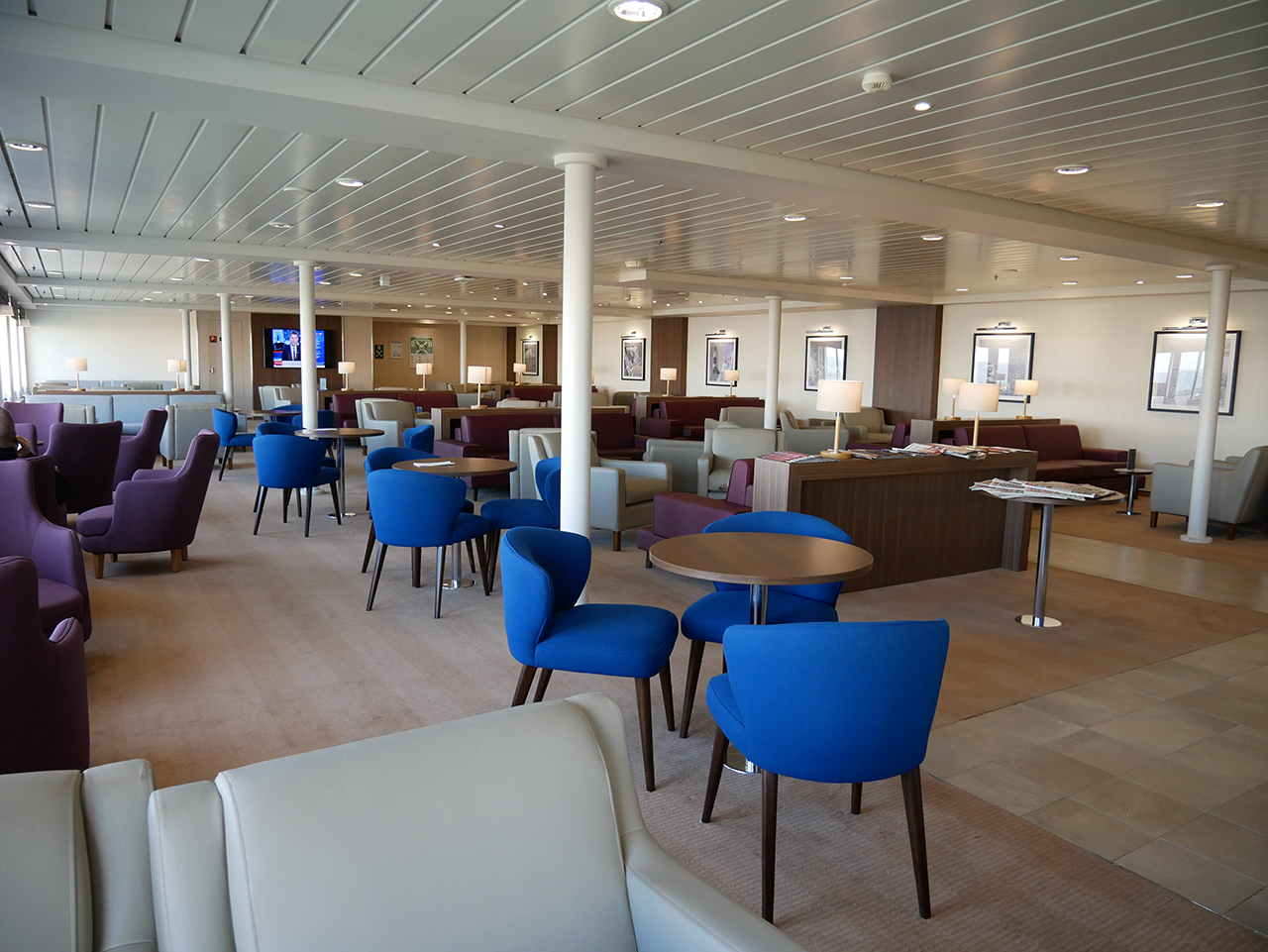 The snack bar had trays filled with chocolates, macaroons and pastries, which definitely got us into the French vibe. Complimentary hot drinks, cold drinks and fruit were available too, or you could order some hot, savoury items from the menu for a fee. It was definitely nice to relax up here and feel like a VIP, so if you’re planning on catching the ferry to France I would definitely recommend you book the Premium Lounge. The couches were comfy and the room even had day beds so we were able to stretch out and take a nap! 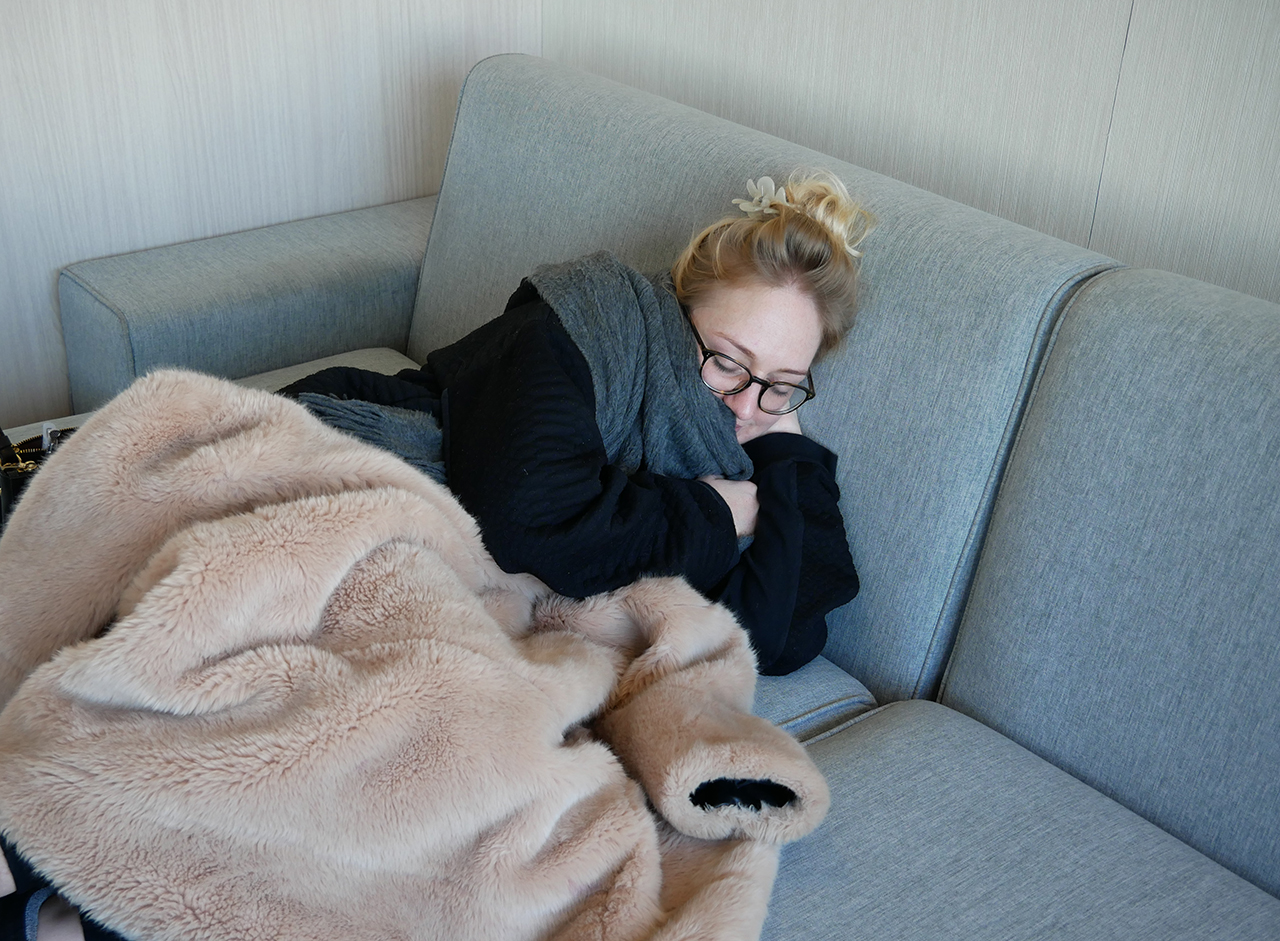 While Elle was still sleeping I went out onto the deck of the ferry to snap some pictures of the White Cliffs of Dover, which look magnificent from the water. 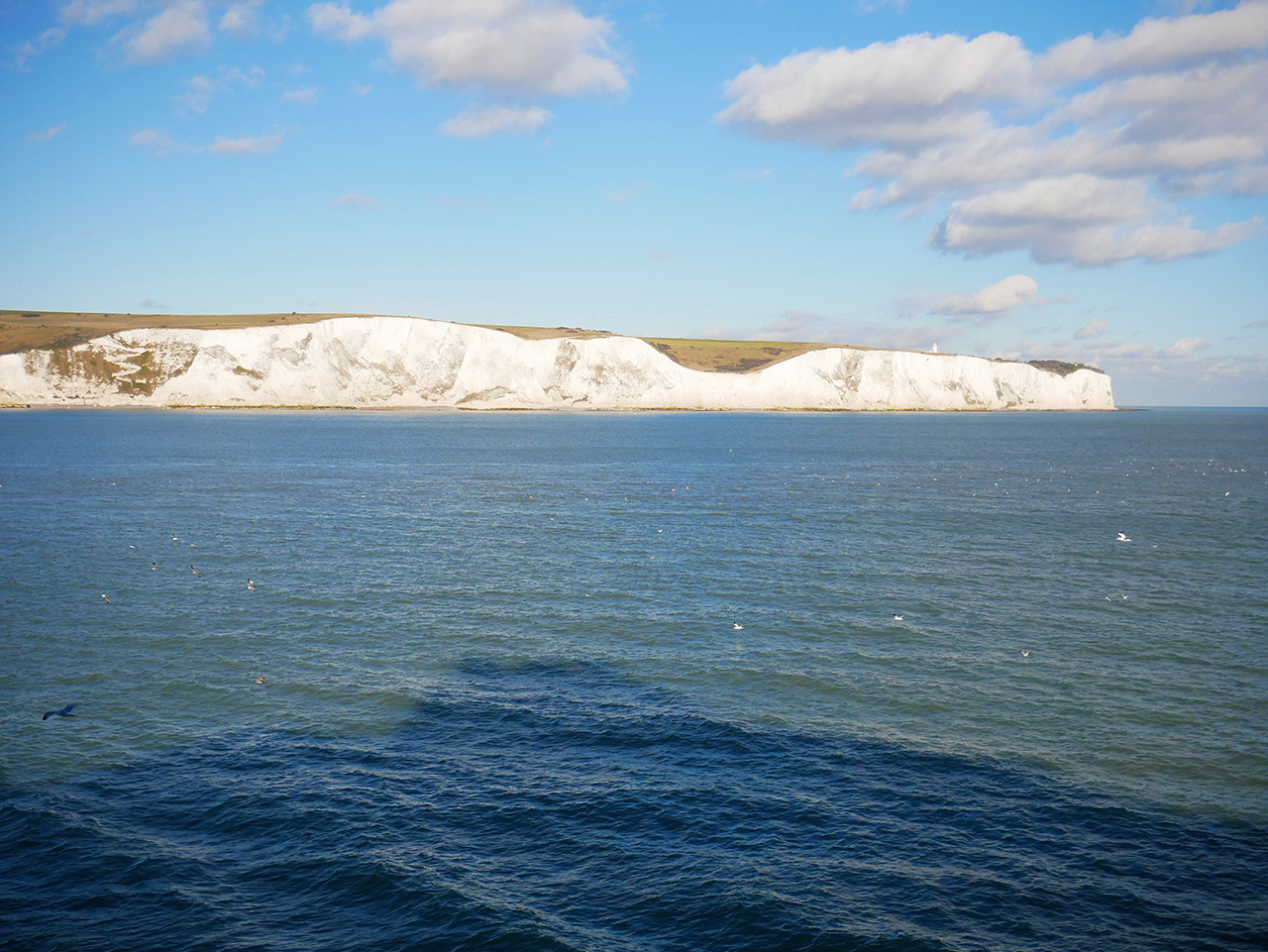 The crossing took about an hour and a half and before we knew it we were in Calais. What we didn’t realise is that when they announce the arrival on the loudspeaker you’re supposed to get down to your car as fast as you can. We took our time going to the bathroom etc and by the time we got down to the car level, we noticed my car sitting there on its own, with a bunch of lorries beeping behind it! We had to sprint to the car as fast as we could so we weren’t blocking the way. 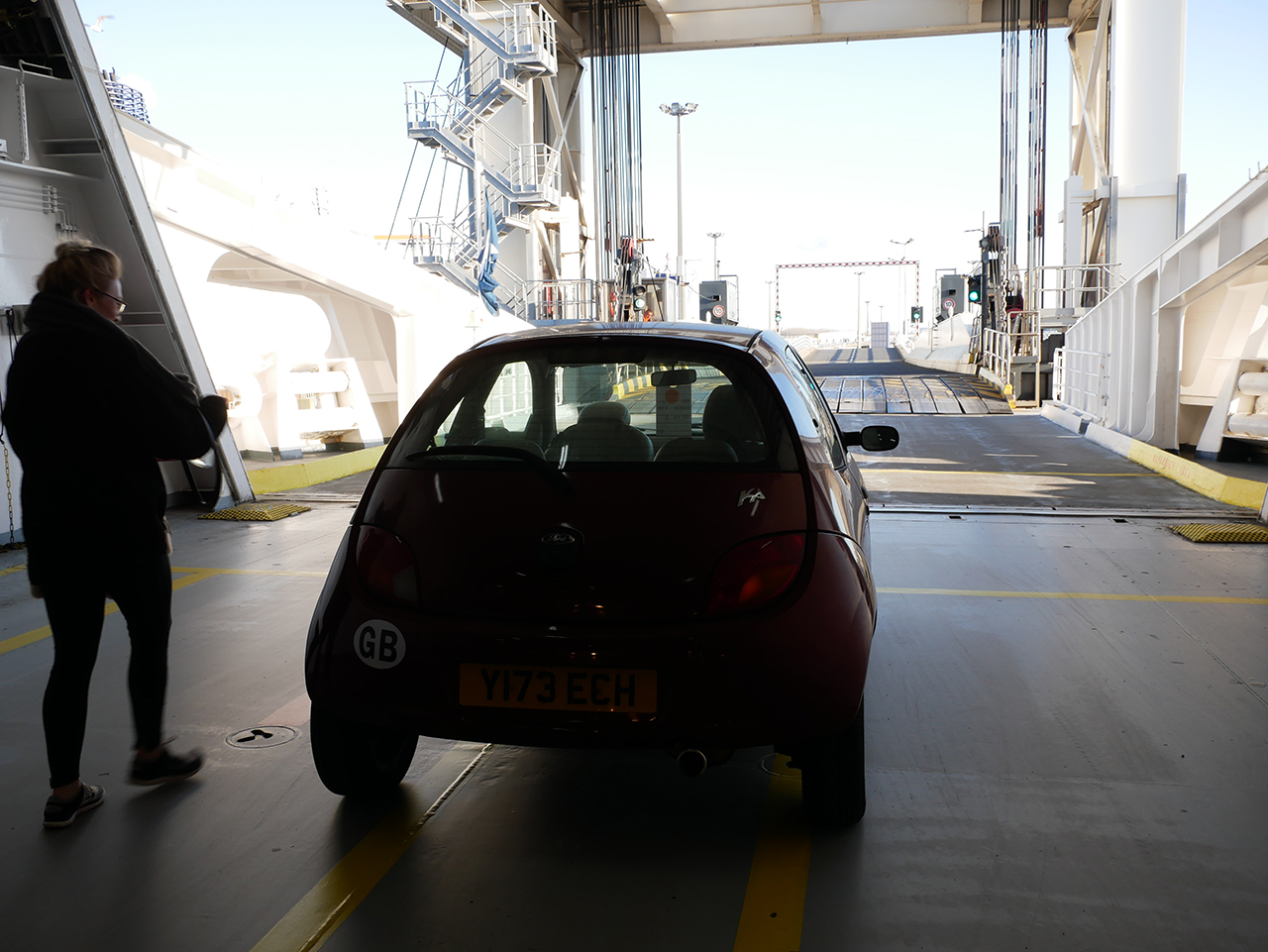 Next up I just had to keep alert and remember to drive on the right hand side of the road! 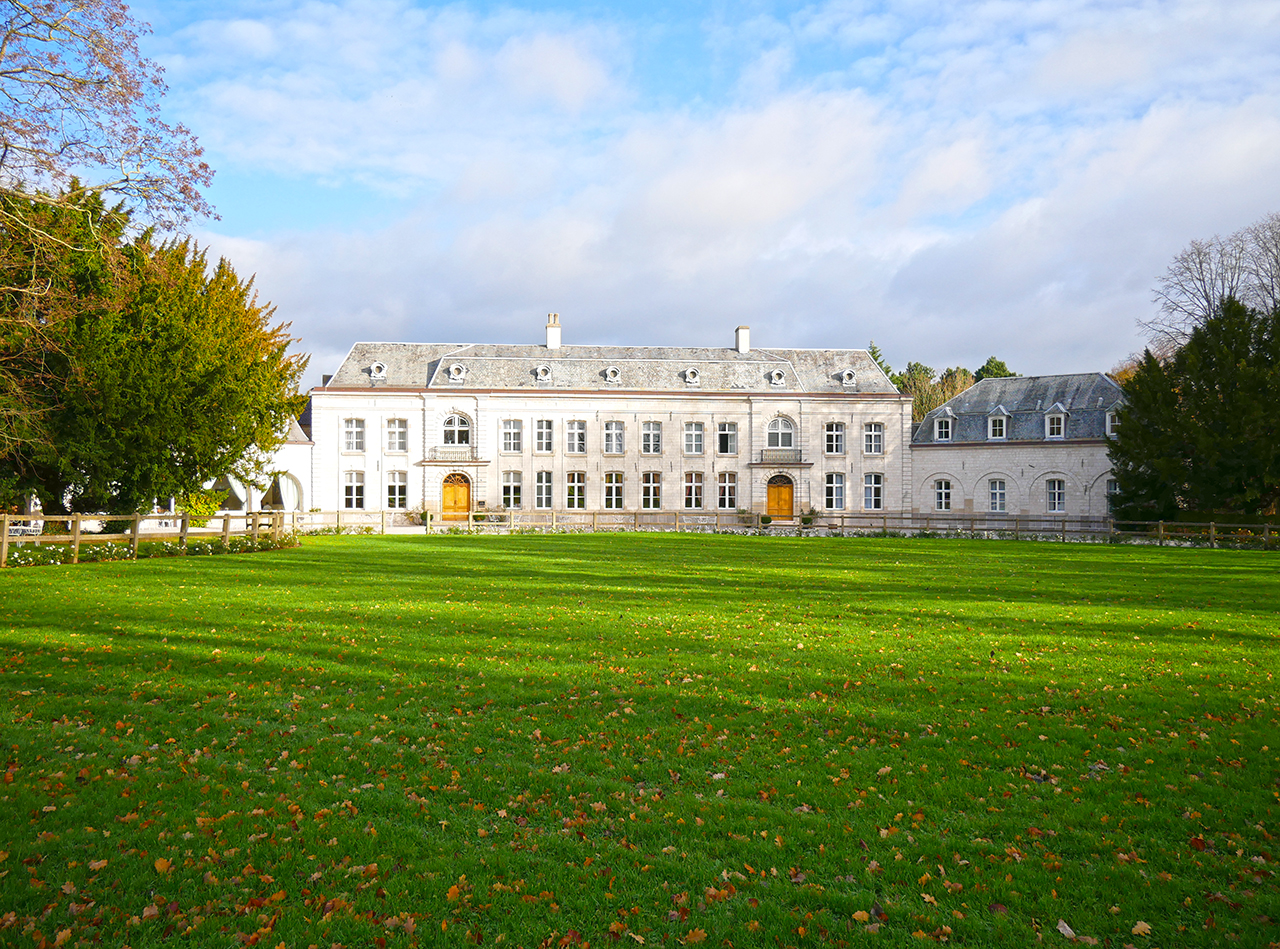 We stayed at Chateau Cocove, which is actually just a 15 minute drive from the ferry port, yet it’s right in the middle of the countryside. The Chateau is absolutely stunning and as I drove up the driveway I couldn’t help but feel like I was in some sort of period drama…perhaps Pride and Prejudice? 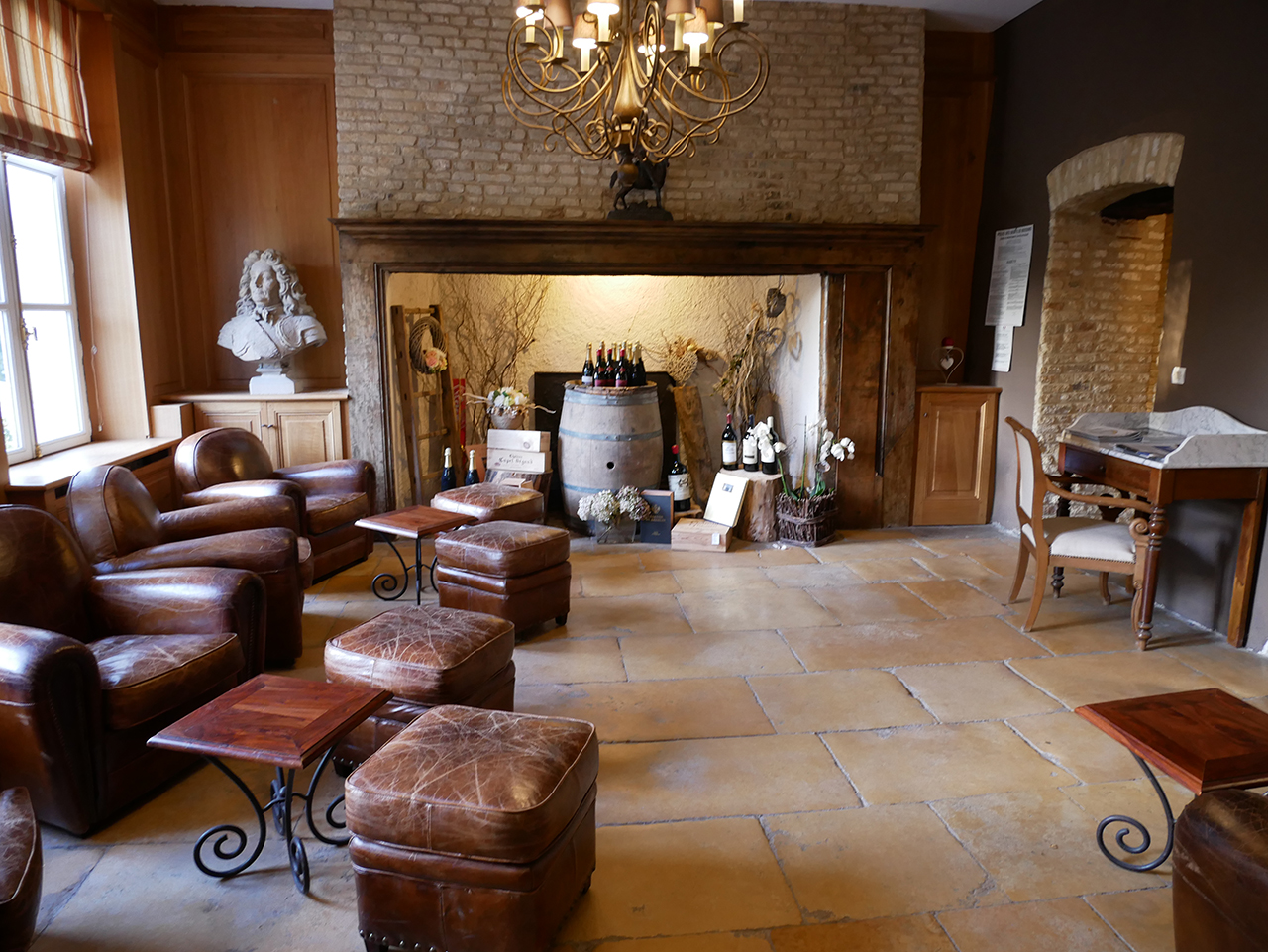 I loved the cast iron tables and chairs outside and although it was too cold to sit out, I can imagine it would be great to sit outside in summer with a glass of wine. Once checked in we made our way to the room and basically spent the next two hours relaxing (OK and maybe taking some Instagram photos). 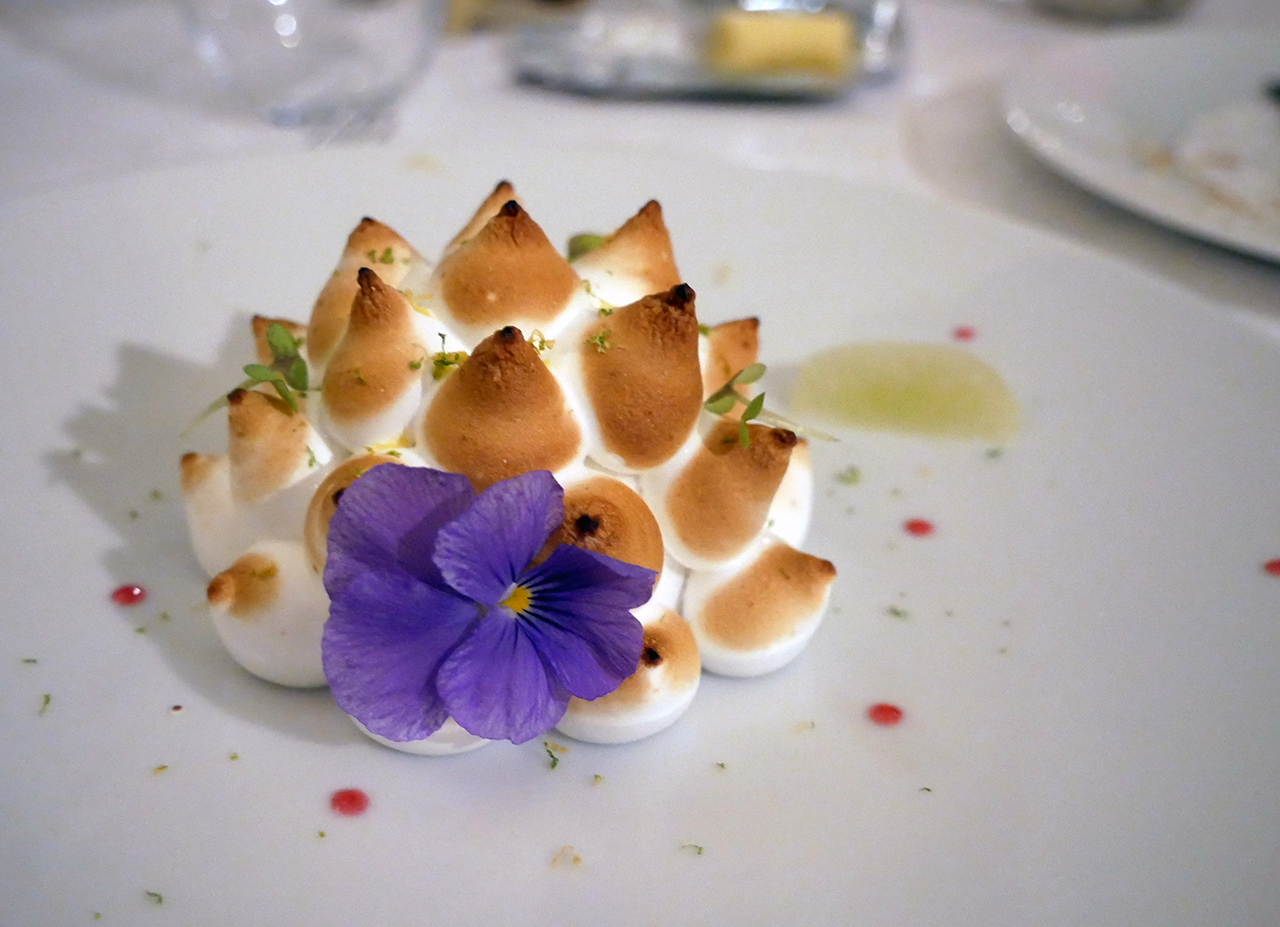 Dinner in the restaurant runs from 7 till 9, so we booked a table and ordered from the set menu, which is €32 per person. Considering the quality of the food this was very reasonably priced – a meal like that would cost you more than £50 in London. Everything was delicious and the French just really know how to make amazing food!

The following day we enjoyed a continental breakfast in the hotel before driving to the town of Boulogne-sur-Mer, where we parked outside the cemetery and visited the War Memorial, which commemorates the inhabitants of Boulogne-sur-Mer who died in the First and Second World War and the wars in Indochina (1946-1954) and Algeria (1954-1962). 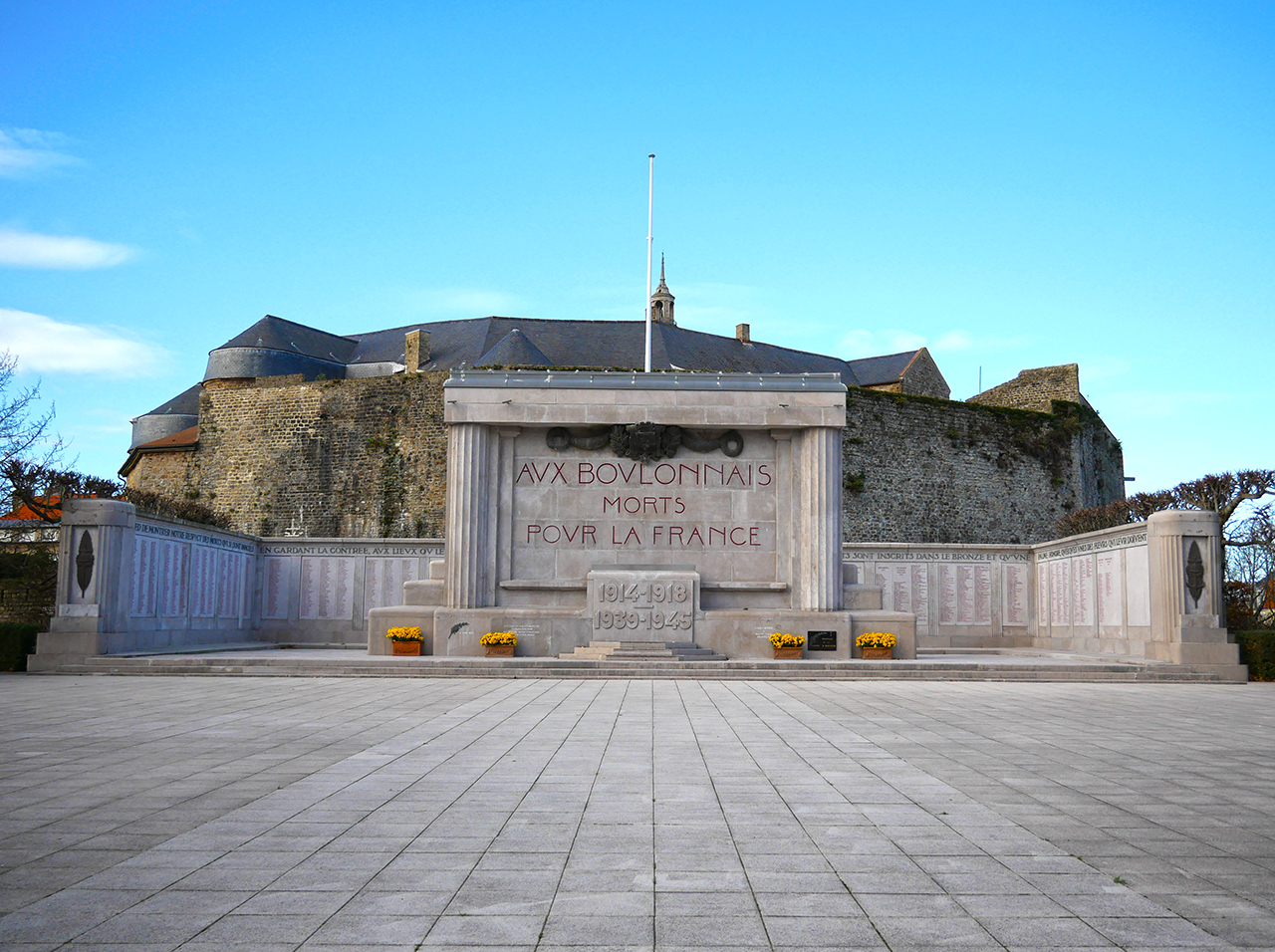 The Memorial is right outside the castle Château de Boulogne-sur-Mer, which is surrounded by a moat and houses the Boulogne Museum. I am not much of a history buff but I do know that the castle was built in the 13th century by Philippe Hurepel, count of Boulogne and son of Philip II of France. 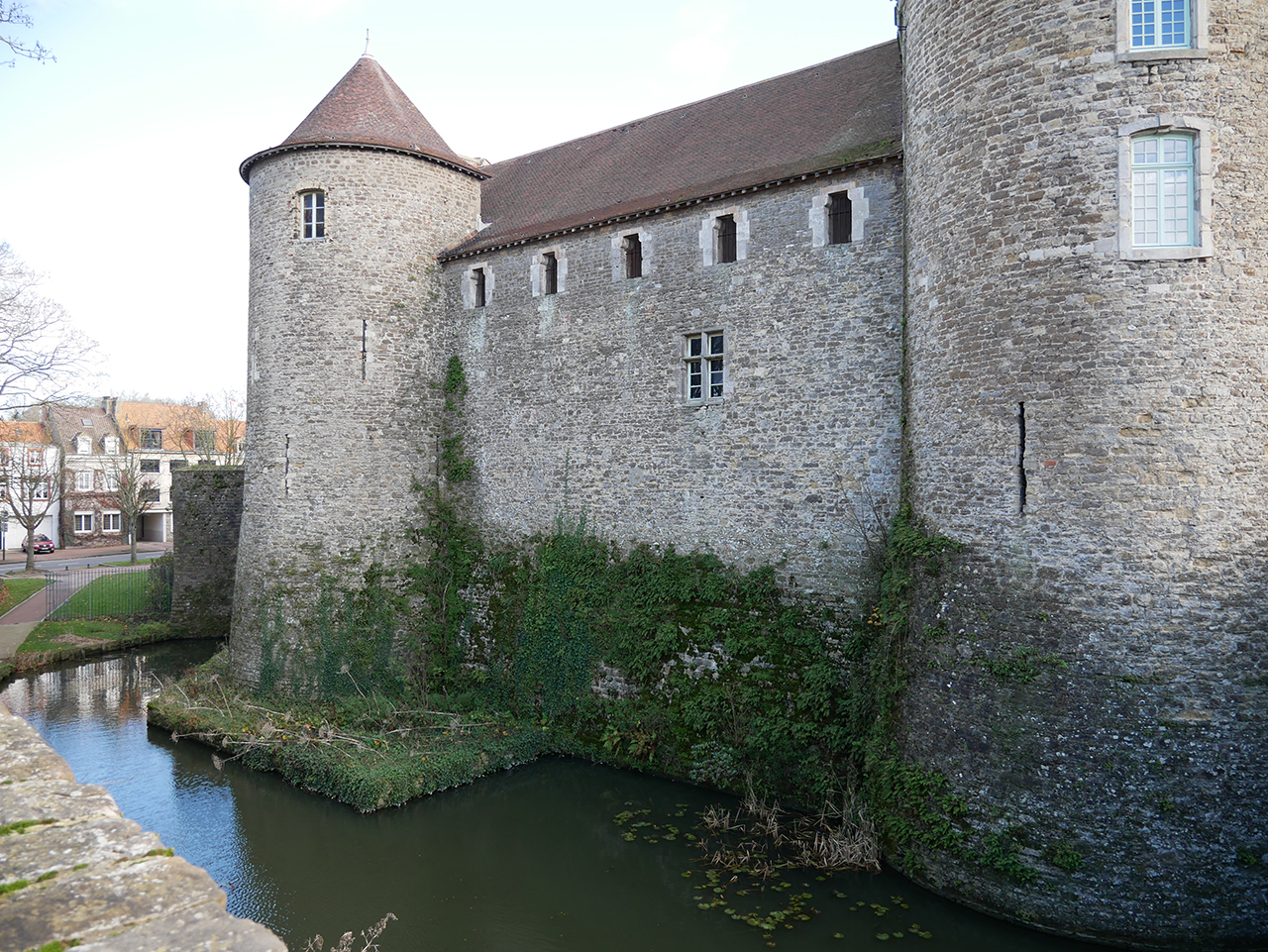 After this we walked around the town, past the Basilica of Notre-Dame de Boulogne, which is a beautiful building that dominates the skyline. By this time we were pretty hungry, so we chose to eat at Restaurant de la Haute-Ville, which we found because it had good reviews on TripAdvisor. 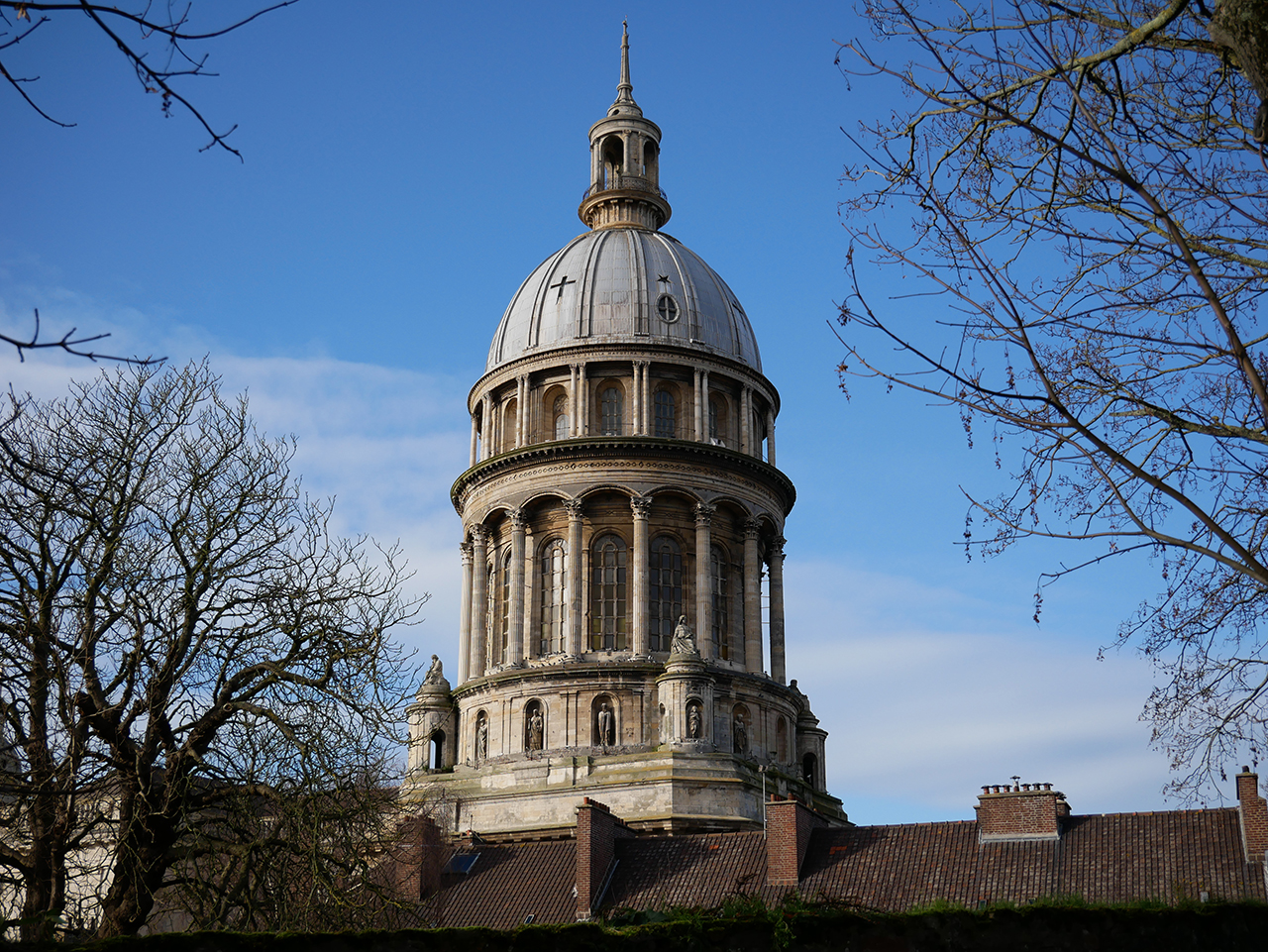 It was a Sunday so many restaurants were closed but this one was open all day. I have to say the reviewers were right – the food was excellent and the set menu was reasonably priced. At €24 for 3 courses we couldn’t complain. Everything on the menu was written in French, which resulted in us sitting at the table using Google translate to help us decide. I ended up going for the “panier de colin” (a basket of smoked fish), followed by the pork which had a sort of pesto crust. For dessert – a caramelised apple – which was possibly one of the best desserts I’ve ever eaten. 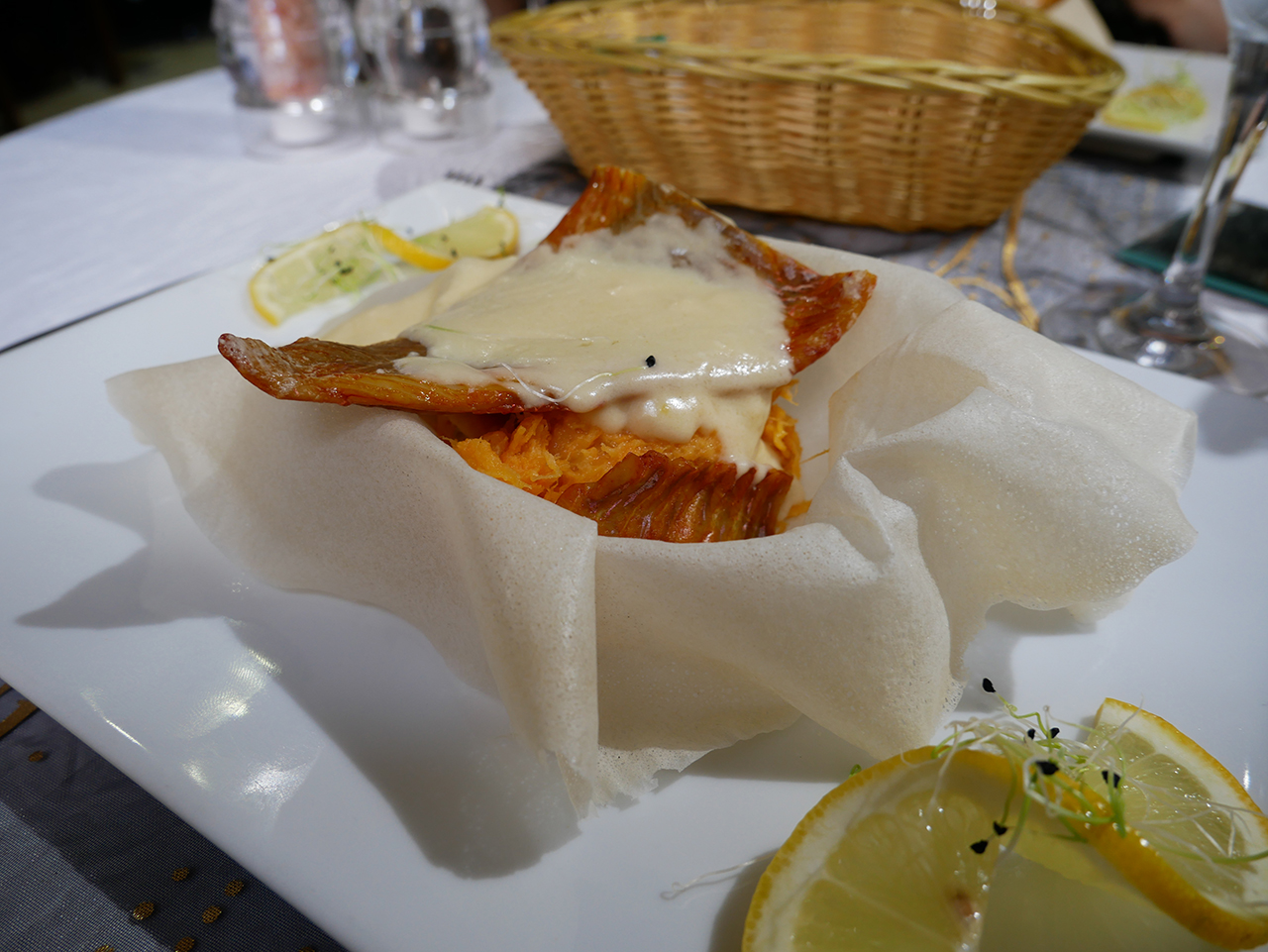 Once we’d finished at the restaurant it was time to walk off all that food, so we drove down to the waterfront to take a look at the aquarium Nausicaa – National Sea Centre. In the end we were so busy taking photos on the beach that we didn’t have time to go inside the aquarium but I’m told it’s one of the best and largest in Europe. The views down here were beautiful and even though the area is quite industrial-looking, there’s something quite magical about it. 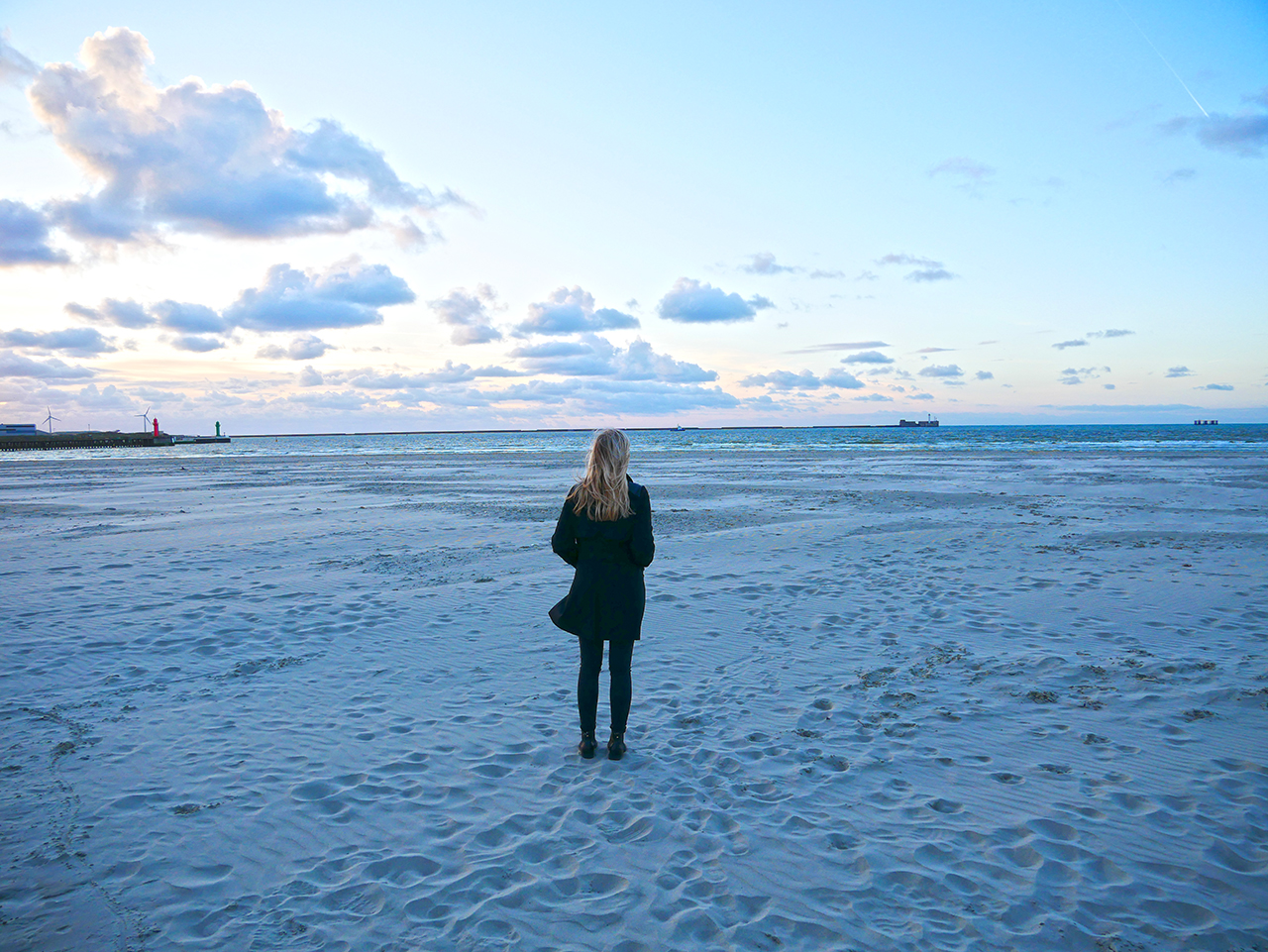 Driving home from Calais to Dover

As night fell we drove for 40 minutes back to Calais for the 18.30 ferry. The border crossing at Calais was very rigorous, which is understandable as they’ve had problems with migrants trying to stow away in vehicles and cross the border to the UK illegally. We went through several security checkpoints and were asked to pull over and open the boot so the guards could inspect our car. 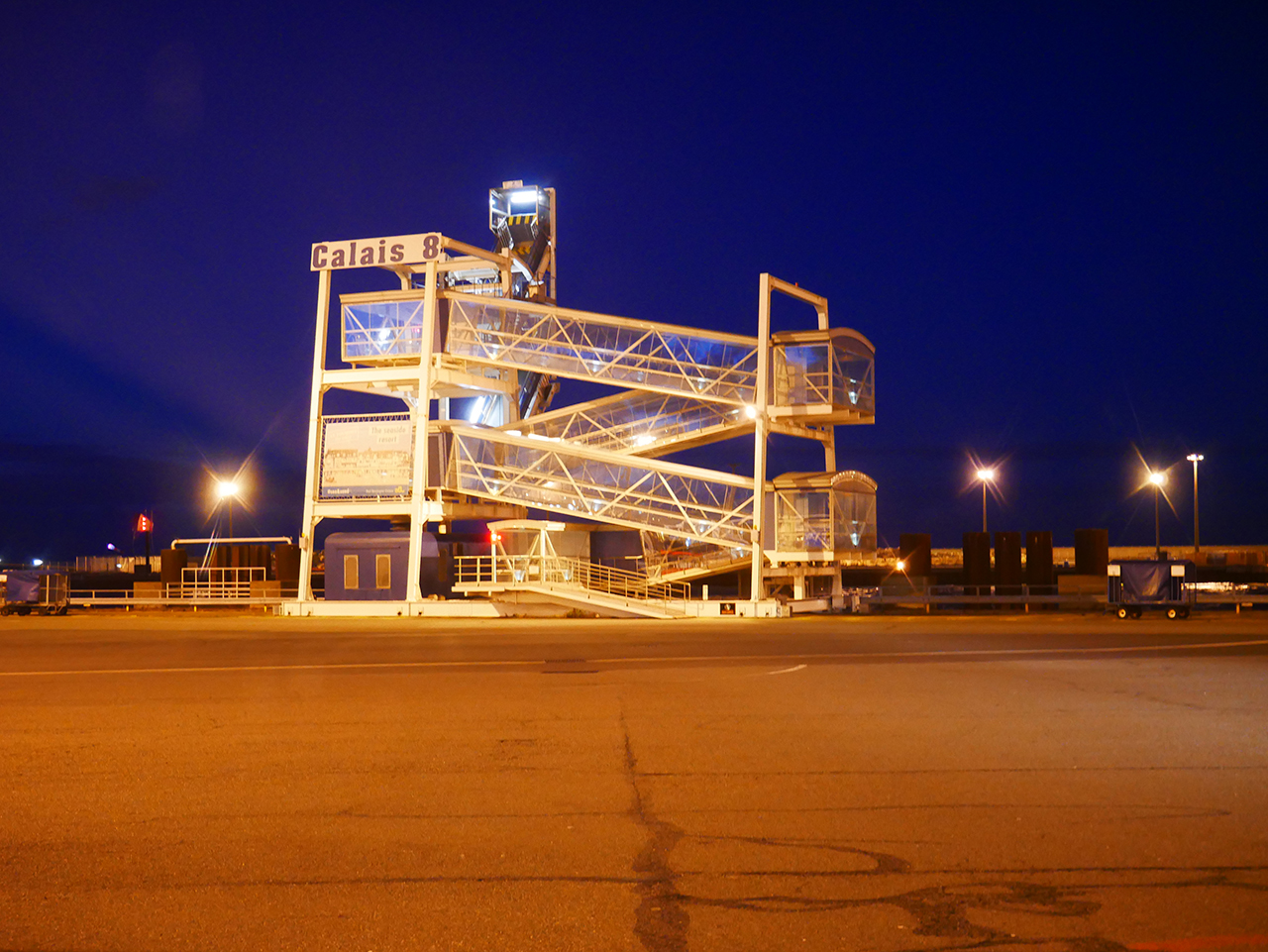 Once through, we followed the signs to our numbered lane, which again was a priority lane, so we were at the front of the queue to board the ferry. After about a 10 minute wait, workers signalled to us to drive onto the ferry and we parked up. The journey back was smooth sailing (we sprawled out in the Premium Lounge again!) and I managed to capture a few photos of the night time landscape.

All in all it was a fun trip with DFDS and I thought that taking the ferry was an experience in itself. I quite like the excitement of border crossings and even though I was a little bit apprehensive about driving on the other side of the road in a UK vehicle, I had no problems at all. It was definitely an adventure and even though the journey was about 4.5 hours in total, it really didn’t feel stressful at all. Breaking up the journey with a ferry ride is really nice and relaxing, plus the views are beautiful! I’d definitely consider taking a little mini break to France again, possibly driving further afield to somewhere such as Lille or Paris.

My trip was sponsored by DFDS, all opinions are my own.