Posted at 09:08h in Blog by Victoria 12 Comments
Share

After my first flight from Denver to Chicago with Spirit Airlines, I would have been inclined to give them a good review. The flight was on time, and I had no major problems. That was until I tried to book a second flight from Texas to Las Vegas. I’ve already written about my distaste for Ryanair, and now here’s my story about being robbed by Spirit Airlines… 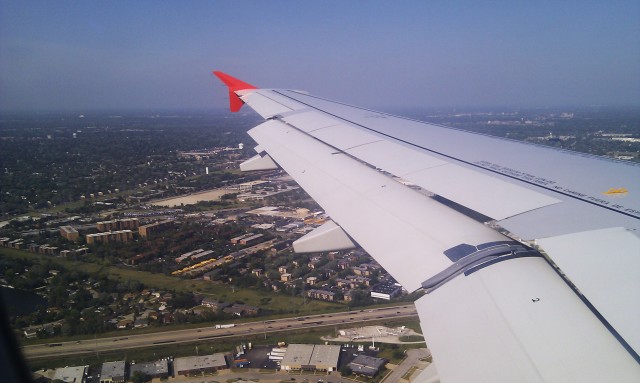 (It’s a complicated story, so I’ll try to explain it in the simplest way I possible)

I am currently in Austin, Texas and needed to purchase a flight back to Las Vegas.

After doing a search on Skyscanner, I found the cheapest direct flight was from Dallas to Las Vegas with Spirit Airlines for $109 ($137 with a bag). A flight from Austin was around $100 more and doesn’t fly direct.

Although I’m not actually in Dallas, I thought I would try to save myself a hundred bucks and take the Megabus from Austin to Dallas for $1.

However, when I tried to book the flight with Spirit Airlines, it kept saying my card was declined. I called my bank thinking they had blocked my card again, but they said it wasn’t and that everything was fine. It must be the airline’s website.

I had been trying to pay with my debit card, so I then tried with my credit card. The transaction wouldn’t go through and was declined. To be on the safe side, I checked my email inbox and there were NO confirmation emails in my inbox or in my Spam folder.

I called customer services for Spirit Airlines, and the lady said I could book over the telephone, but that it would cost me another $10. Not wanting to pay any more than I had to, I declined and hung up.

Luckily on the next attempt at booking online with my debit card, my transaction went through. All was dandy.

However about 10 minutes later I was researching the stops for the Megabus, and realised that the Megabus stop in Dallas is actually in the middle of nowhere in Grand Prairie. The notice says:

Megabus.com?s arrival/departure location will not be on Elm Street between N. Olive St and S. Pearl St. in downtown Dallas ? as we announced in May ? because the required facility changes at the downtown location will not be completed by June 19. We sincerely regret the inconvenience that may be caused as a result of the change.

Sh*t. This was just going to be too much hassle. Since there are no public transport links from Grand Prairie, I would have to take a taxi to the airport, which would end up costing me a fortune. I could take the Greyhound, but that would cost another $39 and I suddenly just couldn’t be bothered with the effort of buses and trains to get to the airport.

I checked to see if my flight was refundable at all, and it was…up to 24 hours after I made the transaction. I called customer services again and cancelled my flight, which was easy enough, and they told me it would take a minimum of 3 weeks to receive my money back. I then quickly booked a flight with U.S Airways from Austin.

A couple of days later I checked my debit card statement. It had actually only taken a couple of days to receive the refund on my card, not 3 weeks.Yay.

I then checked my credit card statement. What was this? A payment to Spirit Airlines on my credit card???!!! For the same amount as the payment from my debit card? I instantly knew what had happened, I had been charged twice on two separate cards.

I called the credit card department for my bank, and they said it should be a simple process to get my money back if I just call the airline.

Another call to Spirit Airlines…fun. I do enjoy being on hold.

I can’t be bothered with the ins and outs of the conversation because I was on the phone for around an hour.

The verdict from Spirit Airlines “No, you can’t have your money back.”

Firstly, trying to explain my story to over the phone to a call centre in India was difficult enough. I had to repeat the confirmation code for the flight I had booked about 10 times before the lady got it right. I’m paraphrasing this conversation, but it went something like this…

“You received a refund for that flight Miss Brewood.”

“Yes, yes I did. But that was on my debit card. I was charged on another card for the same flight.”

I went into the full details of the story…trying to explain as best I could.

I was put on hold.

“I’m sorry Miss Brewood but we cannot give you a full refund on your credit card.”

She informed me that if I did try to get a refund, it would be subject to a $125 administration fee, so completely and utterly pointless.

Up until now I had been trying to keep calm, but I was suddenly fuming. I asked to speak to the manager. The wait will be around 15 minutes.

“Please don’t hang up Miss Brewood, your call is important to us”

I told the story again and gave the manager my credit card number plus authorisation code from my bank to help locate this mysterious second booking.

The manager said there is a second booking under my name:

“I’m pleased to confirm you’re booked for the 14th from Dallas to Las Vegas. You’re  all set Miss Brewood.”

BUT I DON’T WANT THE FLIGHT!! THAT’S WHY I REFUNDED IT IN THE FIRST PLACE!! WHY WOULD I BOOK TWO IDENTICAL FLIGHTS? I HAVE NO CONFIRMATION EMAIL FOR THIS CREDIT CARD BOOKING!

After a long debate and being put on hold a few times, he told me I couldn’t have a refund because I had already refunded one flight, which is seen in their eyes as refunding a duplicate booking.

The fact of the matter is, I refunded that flight thinking that was the one and only flight I had booked with Spirit Airlines. I did it because I simply wanted to fly from Austin instead. To this day, I do not have a confirmation email in my inbox for the duplicate booking. But apparently it is in their system.

Disgruntled and angry, sitting in a Starbucks with the effects of the coffee wearing off, I politely told the man on the phone that I would be writing a nice long blog post and launching a dispute with my credit company.

What do you think? Have you had any problems with Spirit Airlines?