Did you know Sangria had long term health benefits?

But after seven years of research, a team from the University of South Midlands has found that everyone’s favourite Spanish beverage can boost the immune system and improve life expectancy, thanks to the fact it is rich in antioxidants and Vitamin C. Not only that, but it also increases energy levels and significantly increases serotonin levels, making you really really happy.

Which is great news for me because I love a good jug of Sangria to share with friends. In fact I’m drinking a glass right now as I write this post. You see, for the last two weeks I’ve been testing this theory to see if it really does work. The proof is in the punch right? 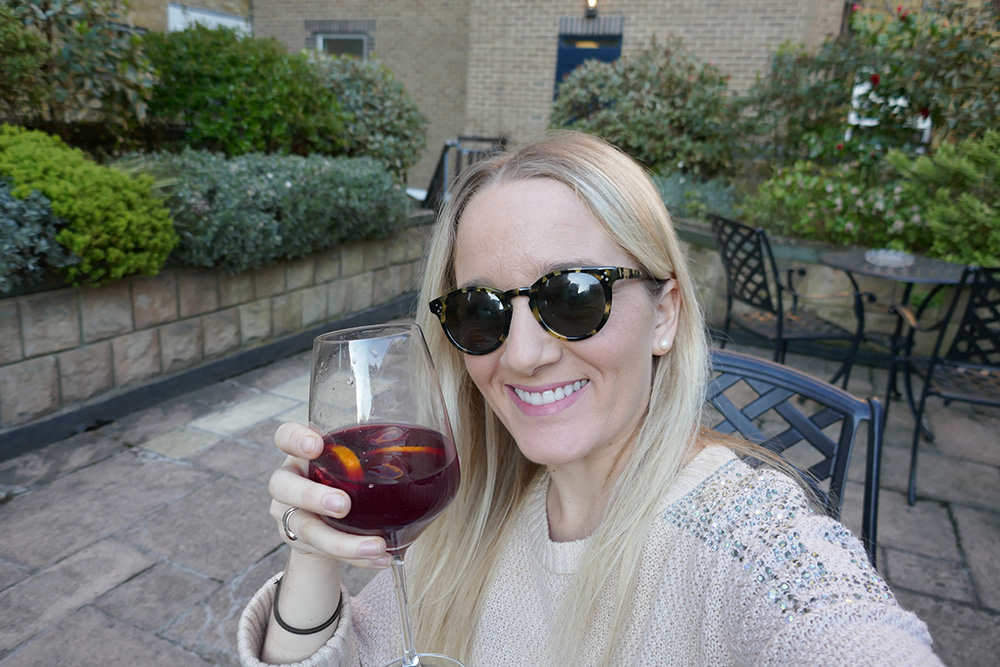 Professor Mark Stirling, head of Food & Nutritional Sciences at University of South Midlands, recommends a 250ml glass of Sangria two to three times a week, so I’ve been frequenting my local Spanish restaurants and making my own version at home. Over in Spain they’ve known about the health benefits for years, so it’s common to drink Sangria and eat tapas just to wind down in the evening.

So what did I find?

Well, their’s something about the fruity, lushness of this drink that makes me instantly happier. Pop on some spanish tunes on Spotify and all of a sudden I feel like I’ve been whisked away to the south of Spain, where I’m a Flamenco dancer stomping my feet in an elaborate red dress.

Throughout the last two weeks I’ve felt my mood levels increase and I also feel more energised in general. I can get up to do work in the morning without feeling sluggish and I’m feeling a lot more active. So maybe it is true after all!

Why is Sangria so Good for You?

The key to Sangria’s health benefits is the compound Resveratol, which is found in red wine. Resveratol has been proven to improve cardiovascular performance, reduce inflammation and increase levels of the good HDL cholesterol.

If you add Spanish fruits to the wine it doubles in nutritional value because of all those antioxidants and vitamins.

The University of South Midlands conducted a study of 1,000 people across the UK and found that those who drunk Sangria on regular basis reported:

The study compared adults across different ages and results showed people drinking Sangria in their sixties and seventies were just as active, if not more, than those in their early forties. More elderly people are enjoying outdoor sports and activities after finding a new lease of life thanks to the goodness of Sangria.

This is fantastic news, so now we can all go around drinking Sangria and enjoy happier and healthier lives.

Want to make your own? The Spanish Tourism Board recommends you serve sangria with sun drenched Spanish fruits such as oranges from Valencia, peaches from Aragon and limes from the Canary Islands, all generously mixed with Spanish wine.