Only a few days ago I received an email saying that Bruce Springsteen had cancelled a gig in North Carolina. Having just seen him in concert and knowing just how dedicated Bruce is to his fans, I thought it must have to be something pretty big for him to pull out of a show. It turns out it was.

Bruce cancelled the concert because of its anti-LGBT law, HB2, which prohibits transgender people from using bathrooms that don’t match the gender they were assigned at birth. The law also attacks the rights of LGBT citizens to sue when their human rights are violated in the workplace. In a statement he said ‘some things are more important than a rock show’ – and that’s why I love Bruce Springsteen. It was a bold statement and one that I fully support.

Last month I went to see Bruce Springsteen in concert at the Los Angeles Memorial Sports Arena and I was blown away by his charisma. I flew out to Los Angeles with KLM, who invited me to attend an upcoming gig of my choice as part of their partnership with Spotify. 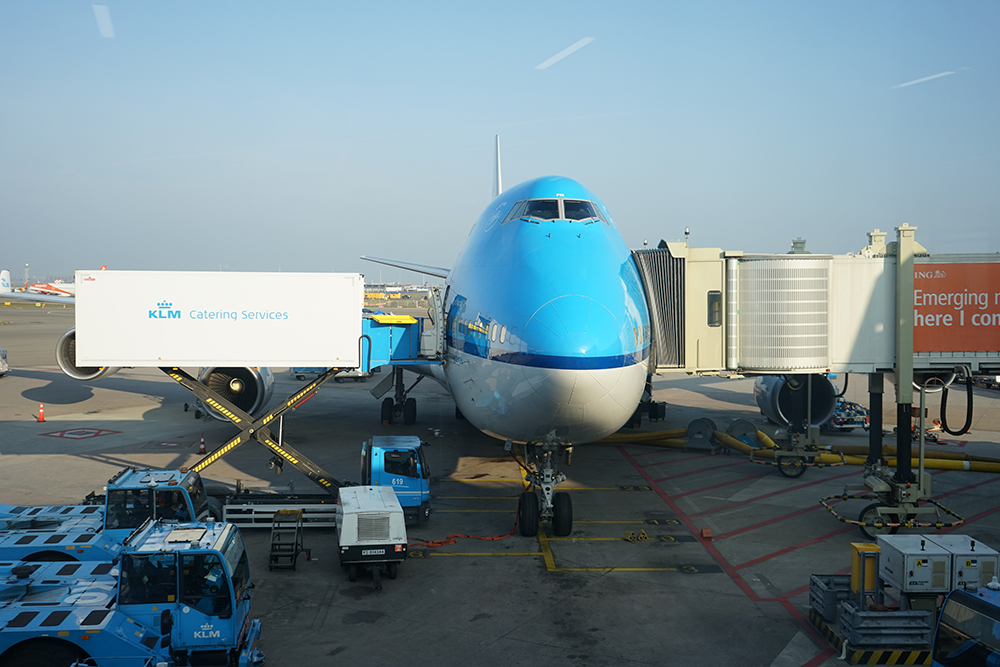 If there’s one person I wanted to see in concert more than any other artist, it was always Bruce Springsteen. The Boss.

Maybe it’s because I was an only child so I spent my youth hanging out with my parents and ‘grown ups’, but I’ve always been into music from the 70s, 80s and 90s. We would listen to Queen, Rod Stewart, Elton John, Tina Turner and all those amazing rock ballad albums in the car on long journeys. Of course we also listened to Bruce too. Streets of Philadelphia, Born in the USA…and my favourite, Dancing in the Dark. Even now, after I’ve had a rough day, I love shutting my bedroom door, turning Dancing in the Dark up really really loud and prancing around the room. It’s liberating, freeing and instantly cheers me up.

The Boss Live in Concert

When KLM asked me if I’d like to go to a concert in Los Angeles, I scoured a list of potential gigs for the dates I would be visiting. But it seems I’ve been living under a rock for the past few years of my life because I knew none of the artists. Then I saw Bruce Springsteen and the E Street Band were performing and I knew that was the one concert I would be going to in LA.

The River tour is an anniversary tour commemorating their double album of the same name, which was released in 1980. Containing a whopping 20 songs, that means the show comes in at over three hours long, which is a marathon length compared to most concerts these days.

The venue itself – the Los Angeles Memorial Sports Arena – was looking a little tired, but it didn’t matter. I was here to see Bruce, who can liven up any room. As I lined up for drinks and hot dogs I looked around and noticed most of the crowd mainly consisted of people in their 50s and 60s – people, I guess, who grew up in Bruce’s era. But there were the younger ones – people like me – who love and appreciate his music too.

At 66 Bruce still has so much stamina and if he was tired, he didn’t show it. Exuding such a positive, energy on stage, he comes across as the kind of guy you’d like to know. His smile made everyone else smile. He didn’t need dancers, costume changes or fancy sets like many artists use today; instead this was real, timeless music with that trademark raspy voice.

What I forgot about, were the slow songs. When I think of Bruce I think of those upbeat rock classics, but he has some really heart-wrenching songs too. One minute we’d be dancing with our hands in the air, the next, I’d be sitting on my chair gazing up at the stage, captivated by his voice and his lyrics. It was a rollercoaster of emotions and one of those memories I’ll keep with me forever.

It may suck for those fans who couldn’t see him in North Carolina but I take my hat off to him for using his position to stand up for human rights. If you have the chance to go see Bruce perform elsewhere in the world this summer, definitely take the opportunity. He’s performing all over Europe  – Manchester, London, Barcelona, Madrid, Germany, Netherlands, Sweden, Norway…perhaps take a trip and go to see The Boss!

KLM has partnered with Spotify to create a special hub where you can explore the music scene in 5 of its destination cities, including Los Angeles, Toronto, Amsterdam, Havana and Rio de Janeiro. You can discover trending music, find out what to do and follow Spotify playlists to get you in the mood for your trip!

My trip to Los Angeles was in partnership with KLM who provided my flights, accommodation and concert ticket, however all opinions expressed in this post are my own.