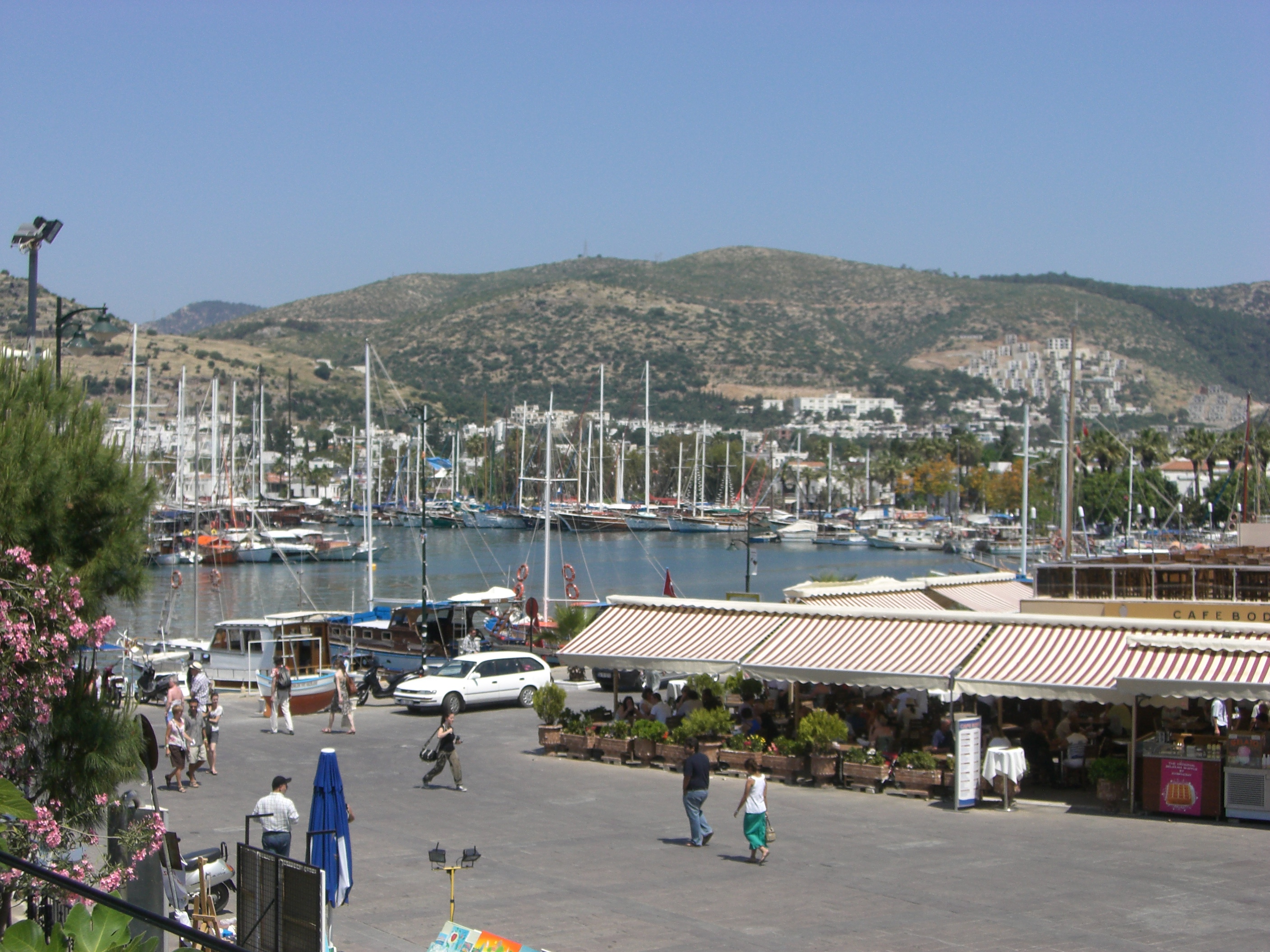 A few years ago I took a ferry from the Greek Island of Kos to Bodrum in Turkey with my boyfriend at the time. I constantly meet people taking holidays to Turkey and they’re always raving about it, so whilst we were touring the Greek Islands it made sense for us to hop over and see what all the fuss was about. We got our passports stamped at the border but the government has introduced an electronic Turkey visa system so you can apply online.

One of the most notable differences was the cost of everything in Turkey. Since they don’t have the Euro and their currency is still the Turkish Lira, we found our money stretched a lot further on food and accommodation.

Arriving on the ferry into Bodrum’s smart marina, we found accommodation by walking around the streets of the town and simply asking about the prices for a room until we found something suitable. 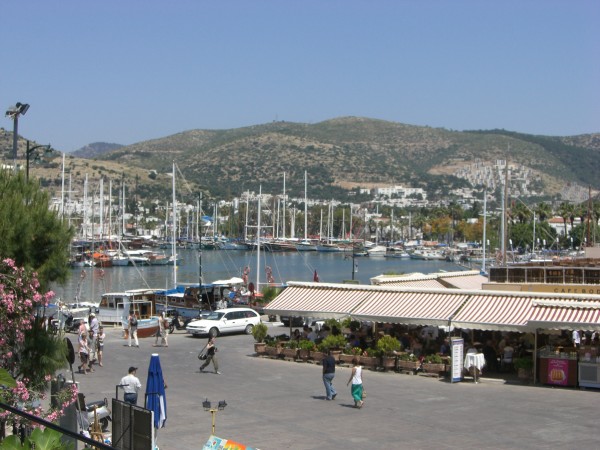 This tourist town is basically split into two parts. To the East of Bodrum is a pebble beach lined with restaurants, cafes and bars and this is where you’ll find most of the action. By day you can laze on the sun loungers by the water and play a game of backgammon, and after 10pm you can take advantage of the booming nightlife.

There’s a wide selection of restaurants in this area, with jolly Turks standing outside trying to joke with you and get you to come in for a bite to eat. I loved the food- particularly the cheap döner kebabs, but we also had some delicious Turkish stews and some great seafood. I’ll never forget Turkish Erik, which are these bitter unripe green plums that you eat with salt- surprisingly tasty. 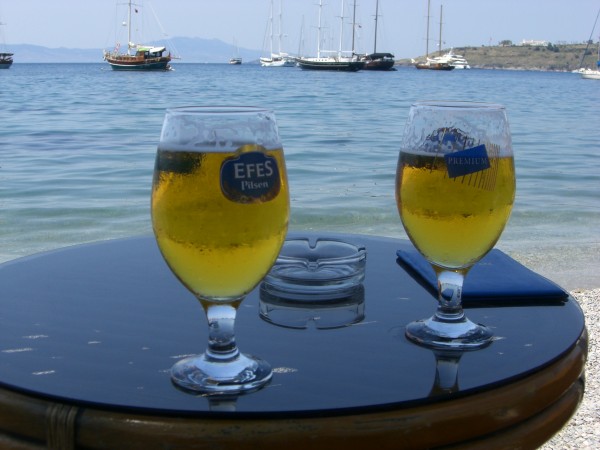 Relaxing with beers by the water in Bodrum

To the West of the town is the Marina filled with expensive yachts and here you’ll find some more up-market restaurants. This area is generally quieter and more laid-back, and it’s nice to have a stroll around here in the daytime. Whilst there aren’t that many sights to see in Bodrum, the most notable landmark is Bodrum Castle, which overlooks the harbour. Built by the Crusaders in the 15th century, the castle grounds house the Museum of Underwater Archaeology.

We also hired a motorbike one day and toured the surrounding coastline- well worth doing if you want to find some more attractive beaches.

Bodrum really comes alive at night, with lots of bars and clubs along the waterfront. The most famous club when I was there was the massive outdoor disco, Halikarnas, but rumour has it the club closed down in 2011. Whether it will re-open, I’m not sure, but Halikarnas was known for its foam parties and for attracting top artists and DJs. When I was there it was the night of the Eurovision song contest, and a famous Turkish singer was performing, although I can’t quite remember her name. Perhaps you’ll recognize her from the pictures below. 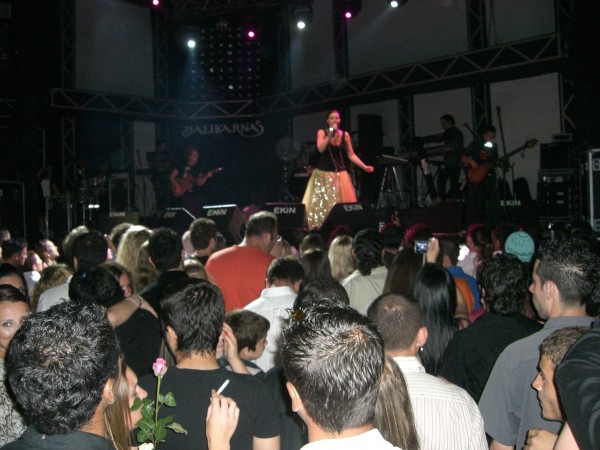 For anyone who loves to party, there’s also a party boat simply called Club Catamaran. This floating club can fit 1500 partygoers, and features 6 bars with a glass dance floor so you can literally dance on water. The party kicks off at midnight and lasts until the sun comes up, but for those who want to hit the hay there’s a shuttle boats that depart every 15 minutes back to shore. There are also day parties that include a buffet lunch and take you to Camel Beach as well as Bodrum, Karg?, Ba?la, Ortakent, Bitez, Aquarium, and Gümbet Bays.

Since I loved it so much, this year I definitely hope to go back and explore more of Turkey, particularly Istanbul and Cappadocia.