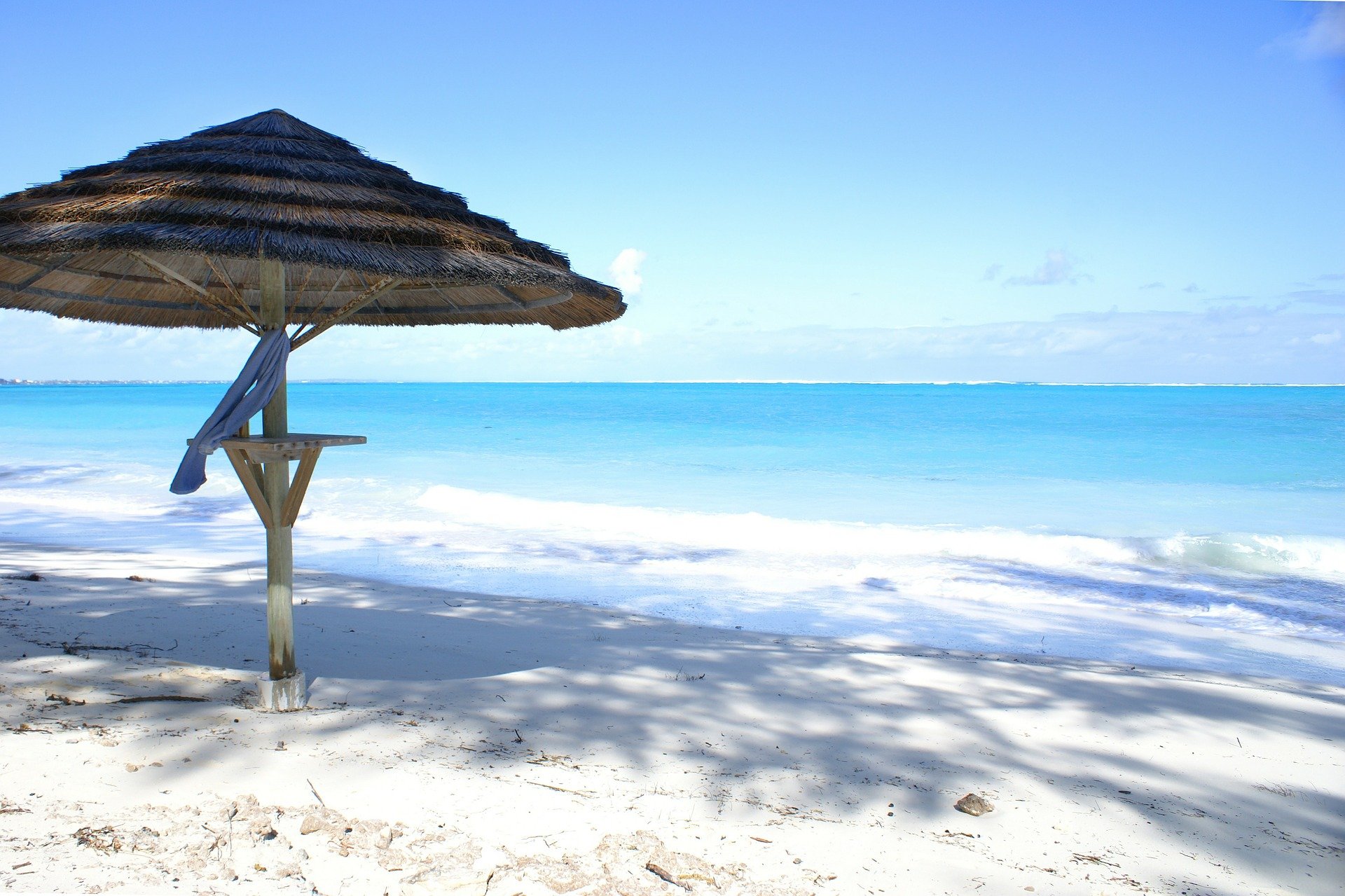 Posted at 17:37h in Blog by Victoria 0 Comments
Share

Beach bum in need of a tropical vacation? Trying to think of an idyllic honeymoon destination? Look no further than Turks and Caicos, a tropical archipelago just north of the Dominican Republic.

This British territory is made up of over 100 islands and cays, although only nine of them are inhabited. The majority of the population lives on the island of Providenciales, while the island of Grand Turk has the second largest population. With so many islands to choose from, you’ll find no shortage of white sandy beaches where you can top up your tan.

Best of all you don’t have to worry about bad weather ruining your vacation, since Turks and Caicos has one of the lowest rainfall averages in the Caribbean, with plenty of sunshine and dry weather. Known for being a luxury holiday destination, the islands have plenty of places to stay, including all-inclusive resorts, boutique hotels and large villas.

Where does the name come from?

Once upon a time in the 1600s and 1700s the Turks and Caicos islands were a popular base for pirates. “Turk” was a nickname for pirate and “Caicos” comes from the term Cayo Hico, which means “island chain”. Early maps show the two words were put together to warn sailors and travelers about the pirates.

There are flights to Turks and Caicos from destinations all over the U.S and if you’re based in Miami, it’s just a 2 hour flight away. Most international flights arrive at Providenciales International Airport although Grand Turk also has an international airport too (it’s just more commonly used for domestic flights). Grand Turk is also home to the country’s only cruise ship port, so you could visit Turks and Caicos as part of a cruise from Miami.

Once you arrive, you’ll probably want to rent a car to get around the island you’re staying on, as that’s the main mode of transportation.

Turks and Caicos experiences great year-round weather with temperatures ranging from 75° F (24° C) to 90° F (32° C). Although the islands experience little rainfall compared to some places in the Caribbean, the islands can be affected by hurricane season in summer and fall. The best and busiest time to visit is the winter “high season”, although this season can also be the most expensive.

Grace Bay was voted the world’s best beach in TripAdvisor’s Travelers’ Choice awards and it’s not difficult to see why. The 12 mile stretch of sand boasts calm, clear, turquoise waters and plenty of luxury resorts and restaurants. If you’re looking for a relaxing all-inclusive break, Beaches Turks and Caicos has everything you could ever need, all in one hotel. The luxury resort features five different themed villages (inspired by Italy, France, the Caribbean and Key West), a 45,000 square foot water park, TEN pools and 21 gourmet restaurants. If you’re a foodie, there’s a lot of dining to be done!

As you can imagine, with so many great beaches the most popular things to do here are watersports such as diving, swimming, kayaking, paddle boarding, fishing and kiteboarding. Popular romantic honeymoon excursions include taking a sunset catamaran cruise or horse riding along the beach. You could also visit one of the following attractions:

Salt House Museum in Grand Turk – At the beginning of the 1900s when the country’s salt industry was at its peak, total exports reached as much as 2 million bushels (about 140 million pounds). Sadly the industry was doomed though since the islands in Turks and Caicos are small and only a limited number of ponds could be developed. Sites such as Lake Windsor in The Bahamas proved to be more financially viable due to their larger size.  The remnants of the industry can be seen at the Boiling Hole in South Caicos and the Salt House Museum in Grand Turk.

Conch Bar Caves – Spanning 1.5 miles, the Conch Bar Caves are one of the biggest cave systems in the Caribbean. A guided tour allows visitors to see the stalactites, lagoons, stalagmites and bats that inhabit the system.

Turks Head Brewery – This brewery in central Providenciales is the only brewery operation in Turks and Caicos. Try one of their four beers – Turk’s Head Lager, Turk’s Head Amber, Island Hopping Ale (IPA) and Turk’s Head Lite (a light lager).