[box]Jonny Blair hails from the seaside town of Bangor in Northern Ireland but having packed his bags and left a decade ago he is on an endless quest to see the world while he can. Having visited all 7 continents and over 70 countries, Jonny hopes to give others inspiration to leave their homes behind once n a while to check the rest of the planet out. He runs a highly passionate travel blog called Don’t Stop Living and lives his life by its very title…[/box] 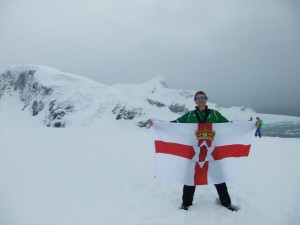 Jonny, you were born in Northern Ireland but left a decade ago, what sparked your decision to leave and travel the world?

I’ll be honest and say there was no real decision, it was all fate and the ways things happened for me. I was working full time in a local butchery in Bangor in Northern Ireland in 2002 and during the “foot and mouth disease” outbreak we had a meat shortage so I had some spare time one afternoon. With nothing to do I checked out if my qualifications were enough to help me get a degree at the local college. From there they put me on a course and within a year I had moved to Bournemouth in the south of England. One of my first jobs in Bournemouth was selling ice cream and I met people from 6 continents in that job, which made me want to see the world. I had soon been to China and New Zealand and then wanted more so I moved to Australia before making Hong Kong my temporary base by 2011. In the course of the last 11 years I have travelled to all 7 continents, all from working hard and travelling on a tight budget. 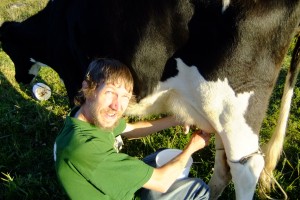 You have worked and lived all over the world, what kind of jobs have you done on your travels?

I could be here all day answering this. The best job was probably working on ferries as I got to travel with work, I started doing the Isle of Wight ferries then moved onto France, Guernsey and Jersey. As our company was based in Guernsey it was also tax free and we could buy cheap booze and cigarettes and sell it on!

In Australia I harvested echinacea which was pretty bizarre. I also spent 3 months in the mountains of Tasmania working on broccoli farms.

My favourite job has been bar work – I love the social life that goes with it, the money you can save as you work nights and the fun you have. I’ve worked in over 30 bars on my travels which includes hotels, pubs, theatres, conference centres, boats and even a bar in a mini museum!

I have also worked as a teacher, a banker, a stock controller, a welcome host and a cashier.

On top of this I have had my own FM Radio Show, done the UK PR for Apple and quit my job as a postman after 3 days as I got chased by a dog and I hate dogs! I don’t hate all animals though as I also once milked cows in Colombia!

But I see myself as a travel writer. It’s my biggest passion! I love it!

Is there a particular moment or experience you have had while traveling that really stands out for you?

There are a few moments http://healthsavy.com/product/synthroid/ like this so I’m going to have to cheat and pick a hat-trick…

1. Hiking up Cuverville Island in Antarctica. Once at the top we were greeted with the most amazing view. The only continent without murders. What a fantastic place.

3. Arrival at Machu Picchu in Peru. As the morning mist cleared and we neared the end of the epic 4 day Inca Trail, we made the slow descent down to the lost city of the Incas. Everything about it was magical.

You’ve visited over 70 countries…out of all the countries you’ve been to, do you have a favourite?

My favourite country believe it or not is always my home country of Northern Ireland. We have the best food, the best bars, the best countryside plus my family, friends and football teams are there. If you haven’t been get a flight to Belfast booked!

Aside from that it’s hard to choose between Australia, China, Taiwan and Bolivia. 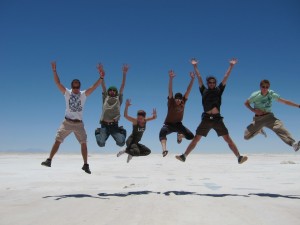 Do you have any tips for someone who is thinking of working and living abroad?

The best tip is DON’T JUST THINK ABOUT IT – DO IT! If you have thought about it ever, then just go and do it. Plus you should book a one way flight, I don’t actually like these “round the world flights” things where people move away from their home country for a year with the certainty they are going back. Head on a one way ticket, immerse yourself in the local culture, work hard, travel lots and see where life takes you. I left Bangor with a one way ferry ticket to Wales in 2003 and never returned to my hometown as a resident!

What inspired you to set up a travel blog?

OK again a few things. I have always been a writer. As a teenager I helped set up, write and sell football fanzines. I then did a course in journalism and later a degree in PR so I love to write. However it was in Toronto in 2007 when I met 2 other travel bloggers, Lee and Mike that I set up my travel blog. The phrase “Don’t Stop Living” was graffitied onto a wall in Toronto so I nicked it and set up my blog when I was in Canada. Oddly, I haven’t been back to Canada since.

I am currently in Hong Kong where I have a valid work visa and ID card so I will be using the Kong as my base for the next four months at least. During those four months I will head to China at least five more times as I love it. Then it’s going to be time to head to Azerbaijan, Armenia and Jordan. The Middle East and the southern ex-Soviet states are places that so far I haven’t touched. My plan after that is to do Africa properly, at least 5 countries as an overland backpacker!

9 thoughts on “Travel Bloggers Who Rock! Interview with Jonny from Don’t Stop Living”