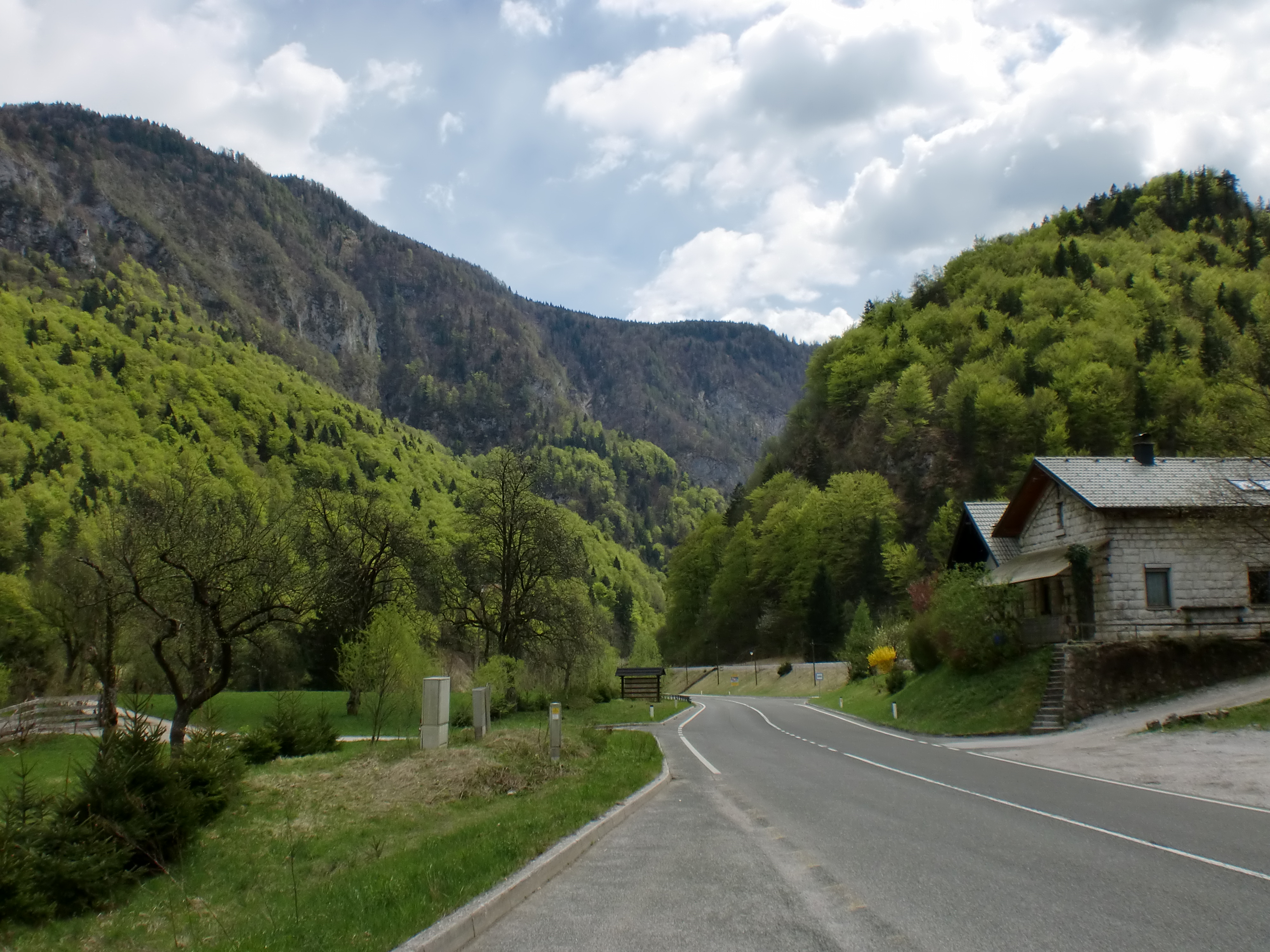 13 Jun Top Things to Do in Slovenia

Slovenia is pint-sized but rather pretty… a bit like Kylie Minogue. “I’ve heard of it, but where is it exactly?” you might ask. The country was part of the former Yugoslavia and sits between Italy, Austria, Croatia and Hungary. It does have a coastline on the Mediterranean, although the ‘beaches’ of rocks and pebbles aren’t your usual idea of a beach. The capital Ljubljana, pronounced [lyoo-BLYAH-nah], is known for its Dragon bridge, riverside cafés and colourful graffiti, and has a well-known hostel in a converted prison called the Hostel Celica. The the North West is the jewel in Slovenia’s crown, Lake Bled, as well as the stunning Triglav National Park. On the coast you have quaint little port towns like Koper, Piran and Portoroz and in the Karst region you can visit underground cave systems as well as vineyards and wineries. Here are just some of the highlights and things to do in Slovenia…

1. Visit Lake Bled– Lake Bled is an extremely pretty lake in North West Slovenia on the edge of Triglav National Park. It has a medieval fairytale castle on the north side and an island in the middle. If you want to get a closer look you can take a ride across the lake on one of the wooden rowing boats. 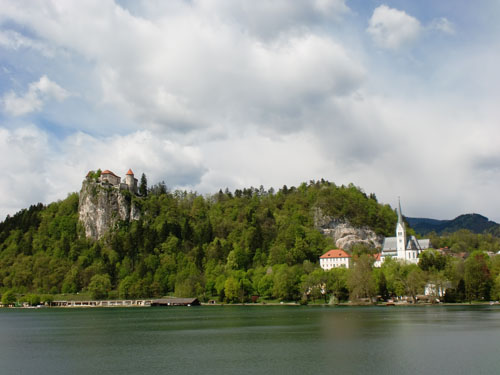 2. Hike to the Slap Sevica waterfall in Triglav National Park- Triglav National Park is an extremely green area with forests, streams, lakes and mountain peaks. As you drive through the park you’ll come across remote villages with chalet-style houses and log piles. There are lots of outdoor activities to do here such as hiking, white water rafting, horse riding and rock climbing. One of the highlights is hiking up to Slap Sevica waterfall, which also offers beautiful views over the National Park. 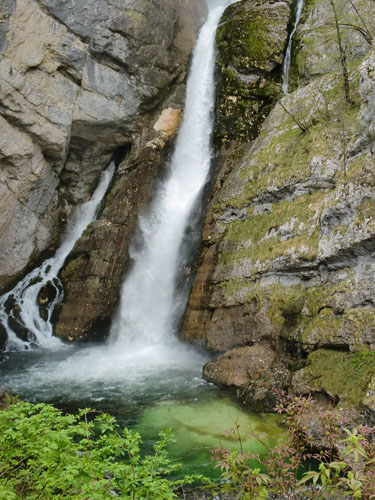 3. Take a tour through the Postojna Caves- The Postojna cave system is the longest cave system in the country and is full of incredible rock formations, stalactites and stalagmites. The tour takes you on a train through part of the cave, then you walk through the rest with a guide. 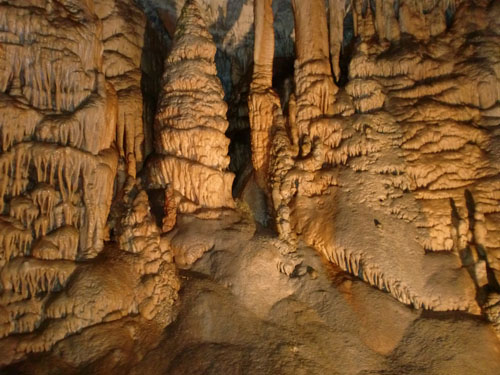 4. Wine tasting at a Winery- Slovenia has vineyards dotted all over the country and whilst you’re visiting, it would be a shame not to taste some of the wines they produce. Call at a winery to taste Teran wine, a special Slovenian wine which comes from the refošk vine. 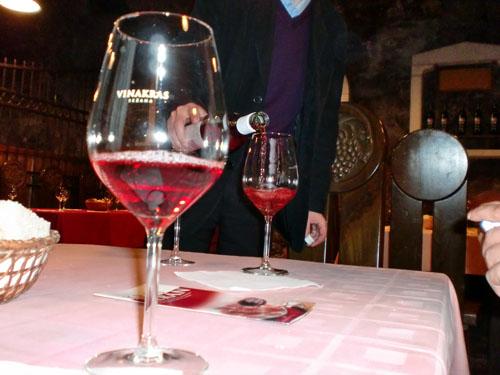 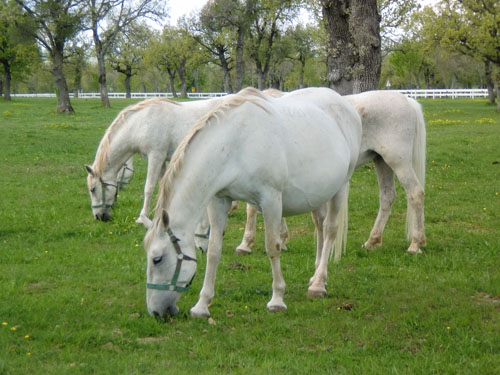 6. Visit the Coast- Whilst you won’t find much in the way of beaches on Slovenia’s coastline, there are some pretty towns to visit. The most notable ones are Piran, Portoroz, Izola and Koper. In Piran you can dine on fresh seafood in one of the restaurants on the sea front, nibble on some chocolate with salt crystals from the chocolate shop in the square, and watch the locals as they attempt to catch some fish from the end of the jetty. 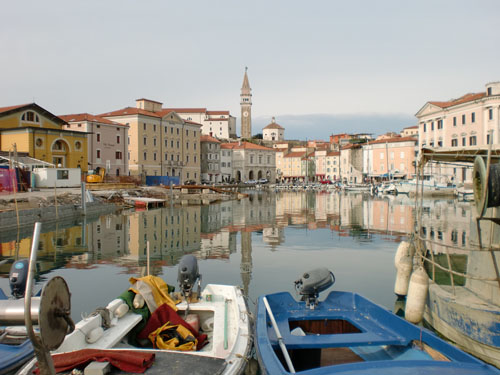 7. Metelkova City in Ljubljana- Metelkova City is a residential squat in a former army barracks behind the Hostel Celica, and the buildings are covered in cool graffiti and art. There are all sorts of weird and wonderful things on these buildings, from mosaics to ghouls and ghosts. 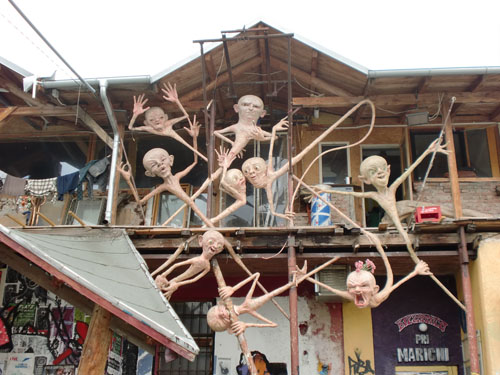 8. Predjama Castle– This baroque castle is over 700 years old and sits dramatically in a sheer, 123 metre-high cliff face. The castle is open to the public and you can wander around the refurbished rooms to imagine what it would have looked like all those years ago. 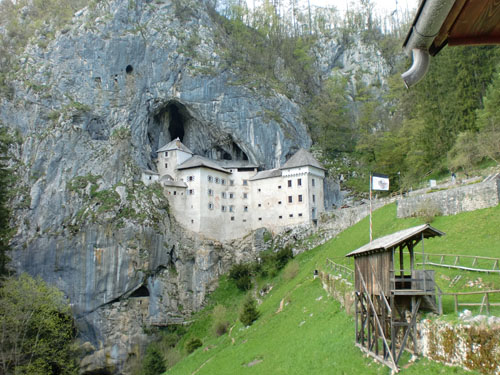 9. Ljubljana– Slovenia’s capital city, Ljubljana, is a small city with a river running through it. Have a cup of coffee in one of the riverside cafes and make sure you get a photo of the famous Dragon Bridge. It is also worth taking the elevator up to the castle for panoramic views of the city. There are outdoor markets selling fresh fruit and flowers, as well as indoor markets selling meats and cheeses. Most of the action takes place around Prešeren Square, where buskers entertain passers by with performances and music. At night visit the Skeleton Bar- a novel backpacker bar with 2 4 1 cocktails and a skeleton theme (think creepy skeleton portraits and sliding bookshelves). 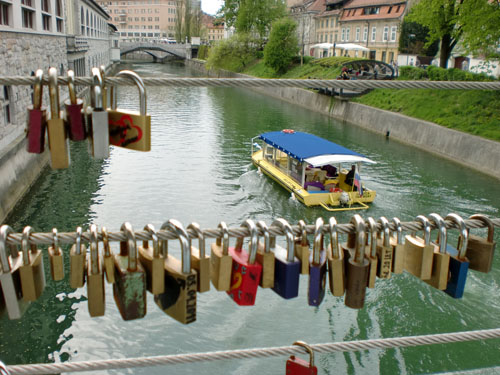 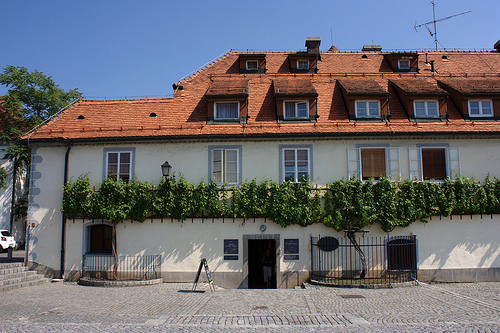 featured, places to visit, slovenia, things to do