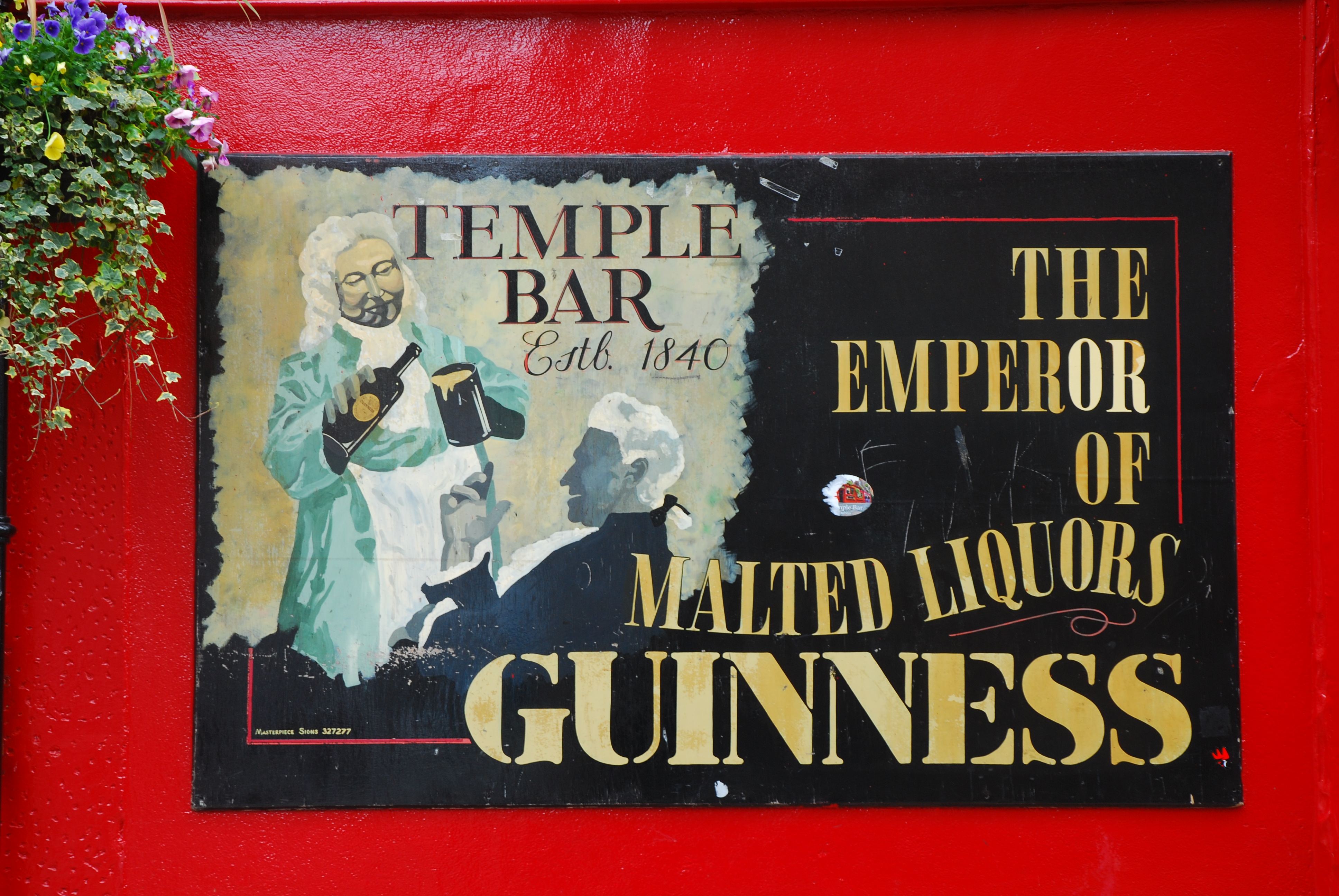 I had the pleasure of spending four days in Dublin staying at Paddy’s Palace, and then crossed another experience off my buckets list by spending St.Patrick’s Day here. I absolutely loved it. For me, Dublin is all about the atmosphere- walking down Grafton Street listening to the buskers, sitting outside a cafe doing some people watching, chatting to the locals, warming up your toes in a cosy pub, and sipping on a pint of Guinness listening to Irish music. If you know a Dubliner who can show you around, they are the best hosts out there. One of my favourite things about Dubliners is all the affectionate nicknames they give to the statues here: “the tart with the cart”, “the flirt in the skirt”, “the stiletto in the ghetto”, “the stiffy by they liffey” are just some of the ones I heard while I was there.

If you can tear yourself away from the pub then there are a few sights to see in Dublin:

1. Statue of Molly Malone aka “The Tart with the Cart” 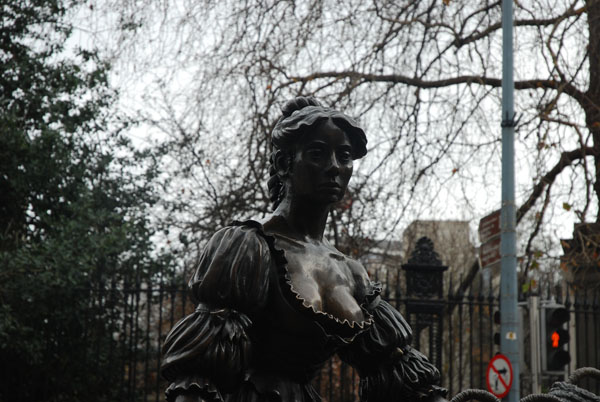 The Statue of Molly Malone is the Eiffel Tower of Dublin. She’s particularly famous because she has a low-cut dress and a rather large cleavage, so tourists often like to have a feel! “Molly Malone” is a famous Irish song, and the Molly Malone statue in Grafton Street was unveiled by then Lord Mayor of Dublin, during the 1988 Dublin Millennium celebrations.

2.The Spire of Dublin aka “The Stiletto in the Ghetto” 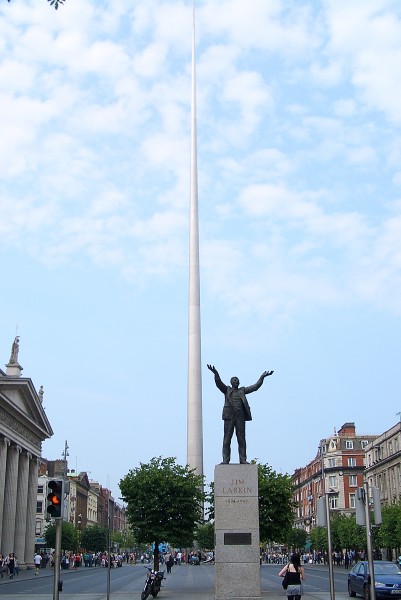 The Spire is a rather tall spiky silver thing on O’Connell Street, and is a popular meeting spot in Dublin because it’s easily visible on the skyline. This stainless steel sculpture measures 120m high and stands where Nelsons’ Pillar used to be before it was destroyed in an IRA explosion in 1966. Dubbed “The Stiletto in the Ghetto” and “The Erection in the Intersection”, the spire is 3m wide at the base, tapering to a 15cm point.

3.The Natural History Museum aka “The Dead Zoo” 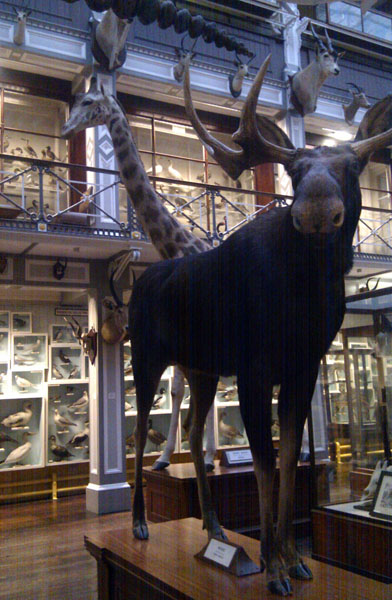 The Irish Natural History Museum in Dublin is basically filled with skeletons and dead stuffed animals, hence the nickname, “The Dead Zoo”. This was one of my favourite of the free museums! Downstairs is a collection of Irish creatures, including Giant Irish Deer, badgers, puffer fish, basking sharks, rays and even slugs! Upstairs there are all sorts of exotic animals from around the world, such as lions, giraffes, elephants, kangaroos and monkeys. 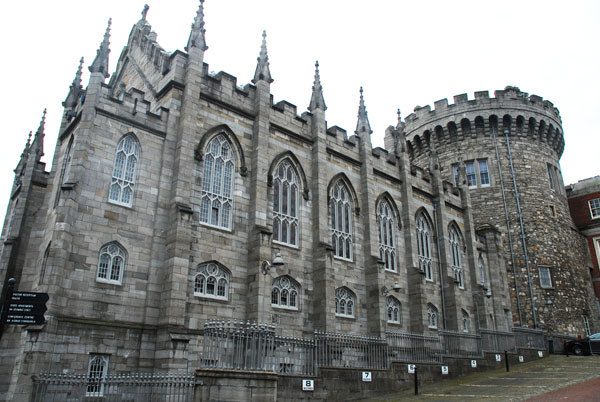 Dublin Castle was created in 1204 and has been in continuous occupation ever since, playing an important role in Ireland’s history. The Castle is now used for important State receptions and Presidential Inaugurations, as well as performances such as concert recitals. You can buy tickets to take a guided tour around the State Apartments, or simply walk around the grounds, the Chapel Royal, the Chester Beatty Library, the Garda Museum and the Revenue Museum for free. 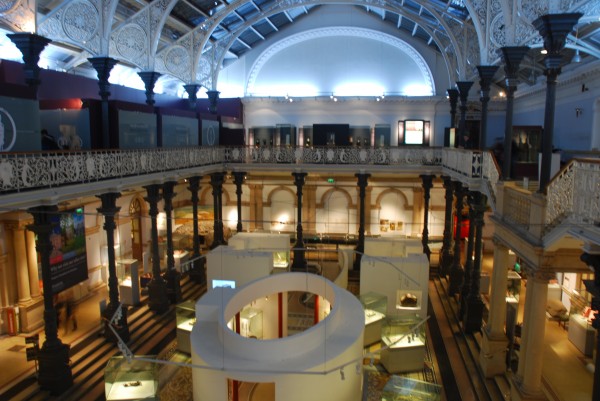 The National Museum of Ireland-Archaeology is home to all artefacts found in Ireland. There’s a brilliant Gold exhibition displaying Bronze age goldwork, and the Kingship and Sacrifice exhibition features some recently found bog bodies. Upstairs there’s also an Ancient Egypt exhibition where you can see the cartonnage case of the mummy Tentdinebu.

Unfortunately they wouldn’t let me take pictures inside the National Gallery, but there were a few famous works of art in here, including works by Picasso, Gainsborough, Caravaggio, Goya, Monet and Van Gogh. Again, entrance was completely free so it’s definitely worth having a quick look around. 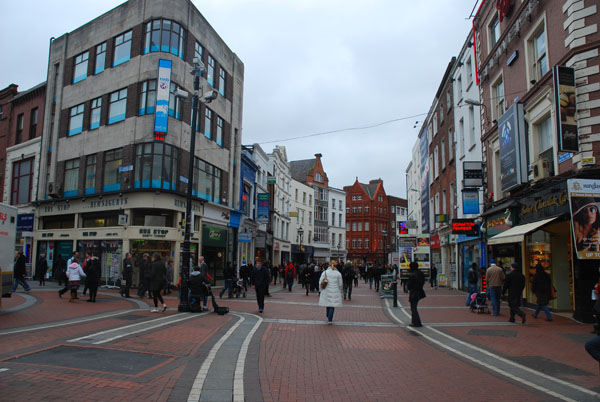 Grafton Street is Dublin’s famous pedestrian shopping street which runs from St. Stephen’s Green up to College Green. This is where you’ll find the Statue of Molly Malone and lots of buskers- in fact musician Damien Rice used to busk here. There’s always a great atmosphere around here. 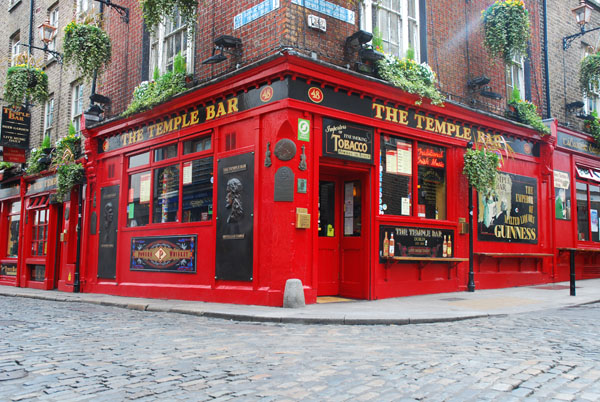 Temple Bar is the overpriced, touristy area of Dublin, but it’s definitely worth a visit if it’s your first time in Dublin. Whilst there is a famous bar with a red front called ‘Temple Bar’, the term actually refers to an entire area and not just one bar. There are lots of bars, pubs and restaurants here, as well as the usual tourist shops selling souvenirs. Have a wander around there during the day and look at the brightly coloured street art, as well as the “Wall of Fame” featuring pictures of famous Irish artists. At night the area gets pretty chaotic and fun, with lots of people on their stag and hen do’s! 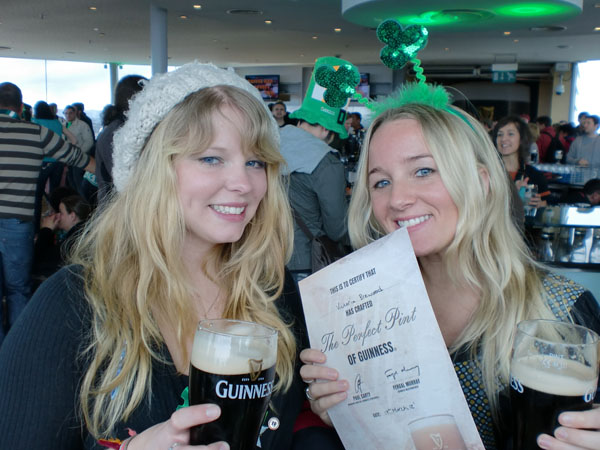 The Guinness Storehouse is one of the highlights of a trip to Dublin, and I could have easily spent a whole day in there. You can learn all about how Guinness is made, have a go at pouring your own pint, enjoy a tasting session or two, and sip on a pint of the black stuff in the Gravity Bar which offers 360 degree views of the city. There’s also a souvenir shop on the ground floor where you buy a ton of Guinness souvenirs for your friends and family. 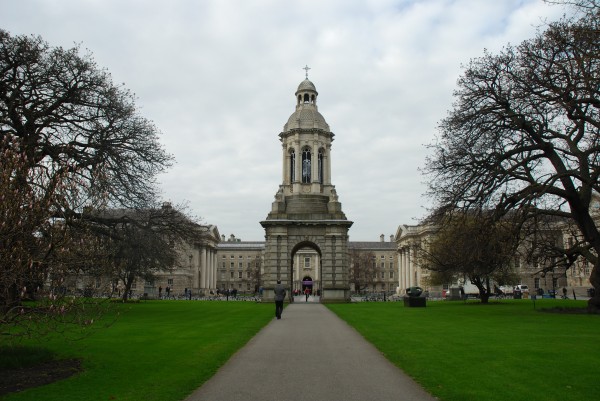 Trinity College is Ireland’s oldest and most famous university, founded in 1592. The University is home to the Book of Kells, a famous 9th-century illuminated manuscript containing the Four Gospels.  If you don’t want to queue up to see the Book of Kells, it’s still worth walking around the grounds of the University.