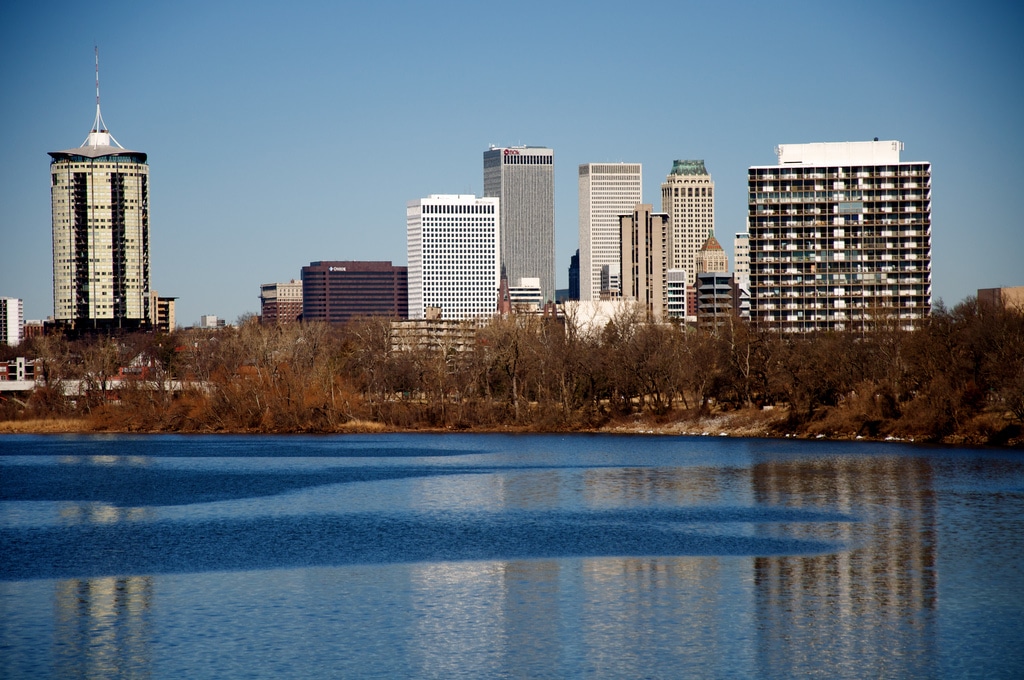 20 Jan Things to do in Tulsa, Oklahoma

Posted at 16:15h in Blog by Victoria 0 Comments
Share

Tulsa, the second-largest city in the state of Oklahoma also known as the ‘Oil Capital of the World’ as it is situated atop of the world’s largest known oil reserve. The city has a few highlights with a lively history, and there are also a few attractions that are best visited after you drained the “must-see” landmarks.

The Union Station in Tulsa is a place to the Jazz Hall of Fame. The Jazz Depot exhibits the hall of fame and has works of musicians such as Charlie Christian and Wallace Willis. On Sundays, you can hear live performances in the Grand Concourse.

Visit Philbrook Museum of Art is a former oil magnate’s villa converted into a stylish and well thought out collection of artwork, mainly of Native American origin. It looks like a painting on canvas with the beautiful greenery surrounding it. Tip: Docent-led tours of the collections take place daily and are free.

Take a look at the Prayer Tower, an iconic building, and is recognized throughout the world. It is 200 feet high and is positioned at the very center as it signifies that God should be central to everything in life.

The Tulsa Air and Space Museum covers an area of 18 acres. The planetarium opened in 2006 and was the first in the state of Oklahoma. Surprisingly, more than two and a half million visitors have enjoyed the museum since it opened. The exhibits include the science behind flight and space, simulators and historic artifacts.

The famous golden statue of an oil worker known as the Golden Driller, weighs approx 43,500 pounds. The statue was not built in Tulsa but was made by an oilfield supply firm from Texas for a trade fair. You can visit the statue to get a glimpse of the magnificent architecture.

If you have a thing for zoos then you may take a stroll around the Tulsa Zoo that covers an area of 75 acres and is owned by the City of Tulsa itself. The zoo is run as a not for profit organization and homes more than 1500 animals from more than 430 different species. Animals in the zoo include Asian Elephants, American Alligators and the White Rhinoceros. The zoo is split into several themed exhibits including Asia, Africa and The Rainforest each with their habitats and collection of animals.

If you are looking for some thrill and fun or have kids who would want to visit Water Park then you must visit The Big Splash Water Park, it is the city’s only water park. The park features rides and attractions for all ages and levels of daring. The water park is accompanied by three flumes, a lazy river ride, a wave pool and Little Splash children’s pools. Without a doubt the most hair raising attraction is the Silver Bullet, a 72 foot drop flume which only lasts for 7 terrifying seconds!!

Enjoy some shopping spree at the Woodland Hills Mall in Tulsa, made up of more than a million square feet of shops. There are more than 165 stores in the mall highlighting all the major chains and brand names as well as 80 shops that can only be seen in the mall and nowhere else in the city. Other pastimes in the mall include glass elevators, a children’s play area and carousel and a modest food court with plenty of options.

The most interesting part of Tulsa is the Tulsa Center of the Universe is best described as an acoustic oddity. To the novice eye it looks like a ragged circle about 8 feet in diameter but when you stand inside the circle and make a sound the noise is echoed back only louder. The circle is made even odder by the fact that people standing outside of the circle cannot hear the noise at all. It’s an unbelievable effect and one must witness this.

Where to stay in Tulsa on a budget:

This OYO hotels, due to its most convenient location, Hotel Tulsa N Sheridan Rd & Airport remains a favored name amongst all budget travelers. The property is located at just 4 miles of distance from Tulsa International Airport.

A remarkable trip can be determined by the complete amenities it offers and the rooms here provide various amenities for guests to make use of during their stay here. Some of them include Laundry service, Parking Facility, Swimming Pool, 24/7 Check in, Room Service, Free Wi-Fi, Modern Furniture, Laundry, 24×7 Accessible Kitchen, Reception, Daily Housekeeping, Bath Tub, Card Payment, Attached Bathroom, First Aid, Mirror, CCTV Cameras. With these facilities available at all times, the guests staying at this hotel are compelled to have a lasting experience.