For first-time visitors, The Big Apple can be rather overwhelming. On my first visit to to New York City I used the New York Travel Guide and I had no idea in what order to do everything! There are so many iconic buildings, museums, galleries, restaurants and things to do, you’ll certainly never be bored. This is the city that never sleeps!

If you’re not sure where to start, I’ve put together a list of top things to in New York for first timers.

Central Park is an enormous public park covering 840 acres of land. If you’re short on time, take a romantic horse and carriage ride around the park for a quintessential New York experience. You’ll pass sights such as the Central Park Carousel and Strawberry Fields- a 2.5 acre park paying tribute to John Lennon.

5. Stroll around the West Village and visit Magnolia Bakery

The West Village is an artsy, bohemian neighbourhood and a fair few celebrities live in this area. Take a stroll around the shops on Bleecker Street and visit Magnolia Bakery, a well-known store selling delicious cupcakes!

3. Admire the view from the Top of The Rock 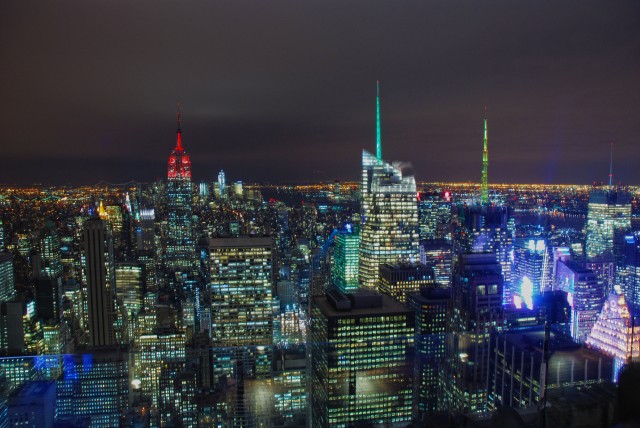 For a fantastic view of New York, visit the Rockefeller Center and go to the Top of The Rock observation deck for unobstructed 360 degree views of New York City. The 68th and 69th floors are indoors, while the 70th floor is an open air viewing deck.

The Museum of Modern Art, affectionately known as MoMA houses modern and contemporary art works and installations. When I visited the gallery there was a ‘soup kitchen’ installation, so I even got to have something to eat for free! I also got to see works from some of my favourite contemporary artists, including Andy Warhol and Lichtenstein.

Fifth Avenue is New York’s famous shopping street and one of the most expensive shopping streets in the world! Even if you don’t want to buy anything you must at least walk down this street to marvel at the carefully crafted window displays! The shopping street is lined with prestigious stores including Tiffany & Co. and Bergdorf Goodman.

New York has served as the backdrop to countless movies and TV shows and when you visit the city you can’t help but feel like you walked onto a film set. On Location Tours offers a variety of tours that will take you to see the major filming locations for your favourite film or show. I did a Sex and the City Tour of New York and loved it!

7. Enjoy some food and wine at Eataly

My travel vlogger friend Kelley Ferro introduced me to this place and I absolutely loved it! Eataly is an Italian marketplace on 5th Avenue that sells high-quality produce like cheeses and cured meats. In addition to shopping for delicious ingredients, you can also enjoy a glass of wine and dinner here too!

8. Take the ferry to the Statue of Liberty

The Statue of Liberty is one of New York City’s most famous landmarks. Holding a torch in one hand and a tablet inscribed with the date of the American Declaration of Independence in the other, she is a symbol of freedom for many around the world. You can take the ferry from Battery Park to the island and actually go inside the pedestal of Lady Liberty. If you purchase a Crown ticket, you can climb the 377 steps up to the Crown.

9. Sunset at the Top of the Empire State Building 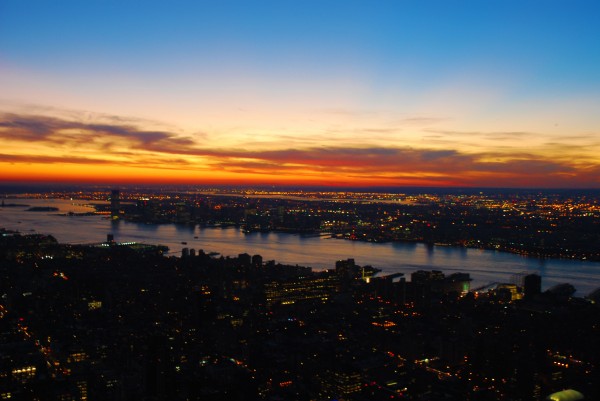 The Empire State Building is an iconic building that has played an important part in countless classic movies including An Affair To Remember, King Kong and Sleepless In Seattle. Take the elevator up to the Observation Deck for spectacular views of the sun setting over New York City.

Times Square is famous for its illuminated billboards, so the best time to visit is at night. Walk through Times Square after dark and take your camera with you! If you visit New York for New Year’s Eve you can see the Annual Ball Drop- when a giant crystal ball is lowered from the pole of One Times Square!

Grand Central Terminal is the world’s biggest train station by number of platforms, and it’s also one of the most spectacular train stations I’ve ever seen. Climb up the stairs to the gallery and watch commuters rushing to catch their trains!