23 Jan A to Z of Barbados Challenge: Part Two

In a continuation of my A-Z of things to do in Barbados, I present to you Part Two: Letters N-Z! (You can read part one here)

N is for National Dish 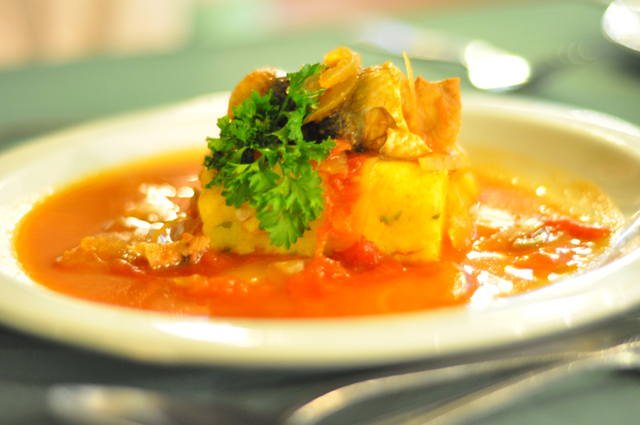 The national dish of Barbados is Cou-Cou! I had a taste of it at Brown Sugar restaurant, located just outside of Bridgetown. Cou Cou consists of cornmeal and okra, topped with Flying Fish (the national fish of Barbados) and an aromatic tomato based-sauce.

O is for Oistins Fish Fry 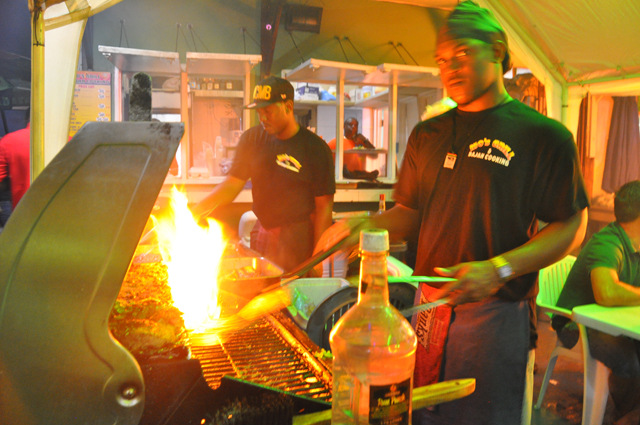 You simply cannot leave Barbados without visiting the famous Oistins fish fry! Oistins is buzzing with both locals and tourists on a Friday night and it’s one big shoulder-to-shoulder party! There are basically lots of different inexpensive restaurants with plastic tables and chairs and I’m sure all of them are good… we ate at Mo’s, which is just right of the main stage. Fish is the main thing on the menu, including dolphin fish, king fish, snapper, swordfish and tuna. I received a huge portion of fish served in a takeaway box, along with macaroni pie, coleslaw and salad- it was delicious but I was so full! Early on in the evening the music was quite mainstream with a mixture of locals, tourists and kids dancing on the stage, but as the night wore on it became a bit more hardcore. The place was absolutely packed and the party went on till late. A plate of food will set you back about BBD $30 and a Banks beer BBD $10, which is cheap for Barbados prices.

P is for Plantation 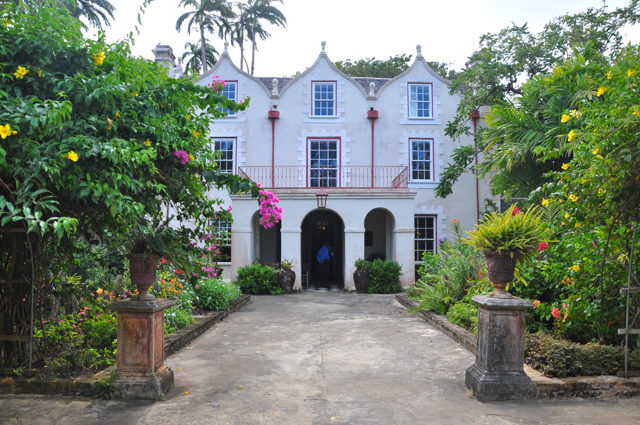 Built in 1658, St. Nicholas Abbey is one of the island’s oldest surviving plantations and is set amongst 400 acres of rolling sugar cane fields, tropical gullies, mahogany forests and formal gardens. We took a tour around the Jacobean mansion, tasted some of St. Nicholas’ special aged rum, met ‘Lance’ and ‘Baby’- the resident Salmon Crested Cockatoos- and enjoyed a pot of tea and homemade molasses cookies served on traditional English china. The rum makes a perfect gift to take home, as it is hand-bottled into an elegant decanter etched with an image of the great house.

To plan your visit, see http://www.stnicholasabbey.com/

Q is for Queen’s Park 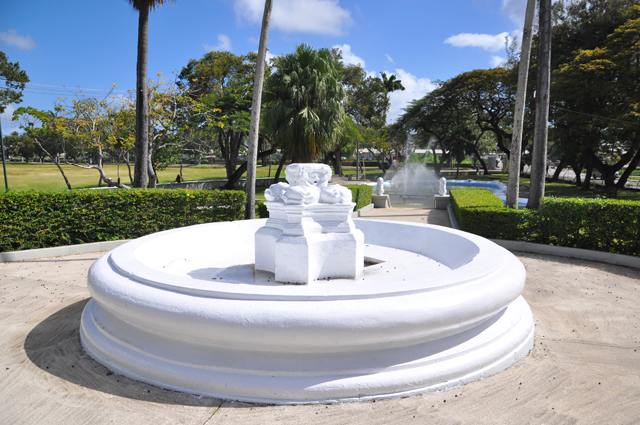 Queen’s Park is a large green space in Bridgetown and it’s a nice place to go for a stroll. There’s a baobab tree that’s over a thousand years old, a bandstand and a fountain. Apparently at Christmas it is tradition to stroll through Queen’s Park wearing one’s finest clothes, but since it was January I didn’t get to see this spectacle!

R is for Round House 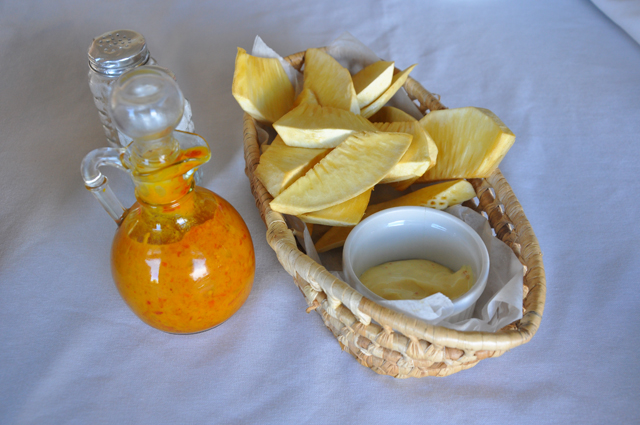 The Round House restaurant is perched on a cliff overlooking the rolling waves of Bathsheba. It was recommended to me by a follower on Twitter, and I’m so glad he told me about it because this is the perfect lunch spot on the East Coast. Built in the 1800’s, the Round House offers commanding views over the coastline and is just a stone’s throw from the beach. We enjoyed a pot of tea and tucked into their delicious breadfruit chips, but it’s also a fantastic spot for an ice cold beer after a day of surfing.

S is for Soup Bowl 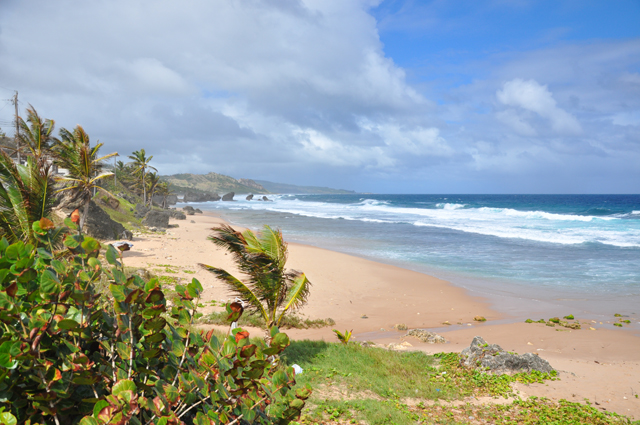 The Soup Bowl is a famous surf spot on the east coast of the island and is named after the foamy surf in these parts. This side of Barbados is battered by the Atlantic ocean, so surfers flock here to take advantage of the swells. We drove to Bathsheba where we had a bite to eat at the Round House, then drove along the coast stopping for a beer in one of the local rum shops. The scenery was breathtaking and this was definitely one of the most beautiful road trips I’ve taken.

T is for Turtles 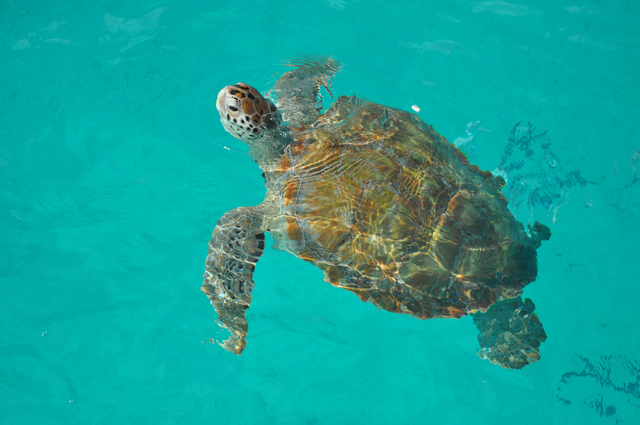 Elle and I got to see a turtle up close on the Jammin catamaran, but we wanted some more one on one time with these incredible sea creatures, so we signed up for a boat trip with local legend MC Turtleman. He really is a character and he knows where the turtles are at! We got to drive the speedboat along the coastline and he cut up some squid to feed to the turtles. We saw not one, but two sea turtles and jumped in the water with them.  I’d say we swam around with them for a good 30 minutes and I was so close I could stroke their shells. He ain’t called MC Turtleman for nothing!

U is for UNESCO 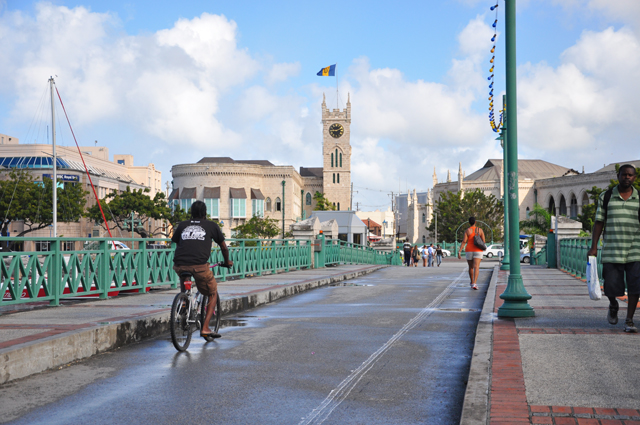 Historic Bridgetown and its garrison together make up a UNESCO World Heritage site. The city is considered to be an outstanding example of British colonial architecture and gets its name from the bridge that was constructed by the original Amerindian settlers. Since colonial powers such as Holland, France, England and Spain were often at war over the Caribbean Islands, the garrison fortification was built along the west coast of Barbados to protect the British colony…In fact it was the largest in the British colonies in the 18th and 19th centuries.

V is for Vacation! 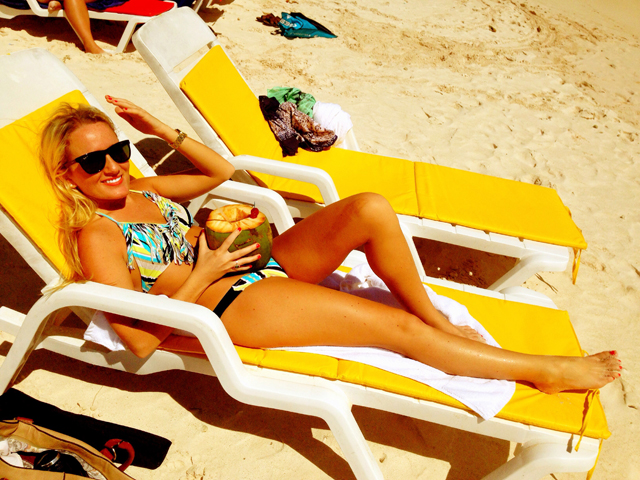 While there are lots of things to do in Barbados…what the island is really about, is taking a well-needed vacation. A travel blogger needs to relax now and again, so on my last day I parked myself on a sun lounger, ordered myself a fresh coconut, and stayed there all day. Bliss!

W is for Welchman Hall Gully 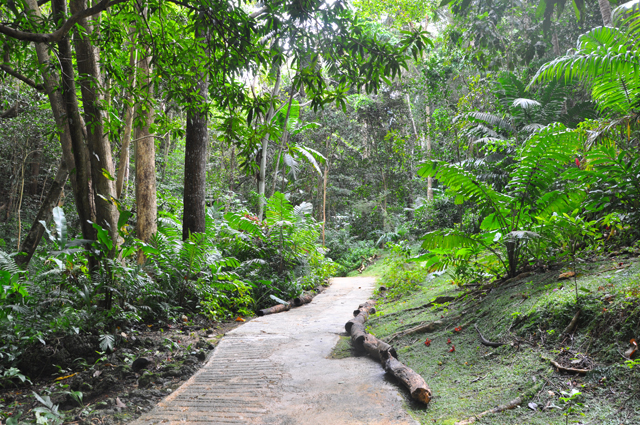 If you’re a plant and nature enthusiast, then you’ll like Welchman Hall Gully. The gully is home to all sorts of flora and fauna and there are markers to help you discover the names of each plant with the help of the printed guidebook. The Green Monkeys that frequent the forest are fed daily here, so try to make your trip coincide with their feeding time.

X is for X Marks the Spot 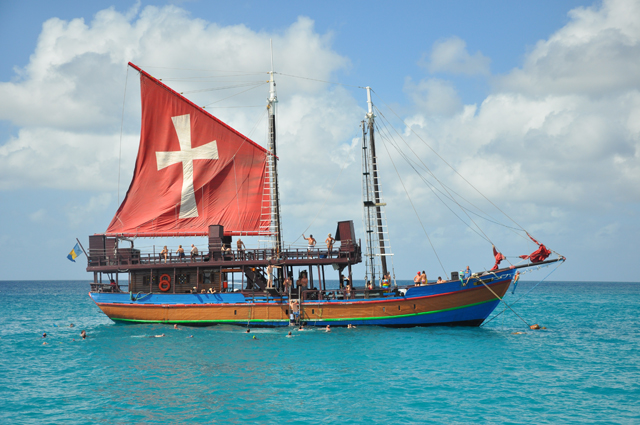 I was really having to dig around to find something beginning with the letter X. Apart from xylophone and X-ray, there are hardly ANY words beginning with the letter X. So I had to think laterally…hence X marks the spot. Barbados is known for having two pirates of the caribbean- Sam Lord and Stede Bonnet- and you can have your own pirate adventure by walking the plank on the Jolly Roger pirate ship, exploring the sunken shipwrecks just off the coast of Barbados, or taking a day trip to the island of Dominica, where much of the filming took place for the Pirates of the Caribbean movie.

Y is for Yacht Club 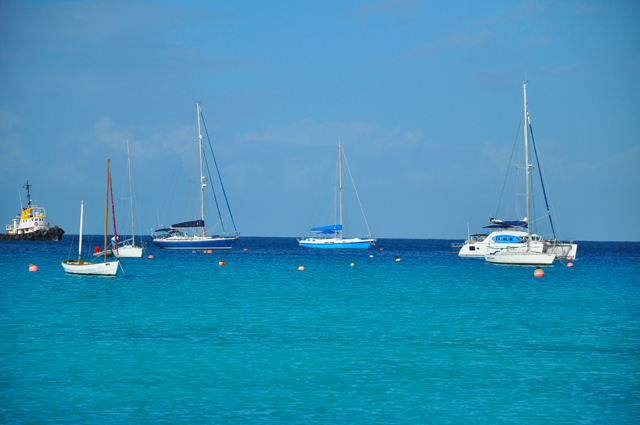 The members-only Barbados Yacht Club was founded in 1924 to promote sailing on the island, and can be found on the beautiful white sands of Carlisle Bay, which is blessed with steady trade winds and calm waters. If you’re lucky enough to have a yacht in Barbados, the club  boasts a number of sailing and recreational facilities including a bar and restaurant, boatshed and tennis courts.

Z is for ZR Vans 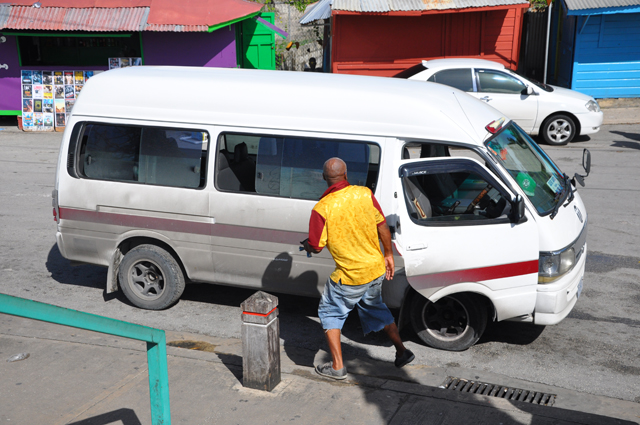 The ZR vans (pronounced Zed-R) are privately-owned white minivans with a maroon stripe down the side and you see them all the time on the roads. They typically run on shorter routes in the more populated areas in Barbados, and they are a good choice if you need to get somewhere on the west or south coast of the island. You’ll be charged a fixed rate of BBD $2 per person one way and it can be quite the experience; they move quickly and stop frequently to pick up the maximum number of passengers, so they can be quite loud and cramped.

My trip was part of a 5-day challenge organised by the folks at Travel Supermarket, who covered my hotel, rental car and expenses. Flights were kindly provided by Thomas Cook Airlines. You can read more about the challenge in my previous post announcing the #AtoZofBarbados. I chose an activity for each letter of the alphabet, and 5 of the letters were chosen by my Twitter followers in a live treasure hunt! All opinions written here are my own.