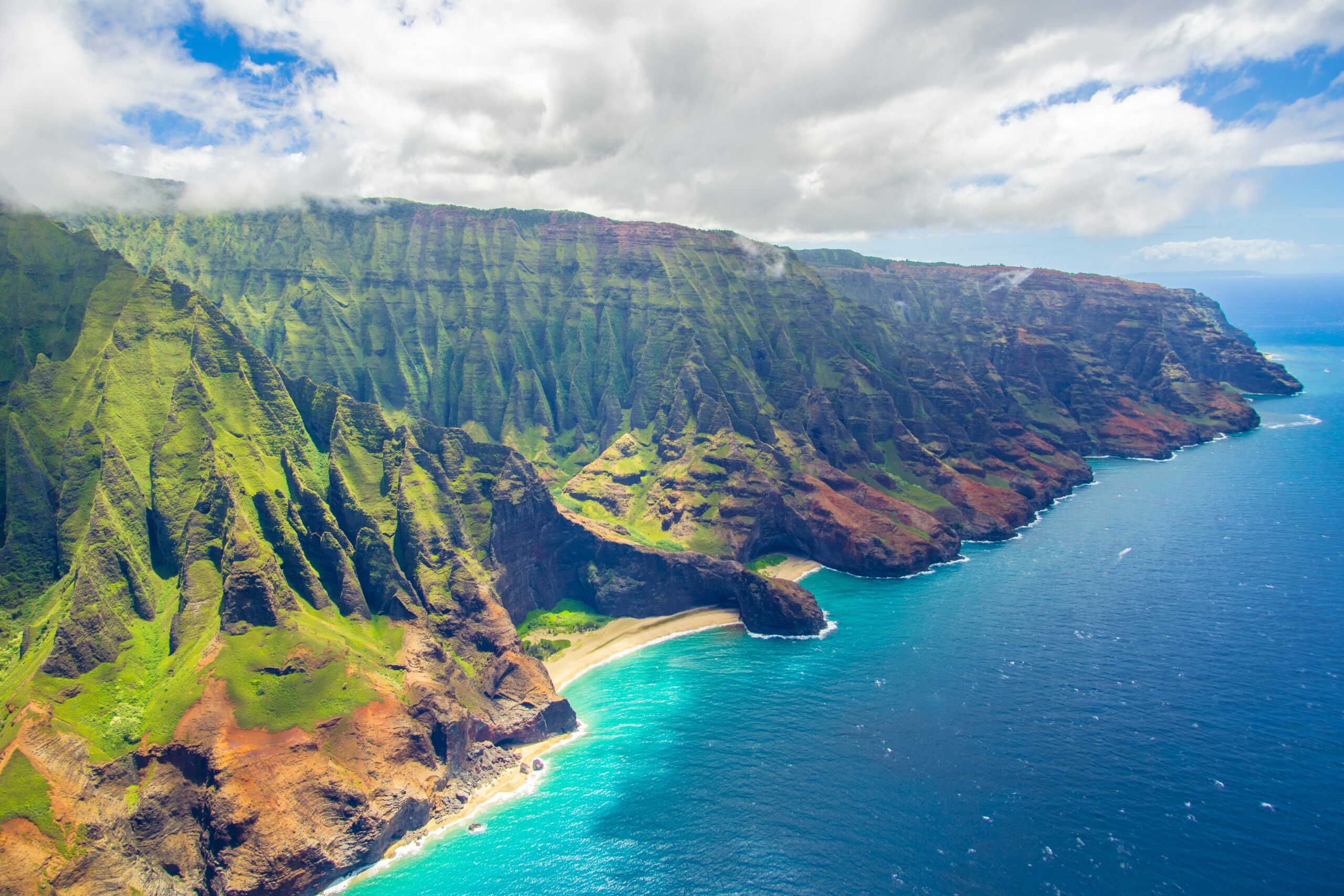 20 Jan The Most Unforgettable Things To Do In Kauai

Posted at 17:59h in Blog by Victoria 0 Comments
Share

The island of Kauai in Hawaii is the fourth largest and second-oldest, geographically speaking, of the Hawaiian islands. Stretching 169 kilometres across, it ranks as the 21st largest island in the United States of America. It is home to the Waimea Canyon State Park, also known as the Grand Canyon of the Pacific. The Park features Mount Wai’ale’ale, which receives extreme amounts of rainfall and is recorded as one of the wettest places on earth. Kauai is also known as the “Garden Island” because of the lush green valleys, forking rivers, tropical rainforests, and luscious waterfalls. Kauai is the picture of paradise and worth a visit for those lucky enough to be able to take the trip to this fantastic destination.

To go along with this natural beauty, the island boasts a plethora of outdoor activities from kayaking down one of the many rivers to hiking, snorkelling, surfing, and just about anything your heart desires. It can be overwhelming at first glance, so here a list of some of the best things to do on the Hawaiian island of Kauai.

Fly over the island in a helicopter

Picturesque Kauai is breathtaking from just about any angle, but nothing in the world will beat the view from above. Not only is the landscape incredible, but the bird’s eye view of the island will also show off its immense beauty and diversity. You will fly over beaches, waterfalls, red and green canyons, rivers, water inlets, rocky coastlines, and more.

It must be noted that this is an activity that will not be cheap to undertake, but it is worth saving up for. Nothing will show off the island quite like a helicopter trip will. There are even doors off helicopter tour for the brave who want an unimpeded view. The weather will play a big part in this outing, so make sure to make the initial booking for a day early on in your trip if it needs to be rescheduled due to rain or high winds.

Kauai island is famous for its cascading waterfalls, but none are more notable than Manawaiopuna Falls for a few reasons. The first is that it is remote. In fact, it is so remote that it is only viewable or reachable via a helicopter flight, which is another reason a heli trip was listed first. It is also located on private property, so visitation, even by helicopter, is only permitted via prior arrangement, so it is also incredibly exclusive.

More than that, though, the site was made famous by being one of the filming locations for the Jurassic Park and Jurassic World film franchises. It has become so ubiquitous that to many the location is known simply as Jurassic Falls. This fact has made it one of the most sought after destinations on Kauai, despite its exclusivity.

This is because the Jurassic film franchise has had a massive impact on popular culture. These days, it is about so much more than just films. There have been books and comic books written, animated television shows, lego build projects, and more.

There is a video game titled Jurassic World Evolution in which players can build their own Jurassic Park and even a themed slot game Jurassic World by Microgaming featured on the best casino sites. The franchise is a global powerhouse, so it stands to reason people would want to visit one of the iconic filming locations too.

Take a boat down the Napali Coast

The Napali Coast is the must-see location on Kauai. It is the island’s defining feature and can be seen by helicopter, on a boat, or on foot. In all honesty, if you can make it happen on your trip, it is worth doing all three because each view is different and distinctly stunning in its own way.

Boat trips along the Napali Coast often include a stop by the hike-able Kalalau Trail, swimming, snorkelling, a BBQ on the boat, and sightings of the most wonderful sea life from turtles, to pods of dolphins, a plethora of wonderfully-coloured fish, and even humpback whales.

There is also an option to take inflatable rafts to the sea caves on the coast, but it can get quite dicey when the waves are high. Every charter boat is different though, so be sure to check which is offering what before deciding on your sea chariot.

The “Grand Canyon of the Pacific” stretches for 23 kilometres, is just over 1.5 kilometres wide, and is 1.1 kilometres deep. The panorama is, quite simply, breathtaking. The canyon cliffs’ browns and oranges stand in stark contrast to the lush green forests atop the mountain passes and the canyon valleys.

The area is easy to traverse on a car, and it is worth checking out as many viewpoints as you can because the height of the canyon edges can reach into the clouds, so sometimes clouds can get in the way of the view. There are also thousands of incredible picnic spots, so don’t miss this opportunity to pack one to enjoy one of the most picturesque meal locations you could ever dream of.

The weather can play a considerable role in visitors’ enjoyment of this area, so be sure to keep on top of what it is doing before planning a trip to the Waimea Canyon. If there is even the slightest suggestion of rain, consider going another day or, failing that, pack plenty of warm clothes, rain jackets, and rubber boots, if you are planning on going hiking.