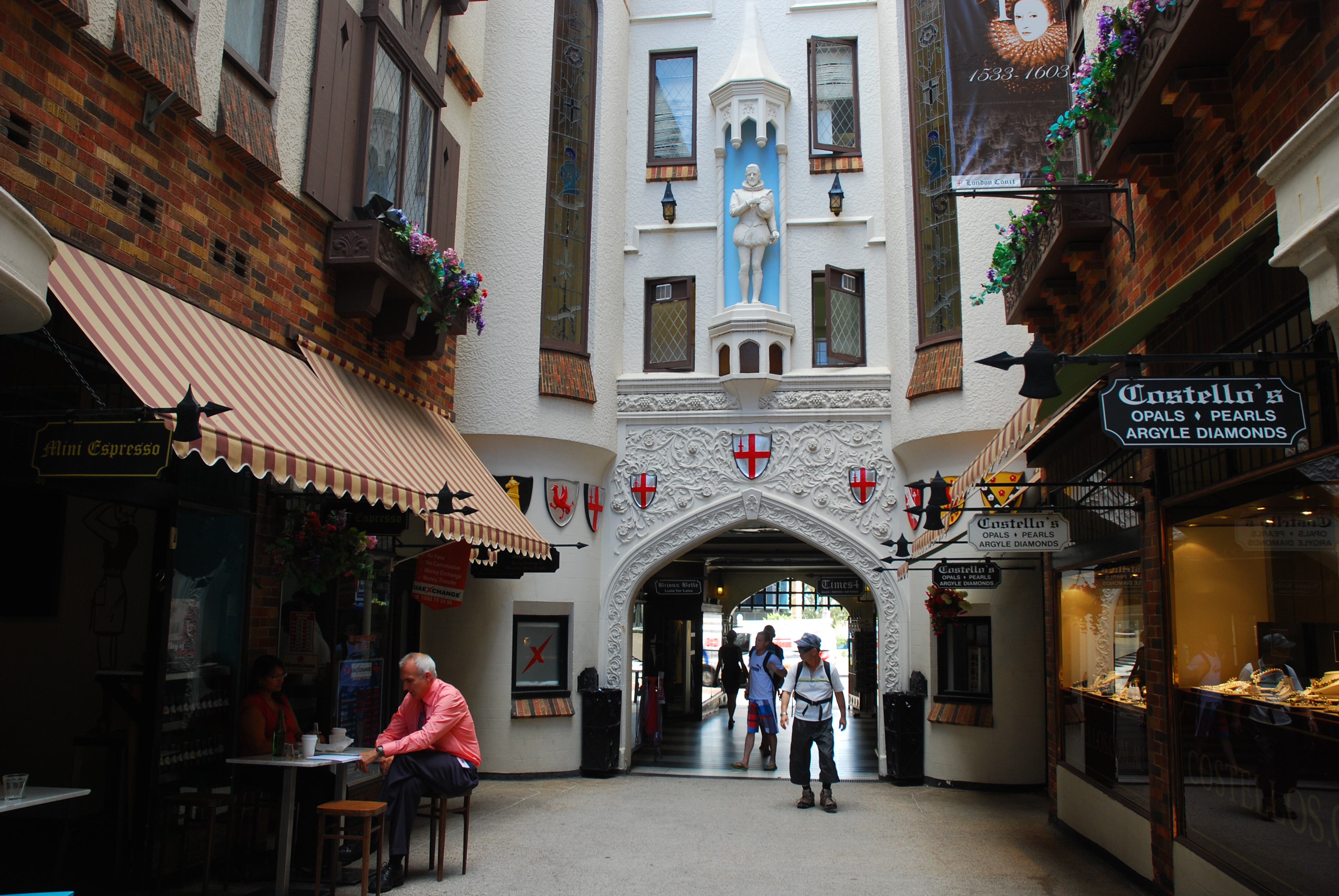 I’ve been to most of Australia’s major cities on trips in the past, but one city that I hadn’t been to was Perth, so this time round I flew over to Western Australia to visit friends and see what the city has to offer.

Perth city is pretty compact and easy to walk around, with most of the shops confined to the pedestrian areas of Hay Street and Murray Street, which are linked by several arcades with smaller boutiques. The CBD still has a city-vibe with skyscrapers and office workers, but it is much more laid-back and relaxed than other Australian cities.

I love cities that are on the water, and Perth lies on the banks of the Swan River, so it’s nice to be able to walk along the water and enjoy the view, particularly around sunset. I only spent a day walking around the CBD, but if you find accommodation in the city, then there’s plenty to see and do and Perth’s a great base for exploring other parts of WA.

When I hopped off the bus on St. George’s street, the main thing on my mind was food, so I had lunch at a Korean restaurant on called Arriang on Barrack Street which offered some special lunch deals. I ordered the beef bulgogi set which is thinly sliced beef in sweet soy sauce served with rice, miso soup, kimchi and namul- for $13.90 I felt it was value for money and I left feeling absolutely stuffed! 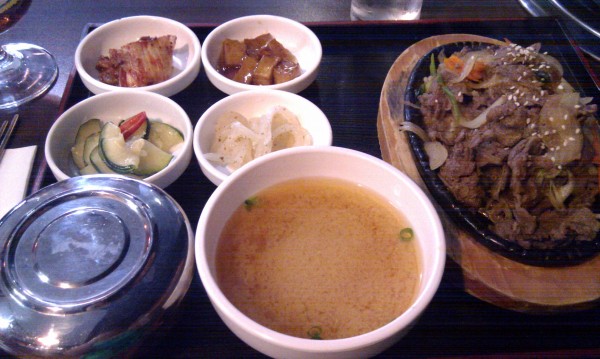 I then walked around the shops in the city centre and enjoyed a coffee in a trendy cafe called Ecucina, recommended to me by a friend. If you’re looking for Wi-Fi in the city centre, I found Wi-Fi at the Western Australian Visitor Centre on the corner of William and Hay Streets, and at City Central Arcade on Murray Street. 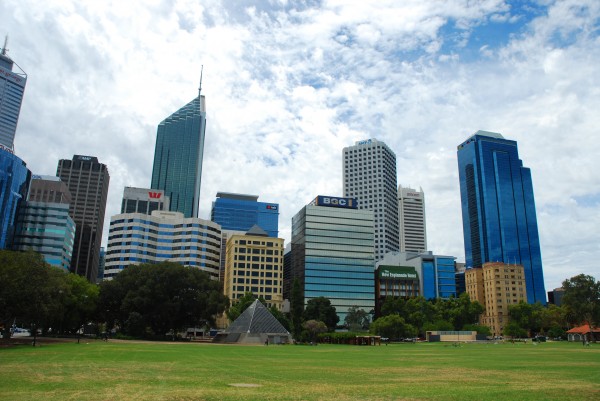 From the shops I walked down towards the water and looked back at the city skyline. As I crossed the road a wooden replica tram drove by- this is a sightseeing tour run by Perth Tram Company, which takes tourists to see the city’s attractions including King’s Park and the Botanic Gardens. 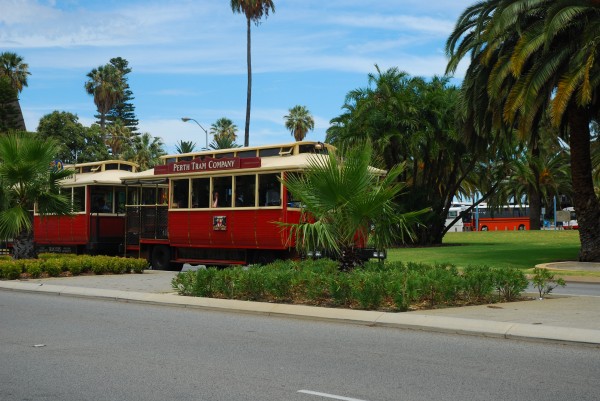 It’s incredibly peaceful and quiet down by the water, and I would recommend having some pub grub or just a drink in ‘The Lucky Shag’- not just because of it’s name, but because it also offers spectacular views across the Swan River to South Perth. The entire waterfront is lined with palm trees, and at some moments I didn’t even feel like I was in Australia as it’s just so different to other parts of the country. 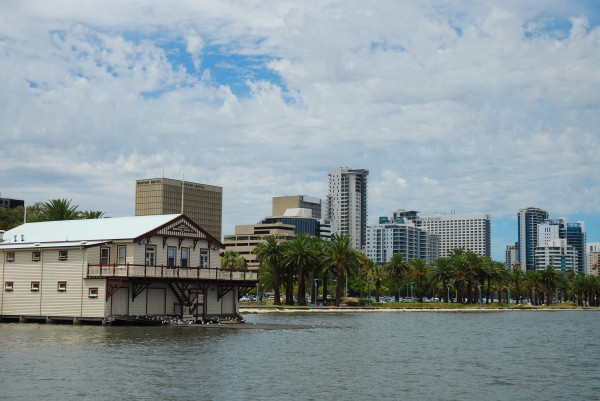 Above is a picture of the WA Rowing Club as seen from ‘The Lucky Shag’- this building has been around since 1905 and is is known on the state’s register of heritage places. 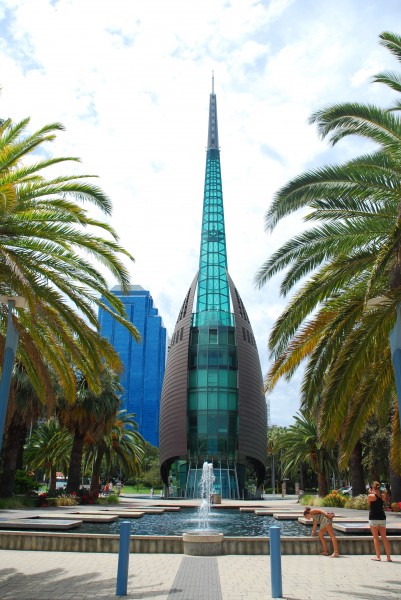 Perth’s most famous landmark is the Swan Bells, which can be found next to the Swan River. The 18 bells inside the tower were given as a present to the people of Western Australia for the country’s Bicentennial Celebrations in 1988. 12 of them come from St. Martin-in-the-Fields church in London’s Trafalgar Square, and they are one of the few sets of Royal Bells that still exist in the world. You can enjoy the view from the top of the tower and even take a bell ringing class. 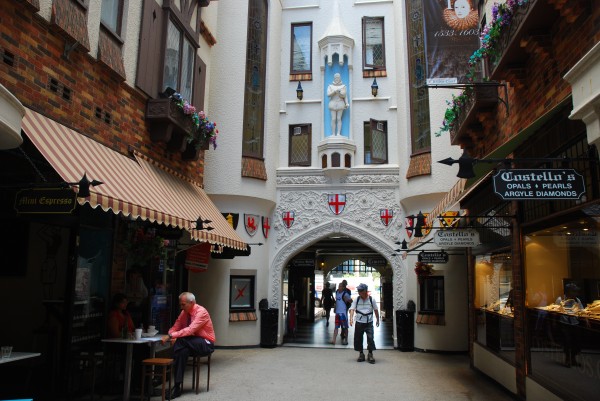 I came across a quaint street between Hay Street Mall and St. George’s Terrace that made me feel like I’d accidentally stumbled into Tudor England. It turns out this is London Court– which was built in 1937 for wealthy gold miner Claude de Bernales. The street features Elizabethan-style architecture and statues of Sir Walter Raleigh and Dick Whittington at either end. It also features two replica clocks- one of Big Ben in London, and the other of “the great clock” in Rouen, France. It’s worth walking through here to admire the architecture, have a coffee and peer into the small shop windows. 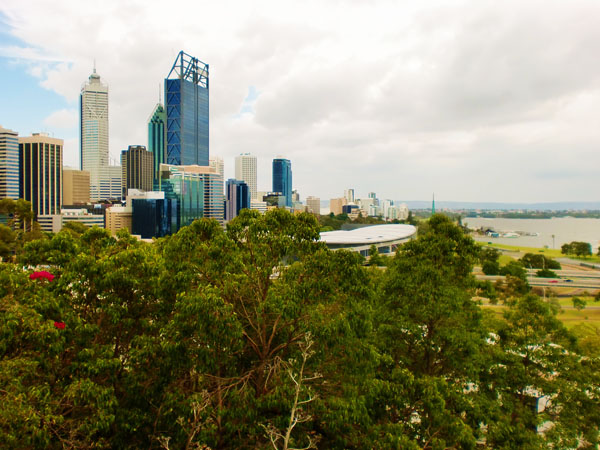 Covering an area of 4.06 square kilometres on the edge of the CBD, King’s Park is one of the largest inner city parks in the world. I went up to the park, which sits atop of Mount Eliza, to enjoy the views of the Central Business District and the Swan River. This is a great place to come when you want to escape the bustle of the city and catch some rays! 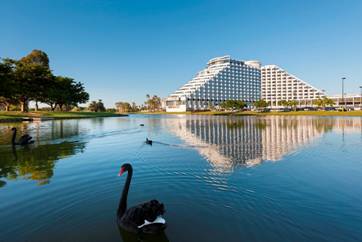 Crown Casino complex in Burswood is one of the few entertainment hubs in this humble city. The entertainment complex houses a variety of restaurants ranging from casual to fine dining as well as 2 of the finest hotels in Perth to accommodate the high rollers that the casino attracts. With so many mining dollars being extracted from the Western Australian soil, it’s no wonder Crown had went to such lengths to take over and refurbish this money maker.