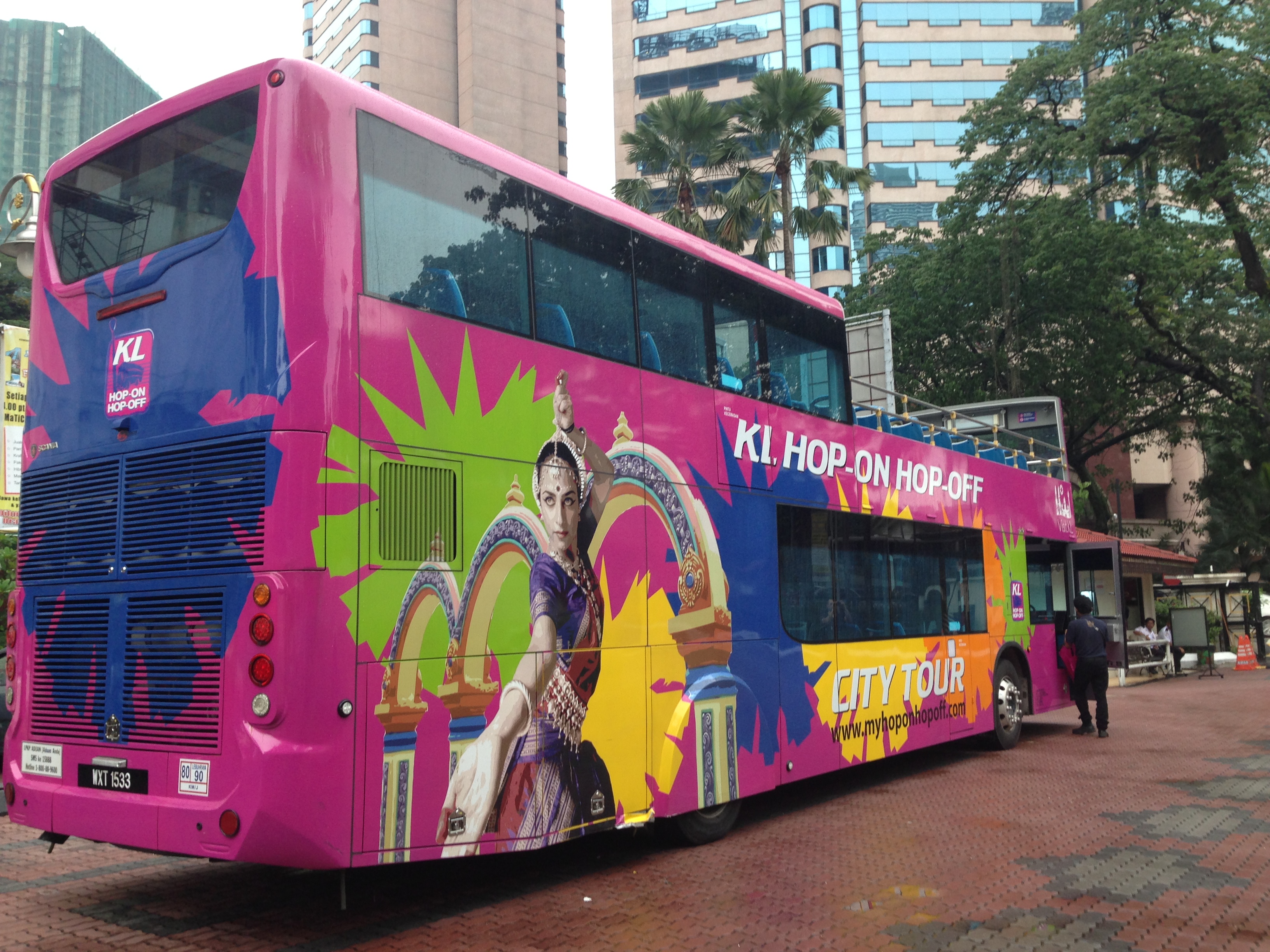 After a 12 hour flight experiencing Malaysia Airlines Economy Class with my fellow #DiscoverMalaysia bloggers, we settled in at the Grand Hyatt Kuala Lumpur  before embarking on a Hop on Hop Off night excursion around the city.

The night excursion lasts from 5pm-10pm and departs daily from the Malaysian Tourism Center on Jalan Ampang. If you’re feeling tired and jetlagged like I was, a Hop on Hop Off Tour is a great way to see the sights in a more relaxing and leisurely manner. It’s an open deck bus and I sat outside so that the night breeze would wake me up a bit! 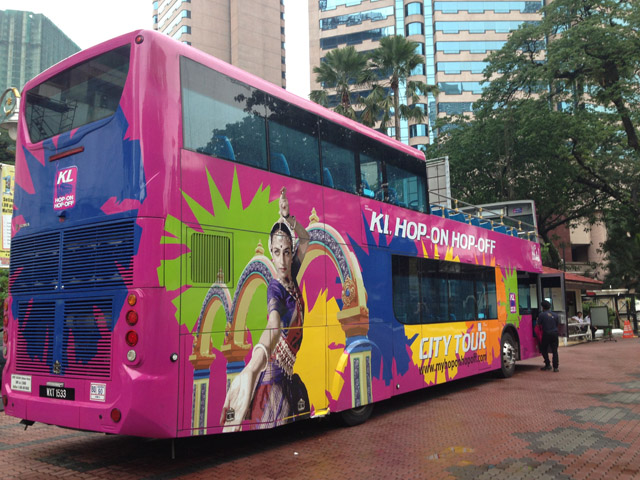 Our first stop was Kuala Lumpur City Gallery, which is where you’ll find the famous ‘I Love KL’ sign. Inside the gallery there is an impressive city model which measures 40ft by 50ft, showcasing the city’s past, present and future. 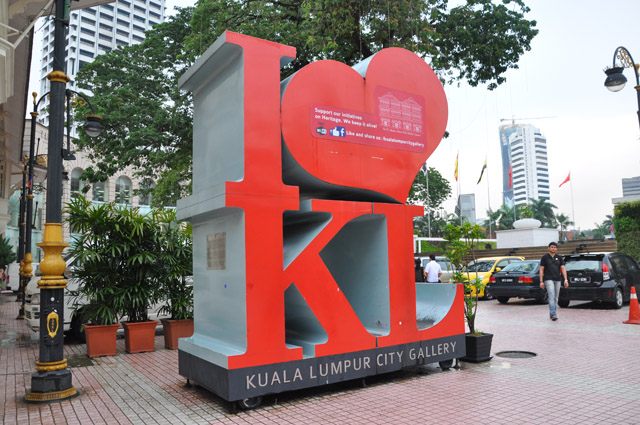 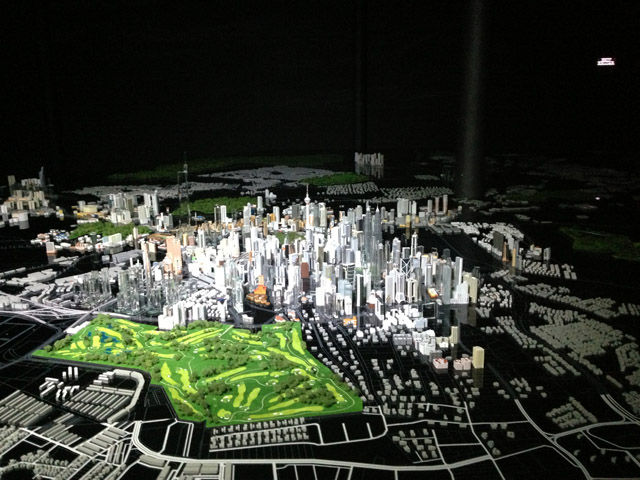 Our next stop was the famous Petaling Street in Chinatown. Jalan Petaling is filled with stalls selling clothing, watches, pirated DVDs, sunglasses and other souvenirs. There are also plenty of street food stalls selling satay and Malaysian favourites. I love the bustling, busy atmosphere in this part of town. 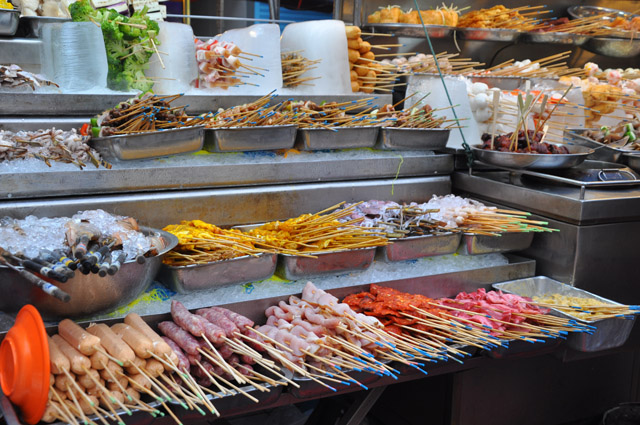 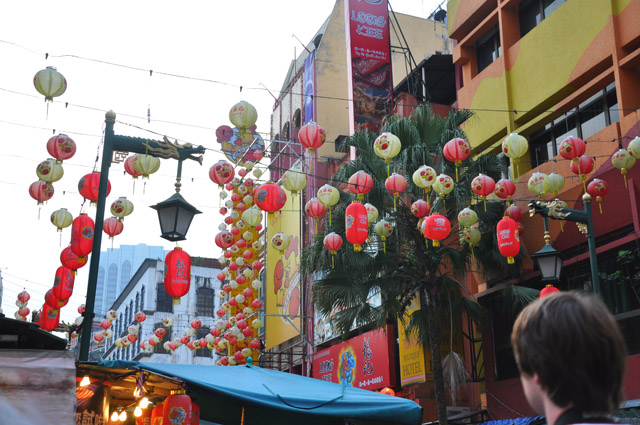 We briefly stopped to take a photo of the Federal Territory Mosque (Masjid Wilayah Persekutuan), which is a major mosque in Kuala Lumpur that was opened on October 25th, 2000. 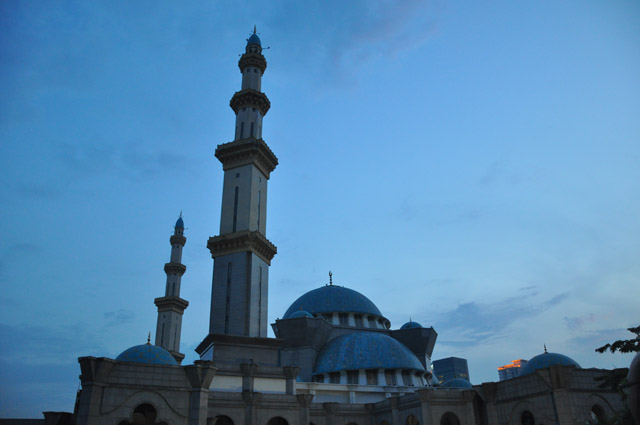 By this point the jetlag was making me feel pretty tired, but a hike up the steps to the Batu Caves gave me some more energy!

The Batu Caves is a limestone hill which has a series of caves and cave temples. The cave is a Hindu shrine, and is also the main location for the celebration of Thaipusam Festival in Malaysia.

To reach the cave you have to climb up 272 steps, but it’s really worth it when you get to the top. It’s quite an exhausting climb so I was glad to be doing it at night when the temperature is a little cooler! In the day you can see lots of monkeys hanging around, but make sure you don’t have any food on you because they will try to snatch it! 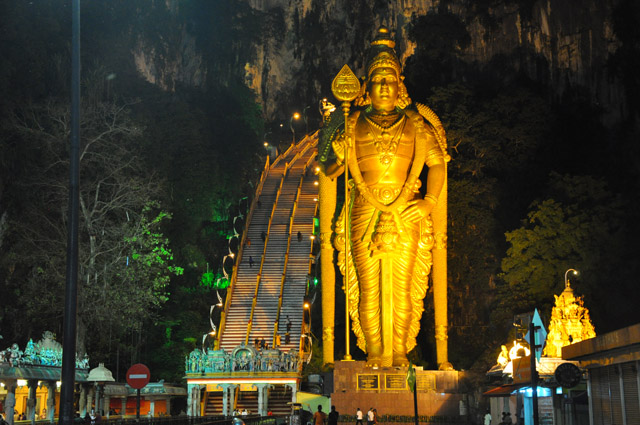 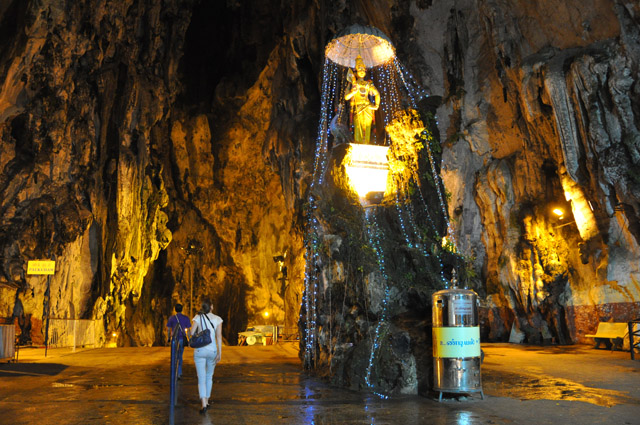 For dinner we ate at a place called Satay Station. If you want some satay made with love, then this is the place to visit! We ate satay chicken and beef, which in Malaysia is served with cubes of compressed rice and cucumber to neutralize the carbon. We also ate a spicy dish called Mee Rebus, which consists of yellow noodles served with a thick gravy and garnished with a hard-boiled egg, spring onions, bean sprouts, fried shallots, tau kwa (beancurd) and lime. 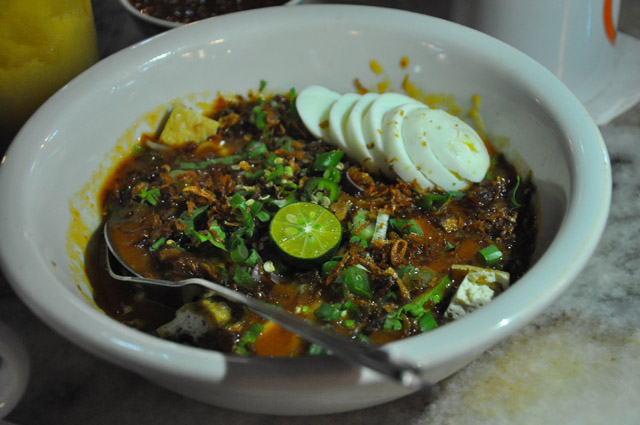 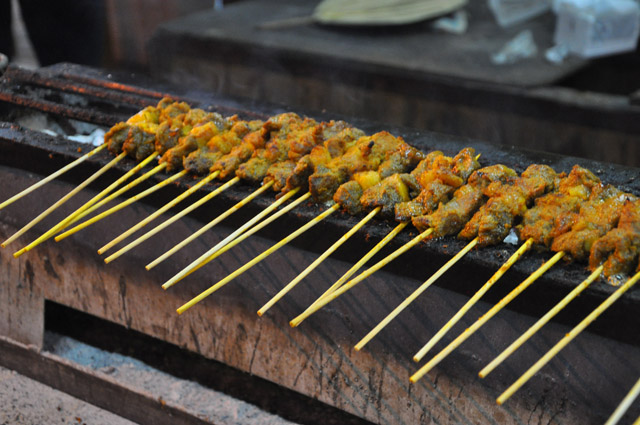 For our final stop on the tour, we went to Hulu Langat Lookout Point, which offers an incredible view of the city at night! 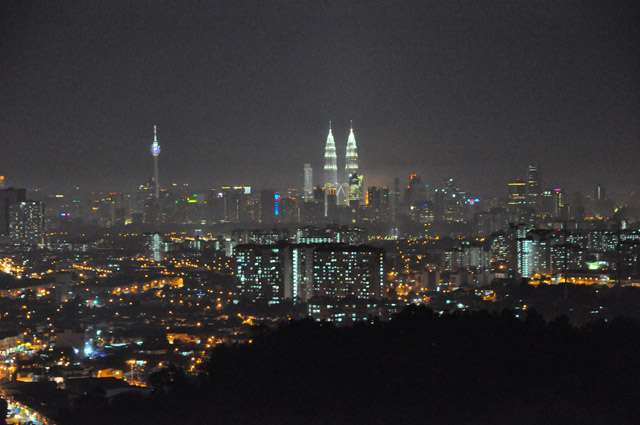 Prices for the Night Excursion: