Just last month I was invited by the Hong Kong Tourism board to eat my way around Hong Kong, dining at some of the fine dining hotspots as well as sampling some of the local street food. I tried everything from dim sum and traditional milk tea, to modern Cantonese and even French cuisine. The wasn’t the only thing I did- I also observed traditional Chinese lantern making, enjoyed an aqua luna ride along the harbour, scoured the city’s shopping malls, visited the innovative PMQ creative hub  and had drinks at some of the hippest spots in SoHo. Hong Kong has a thriving expat community and even though I only spent 3 days there, I could imagine it would be a cool place to live.

There were so many memorable foodie spots in Hong Kong, but here are just a few of them…

This was without a doubt the culinary highlight of my trip. On our second night we took a scenic ferry ride across the water to the Harbour City shopping mall, where this restaurant is located. The food served at M&C Duck is a modern twist on traditional Peking and Shanghainese cuisine  and their signature dish is Peking Duck, which was cooked to perfection; crispy on the outside, succulent and tender on the inside. For me though the highlight was the walnut fried rice- I haven’t stopped thinking about it since I returned home! I also loved the Sliced Duck with Osmanthus Pudding, which consisted of a slice of cucumber sandwiched between jelly, crispy duck skin and a pringle chip! I also loved the sexy, modern setting and the duck-themed tableware. 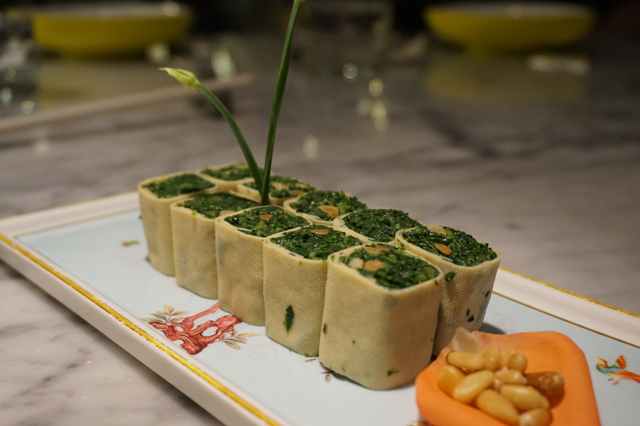 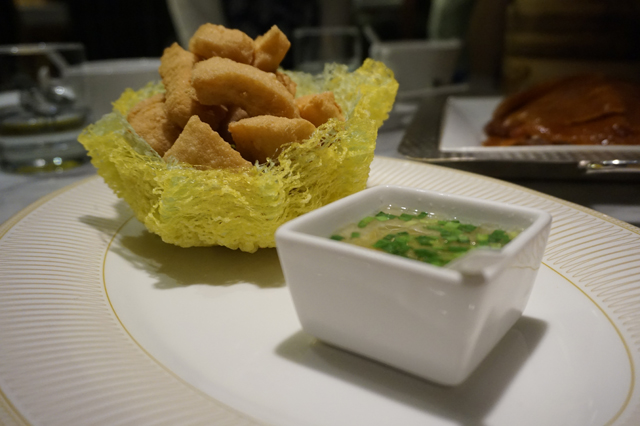 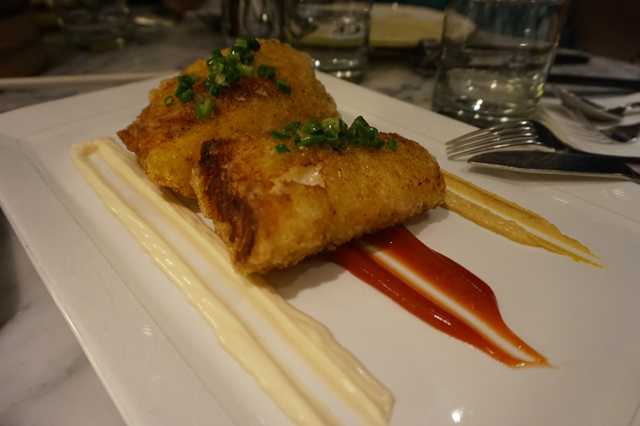 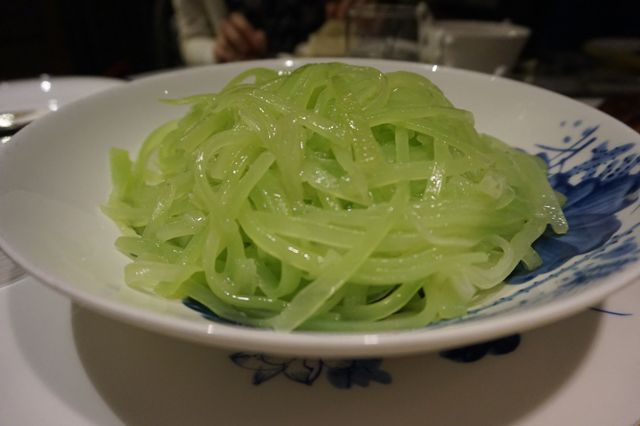 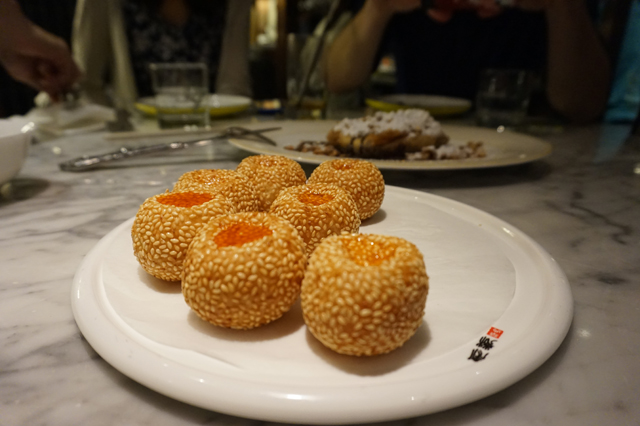 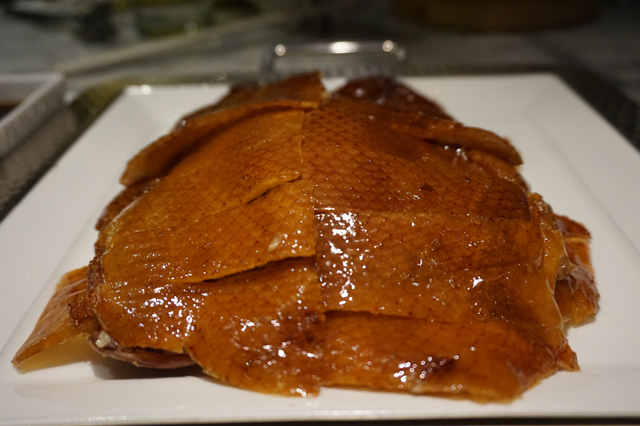 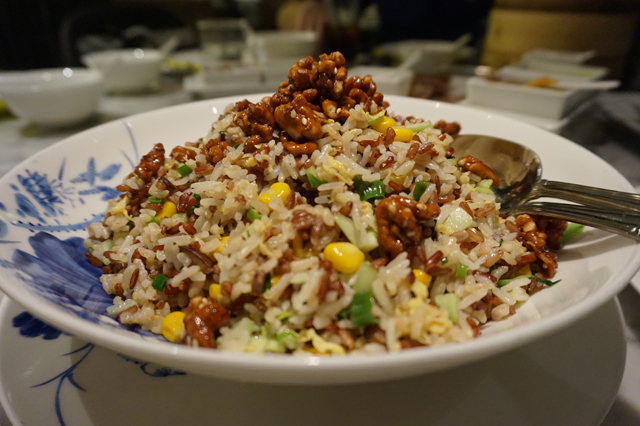 For lunch I visited the world’s cheapest Michelin starred restaurant- a hole-in-the-wall dim sum restaurant called Tim Ho Wan in Mongkok. There are no reservations for this restaurant and when I arrived there were many, many people patiently waiting in line for a table outside. As with any dim sum restaurant it’s all about sharing and our table was soon filled with dishes from the menu. Among them were chicken feet, steamed pork dumpling with shrimp, vermicelli roll with pig’s liver and pan fried turnip cake. The pork buns are the main attraction and definitely the best dish on the menu- they’re crumbly on the outside and nice and fluffy on the inside. Tim Ho Wan proves you don’t need to serve haute cuisine to win the hearts of the Michelin judges. 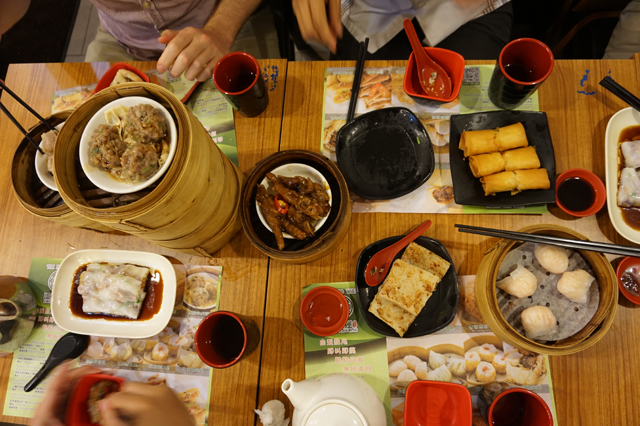 After consuming an insane amount of dim sum over the course of my trip, it was time to try something a little different. This time we ate at a French restaurant called Metropolitain, which serves a mean steak tartare. The exterior is meant to look like a Parisian subway station, while the inside is nice and relaxed. To start I had the quinoa salad with pomegranate, for main I had the large steak tartare with fries, and for dessert I opted for the bread and butter pudding. 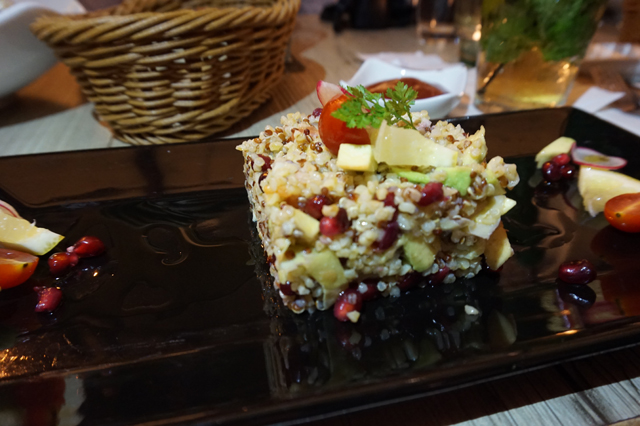 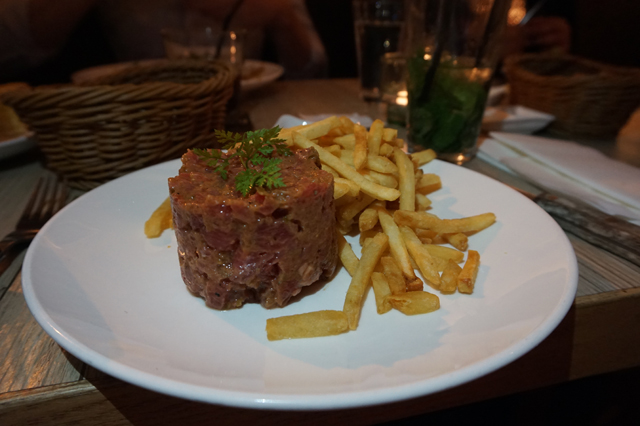 It’s no secret that I love afternoon tea and so this had to make it into my itinerary while I was in Hong Kong. Myself and Julie from A Lady in London went to C’est La B, a cute little cafe in Pacific Place Mall. Unlike the very formal afternoon teas you might encounter in the prestigious hotels, C’est La B is a more informal place to have tea with friends. 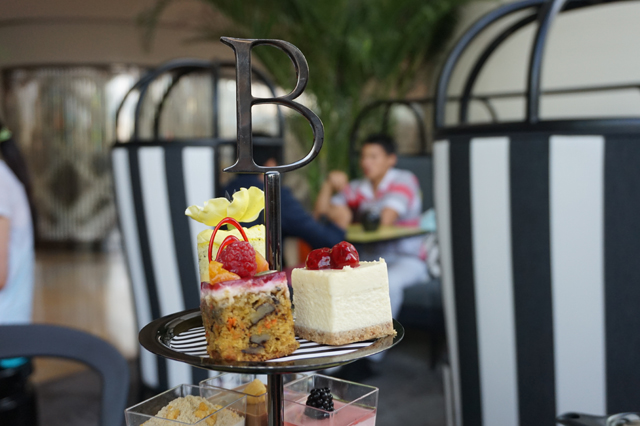 My hotel for the duration of the trip was the very impressive Mandarin Oriental, which boasts a variety of dining options. After a long flight from London to Hong Kong with Virgin Atlantic, it made sense to eat in the hotel, so we dined here on our very first night. Cafe Causette has a very extensive menu, including many asian and western options, as well as pizzas and organic options. The signature dish is the Hainan chicken rice, which we split between us. 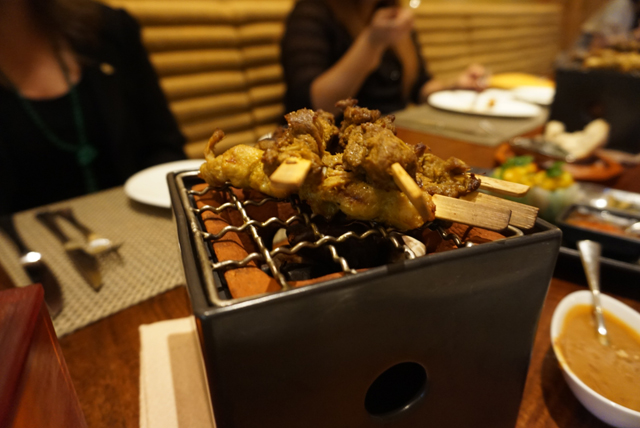 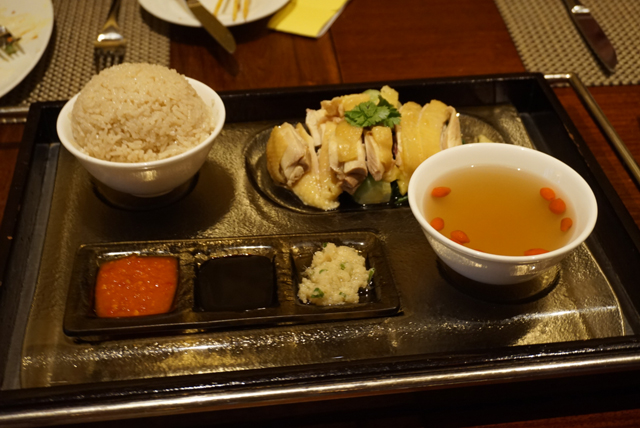 If you want to taste Cantonese cuisine like a true local though, I highly recommend doing one of the Hong Kong Foodie Tours. On my final day I did the Central and Sheung Wan foodie tour and for 4-hours I tried everything from dumpling soup and BBQ pork to sugarcane juice, dried fruits and custard tarts. Our guide was friendly and told us lots of interesting information, which made the whole tour really pleasurable. 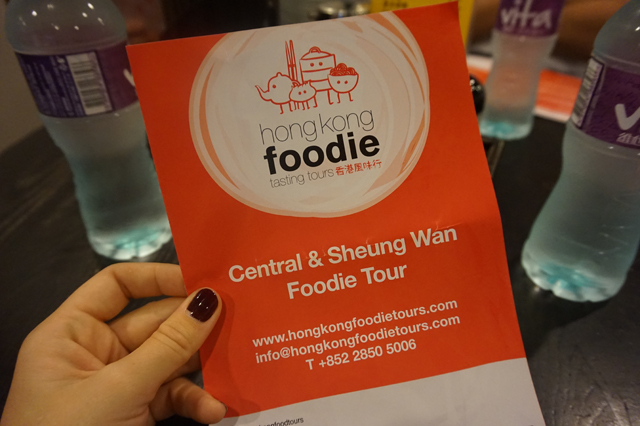 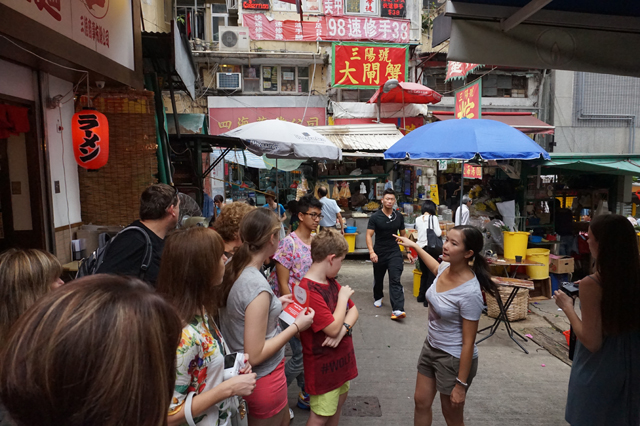 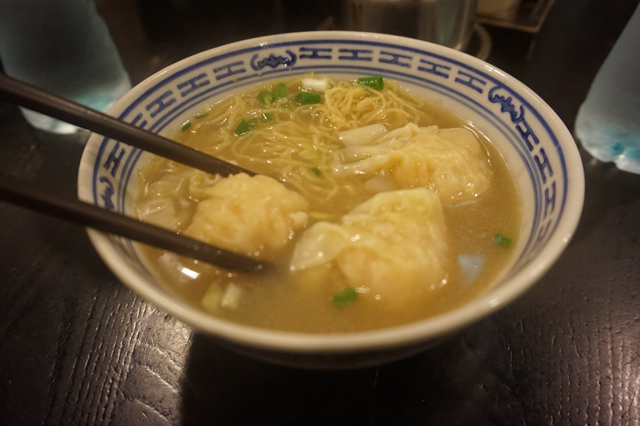 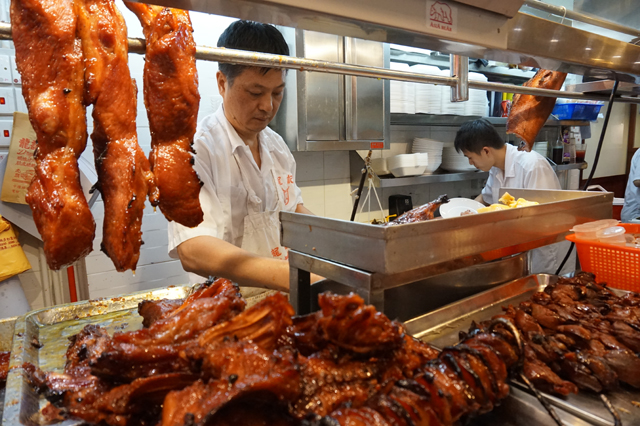 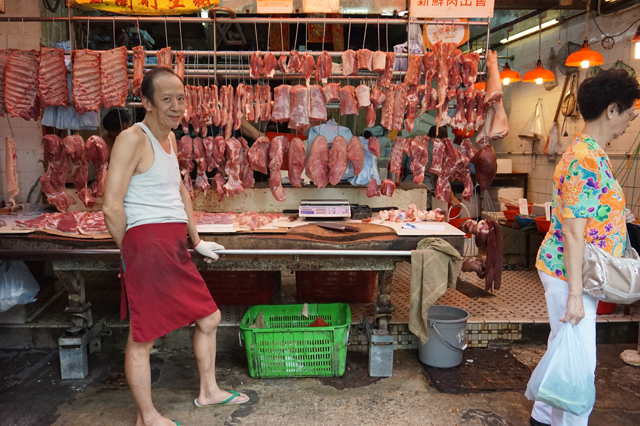 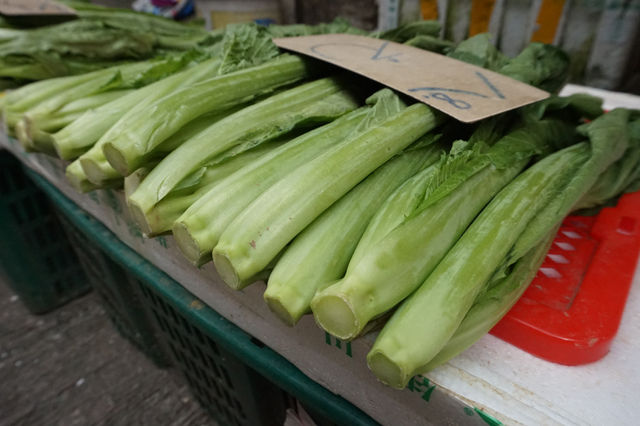 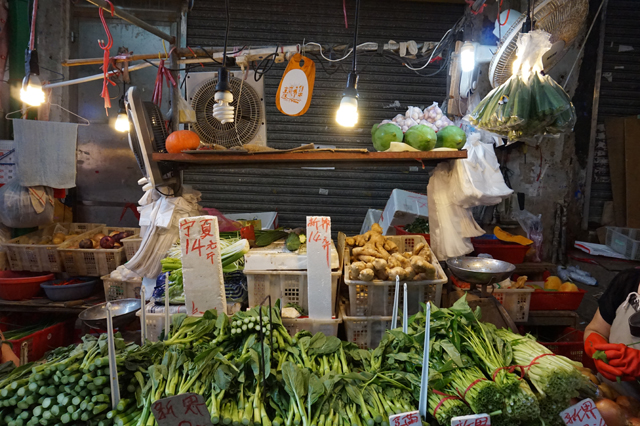 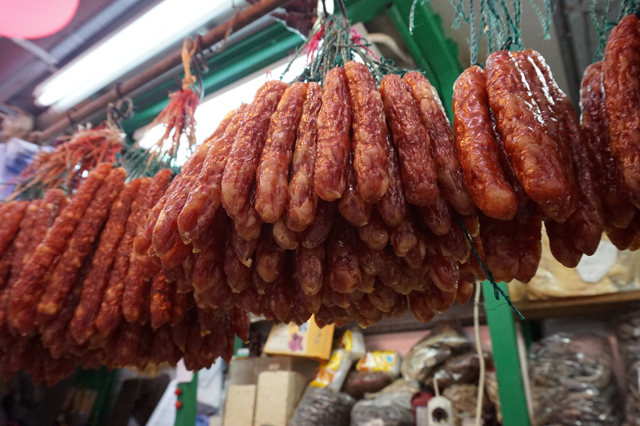 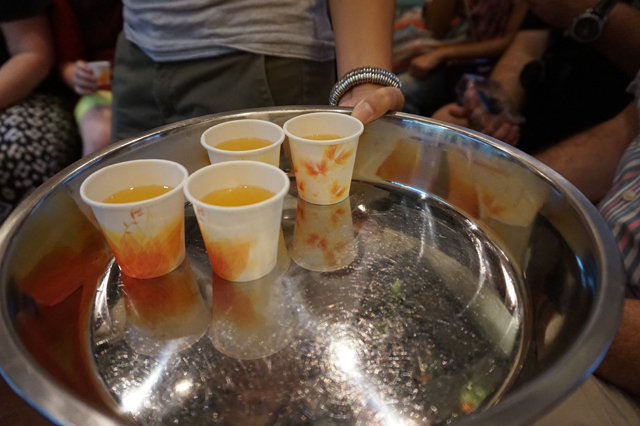 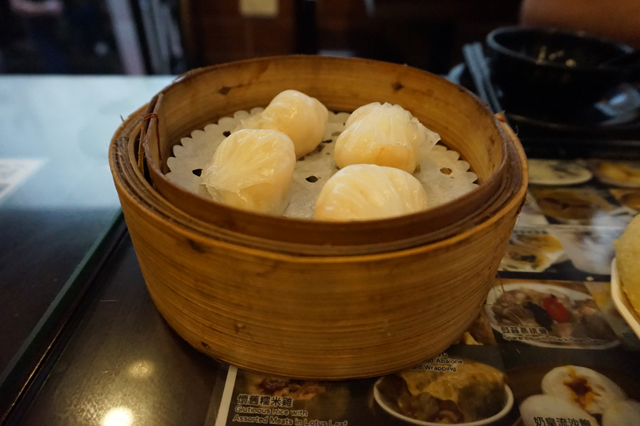 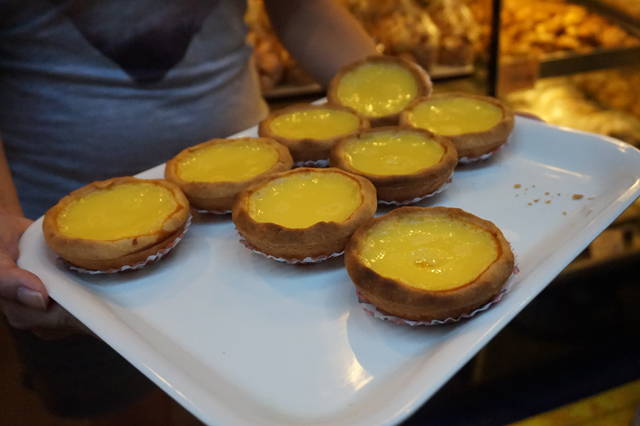 My trip to Hong Kong was with the Hong Kong Tourism Board as part of their Perfect Day campaign.