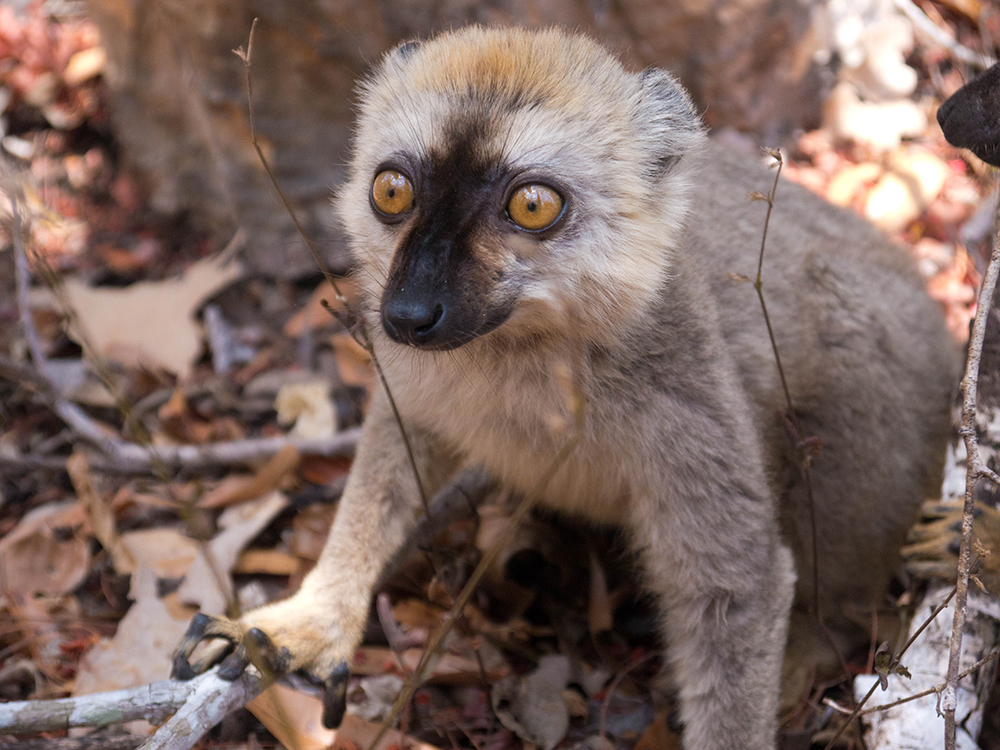 For the past few months I’ve been testing out the Micro 4/3 Panasonic G6 on various assignments and what better place to put it through its paces than Madagascar. With all sorts of weird wildlife from the world’s smallest chameleon to the cutest of lemurs, Madagascar is a brilliant playground for anyone with an interest in photography.

Of course the animals that steal the show are the lemurs. After watching the hit animation flick ‘Madagascar’ I was on a mission to find the wacky King Julien and discover if like him, they really do ‘like to move it move it’. After landing in Antananarivo with Air France, we flew to Morondava to visit the Kirindy Reserve– a dry deciduous forest inhabited by various species of lemurs and endemic reptiles. In the heat of the day we spent several hours walking through the trees in search of lemurs, and we weren’t disappointed. Not long after we started our hike we encountered the “dancing” Verraux’s sifaka lemurs that entertained us with their sideways hopping between the trees. It was incredibly difficult to capture photographs of the dancing since their movement is so sudden, but I was able to get some fabulous images using the telephoto 45-175mm Panasonic lens. The sifakas were rather shy and disappeared into the trees, but the brown lemurs were much more curious and approached us to pose for photographs.

Later in the trip we drove from Antananarivo to Andasibe,  where we took what must have been the world’s shortest canoe ride over to Lemur Island. There are four species of lemurs on this protected little reserve- the bamboo lemur, the black & white ruffed lemur, the brown lemur and one diademed sifaka, but these lemurs are extremely used to tourists and will hop on your head and shoulders at any opportunity. I was pretty much fending them off towards the end! The black and white lemurs were hanging upside down from the trees like trapeeze artists to get their food, while the cute little brown lemurs jumped from one human head to another. Whether it’s ethical or not to get them so acquainted with tourists, there’s no doubt they are incredibly fluffy and irresistible animals.

That night we went on a night walk in the Andasibe Mantadia National Park to look for the tiny mouse lemur and other nocturnal wildlife. While our guide said ‘You can’t make an appointment with wildlife’, the mouse lemur showed up right on cue. The following day we took a hike through the park to observe the largest of the lemurs- the Indri.

As it turns out King Julien was nowhere to be seen as the ring tailed lemurs don’t live in the areas we visited, but I did see all sorts of species including the mouse lemur, the brown lemur and the Indri- Madagascar’s largest lemur. They’re incredibly cute and it’s worth visiting Madagascar for just this alone.

To find out more about my camera visit lumixgtheone.panasonic.co.uk

Air France flies to Antananarivo in Madagascar from 14 UK Airports, via Paris-Charles de Gaulle Airport. Return fares start from £818, including taxes and fees. For further information and to book, visit www.airfrance.co.uk.