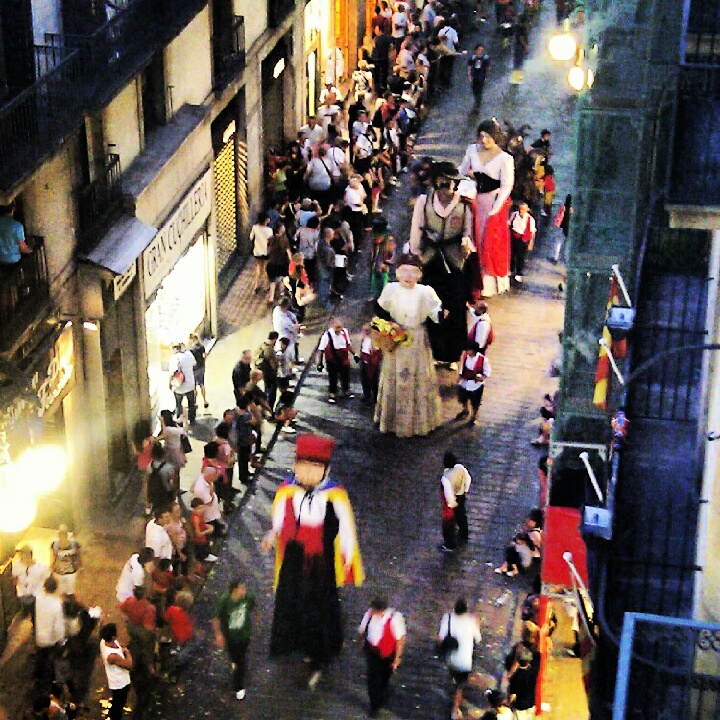 There are quite a few crazy Spanish festivals, but La Mercè in Barcelona has to be one of the craziest.

Once I had made the last minute decision to attend the TBEX Costa Brava conference in Girona, I looked at cheap flights to Spain and decided my best option was to fly into Barcelona, head up to Girona on the train for the conference, then spend a couple of days afterwards exploring Barcelona. However I had never heard of La Mercè festival was until I was told about it by some other bloggers. The actual festival day occurs on 24th September, but the celebrations start days before this, and it just so happened that I was going to be present for the big event.

La Mercè is the city’s largest annual festival, held in honour of Mare de Deu de la Merce, the Patron Saint of Barcelona. If I had to sum it up it is one HUGE street party. So it was pretty lucky that my visit coincided with the festival weekend.

The streets are filled with crowds people, which makes it almost impossible to walk through the centre of Barcelona. Hundreds of different activities take place across the city, including fireworks, pyrotechnics, fire runs, parades, human towers, dances and concerts. Barcelona is chaotic, loud and incredibly fun during this festival!

Walking through the streets on the Sunday I was amazed to see devils running through the streets and jumping around with pitch forks and hand held fireworks. This is called a correfoc or ‘fire run’. These sparklers spray into the crowds so it’s advisable to stand well back! The kids were wearing scarves, glasses and hats to protect themselves from the sparks! 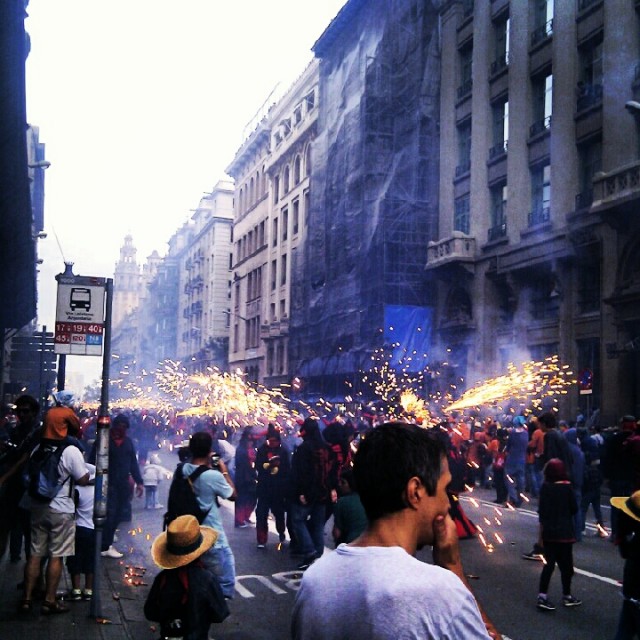 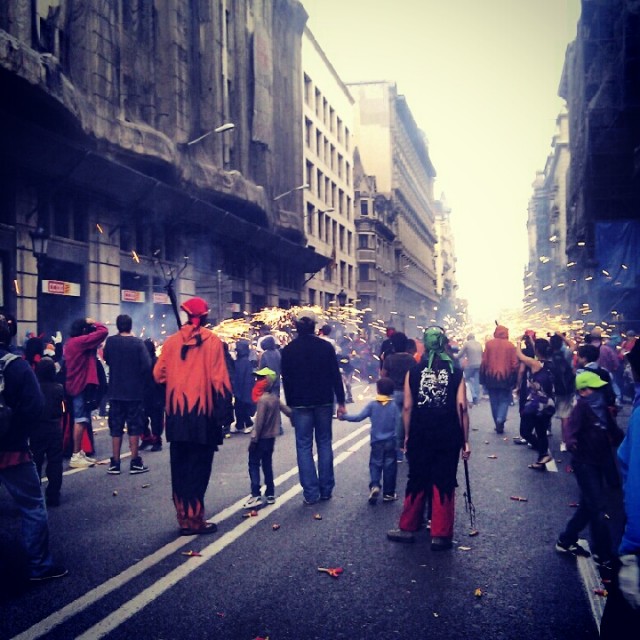 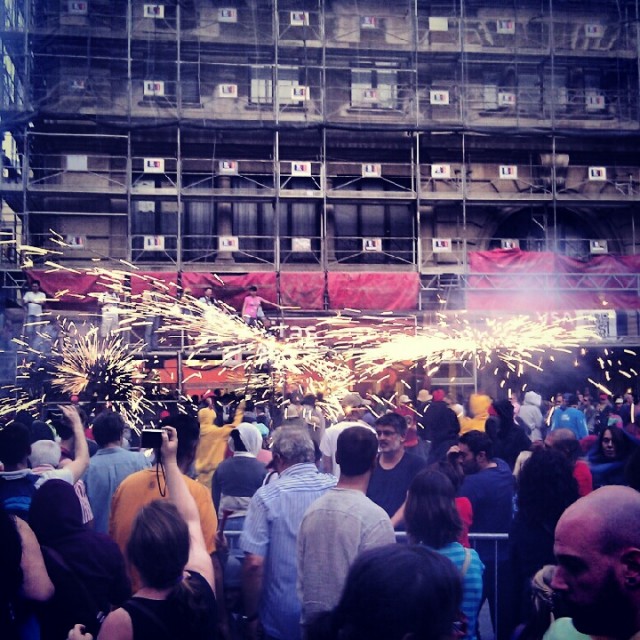 The Giants parade is a major highlight of the festival, and I was very fortunate that my friend’s apartment overlooked the street where the procession was happening, so I could watch it from the balcony! Huge giants and statues of kings, queens and nobles parade through the streets to the sound of beating drums. As they march through the street the statues twirl around so they can be seen ny everyone in the crowd. I managed to take a video of it below: 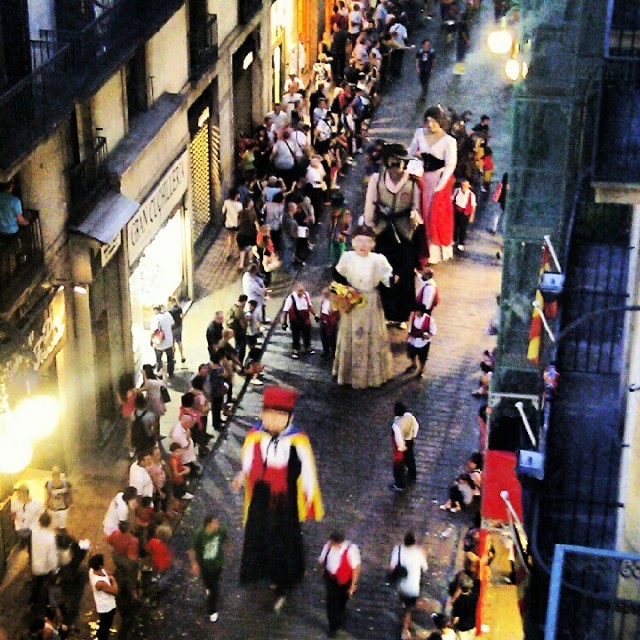 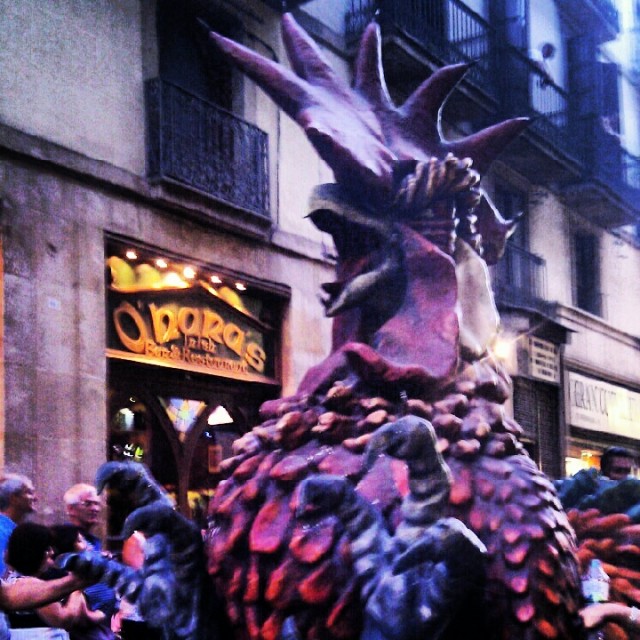 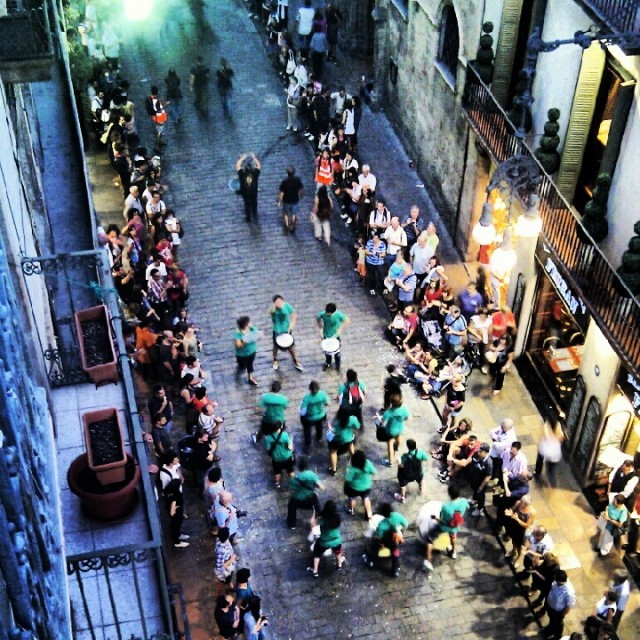 I also saw a group of people performing the Sardana- Catalonia’s folk dance. This dance is usually performed in a circle by older people in the crowd and is accompanied by a live band. 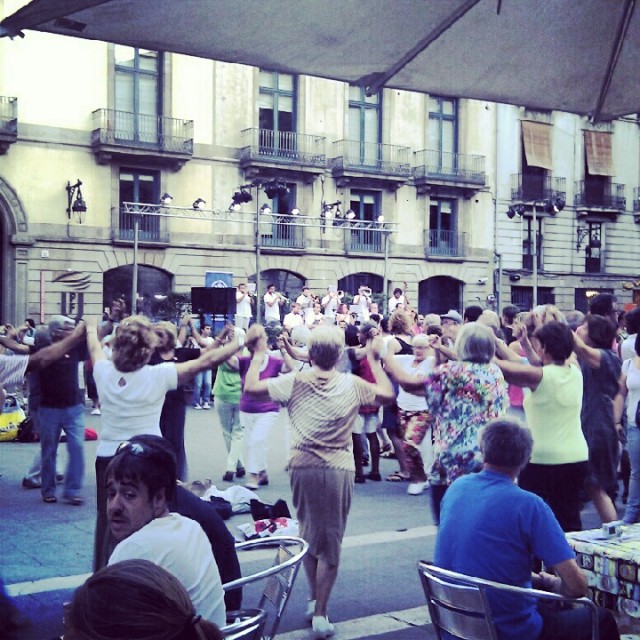 Another highlight of La Merce is the Catalan tradition of building a human tower. The adults stand on the bottom, while the children climb to the top wearing helmets. Unfortunately I didn’t manage to get a photo of this, but it was quite a sight and it takes an awful lot of skill!

Of course there were plenty of other events, including concerts and nightly firework displays. Barcelona doesn’t sleep during this festival, and neither did I! My friend’s apartment was so central that I was regularly woken by the beating of drums and the sound of partygoers! 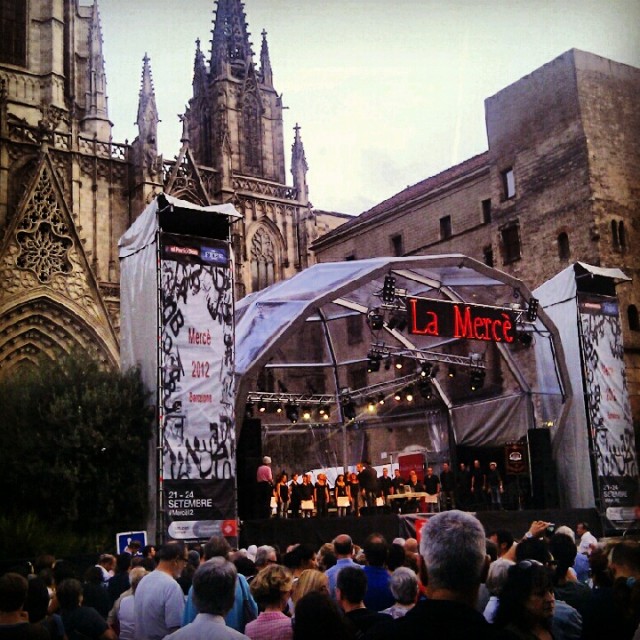