The #AtoZofBarbados challenge with Travel Supermarket is underway! My best friend and I landed in Barbados on Sunday night and picked up our rental car from Drive-O-Matic; navigating the roads has been a breeze with sat nav. Since we were fairly hungry, we immediately headed to Holetown for dinner and to check out the nightlife there. We’d never seen anything like it! The street was full of people and we soon figured out why…a karaoke street party! The locals were taking it in turns to sing various chart topping hits and there was lots of “wukking up” going on (Barbadian form of gyration!) Holetown was lots of fun and we’ll definitely be going back there.

Here’s what else we’ve been up to…

We started our first day visiting the Mount Gay Rum Visitors Centre just north of Bridgetown. Mount Gay is the world’s oldest rum, dating back to 1703.  On the tour we learnt all about the history of this famous rum and how it’s made. Of course the best part of the tour was the rum tasting session; we got to try four very generous pours of various types of Mount Gay Rum. Afterwards Ryan the friendly mixologist was on hand to prepare cocktails for tipsy customers! Just before we left the heavens opened and it started bucketing down with rain, so we were left with no choice but to head to our hotel until it stopped. 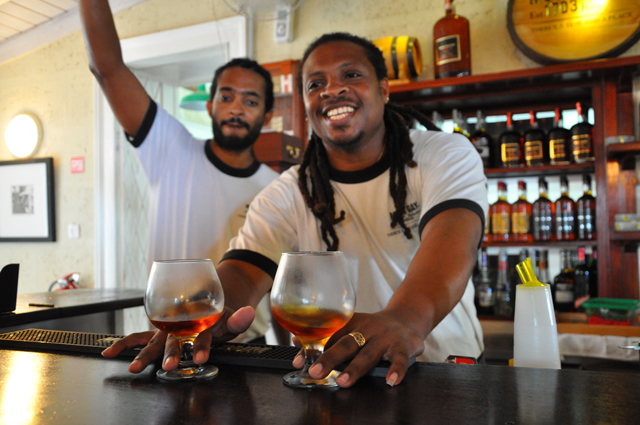 Once the rains had stopped we decided to tick off the letter G by visiting George Washington House. It’s not far from the Amaryllis Beach Resort so we were able to walk there in under 5 minutes. In 2011 Historic Bridgetown and the Garrison area became a UNESCO World Heritage Site, and is home to many treasures. George Washington House is the only home outside the USA where the president ever resided and today you can take a tour of the house. 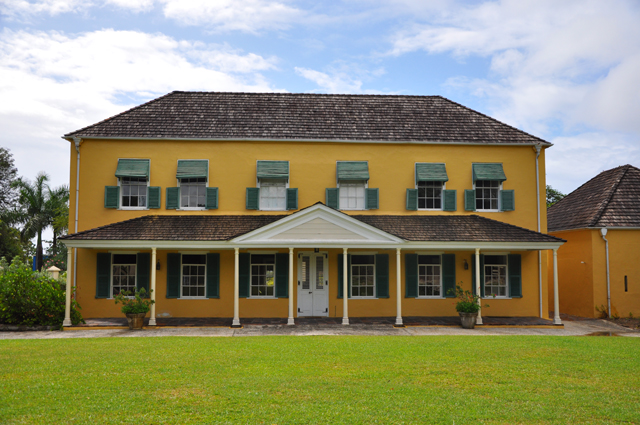 Fish Cutters are one of the local foods here in Barbados, so we went to try out the legendary fish cutters at Cuz’s on Pebble Beach. The fish is soaked in lime, salt and water then stuffed with Bajan seasonings, dipped in egg batter, covered in breadcrumbs and fried until golden. It’s served in a type of bread called salt bread- so it’s a bit like a fish burger. My cutter was filled with fish, egg and cheese along with some salad- it was delicious for a lunchtime snack by the beach! 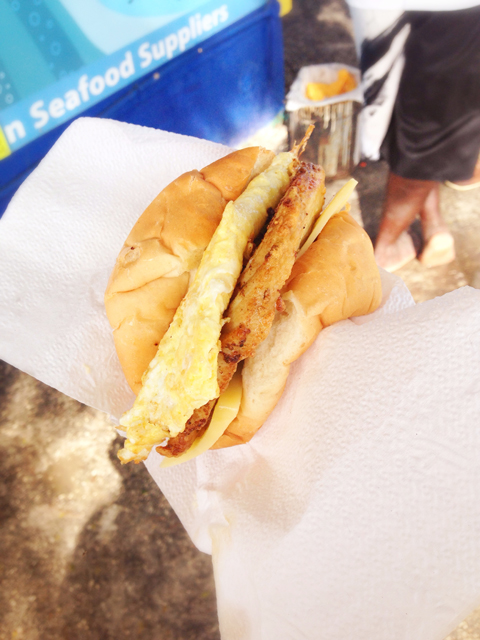 Banks beer is the beer of Barbados, and there we’ve seen adverts for it all over the place.  There’s nothing like a cold beer after a day on the beach.  What more can I say?

The letter ‘E’ was up to a public vote and there were some great suggestions, including Elbow Room, Elegance Catamaran and Enterprise Beach. Unfortunately Elbow Room was closed so we went with Enterprise Beach for this letter. Also known as Miami Beach by locals, Enterprise Beach is located in the south of the island near Oistins. We made it here just before the sun went down and it was beautiful.