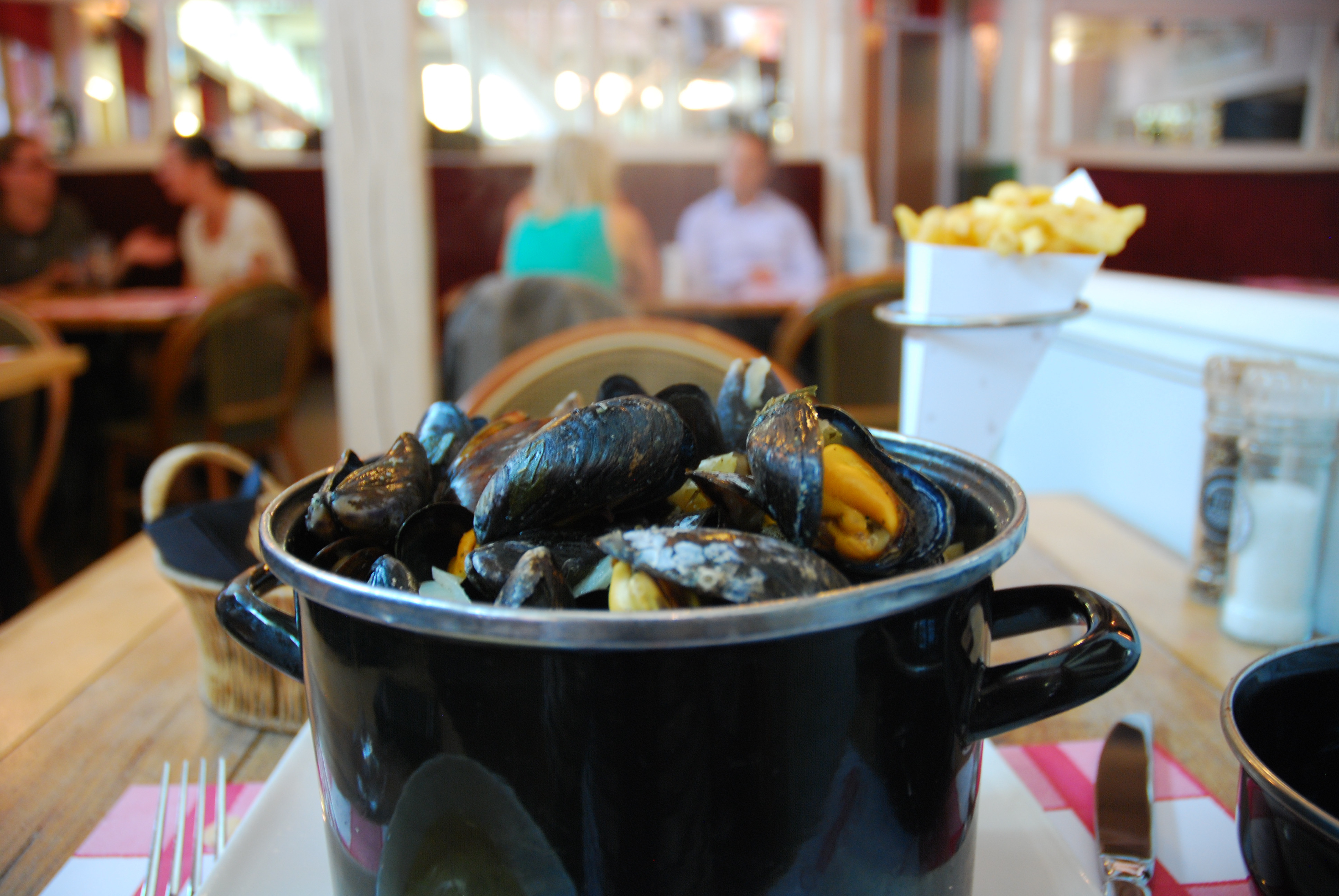 27 Aug A Taste of Ghent: Purple Noses, Mustard and a Kwak!

After Lokerse Feesten and a night spent in the Belgian city of Bruges, I spent two nights in Ghent staying at the Novotel Gent Centrum. I discovered that Ghent is not only a charming city, it’s also foodie heaven! 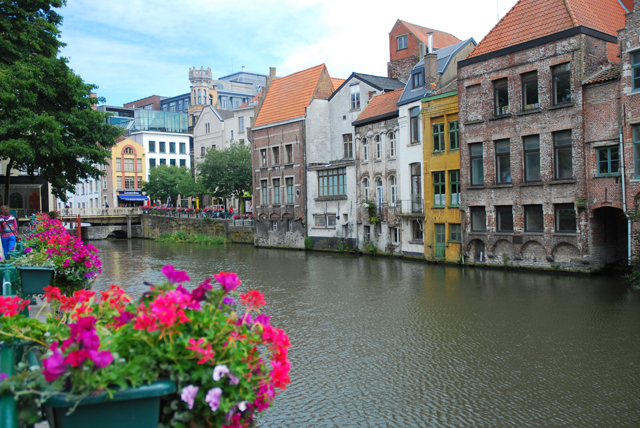 Bruges is the most well preserved medieval town in Belgium, and it almost feels like you’re walking through a movie set. As you can see from these pictures, Bruges is very beautiful, but also very touristy. Ghent still has canals, medieval buildings and impressive architecture, but it’s also a university city. Venture away from the canal and the waterside cafes, and you’ll find Ghent has a more gritty, urban vibe.

If you’re a foodie I think you’ll really like Ghent. I had around 1 1/2 days to explore Ghent, and most of that was spent discovering the city’s food and drink!

Here are some of the Ghent specialities I recommend you taste!

When in Ghent you must buy some candy from Temmerman- the city’s famous candy shop. Try the Cuberdons, known as “Purple noses” or “Gentse neuzen” because of their cone-shaped appearance. These purple sweets are a Ghent speciality- made of Arabic gum and raspberry juice. You’ll find they are are chewy and gummy, with a syrup center. This shelves of this old-fashioned sweet shop are lined with all sorts of different candy- perfect if you have a sweet tooth! 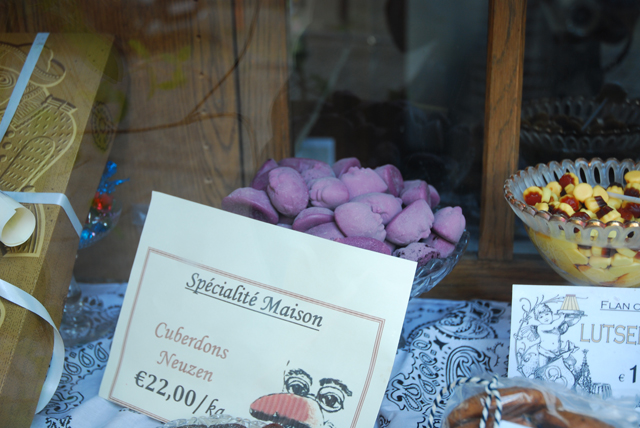 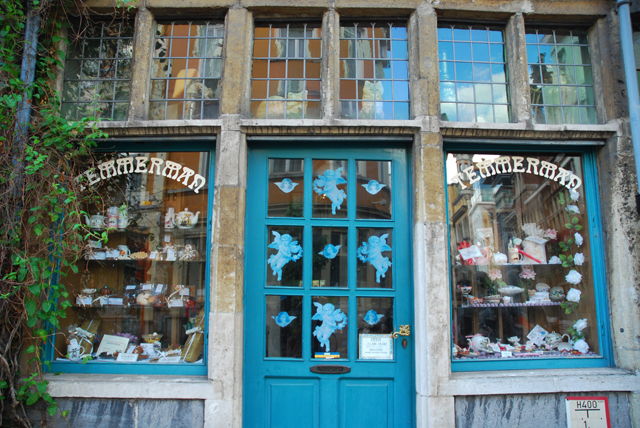 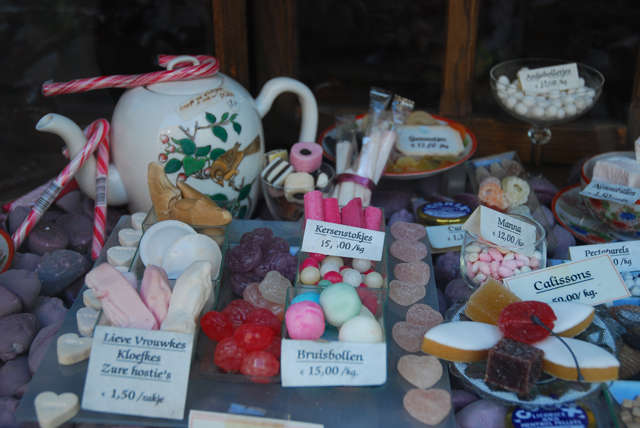 Deposit your shoe for a Kwak at De Dulle Griet

I was advised when I visited Ghent that I should deposit my shoe and order a ‘kwak’ at De Dulle Griet. Not knowing what a ‘kwak’ was, I ventured there to check it out. A ‘kwak’, as it turns out, is a yard of beer. It was the middle of the day and I didn’t really need one all to myself, so I ordered a dark Belgian beer. It was very entertaining though to watch all the other patrons wearing only one shoe! When you order a ‘kwak’, a bell rings and a basket zooms down from the ceiling. The waiter puts the shoe in the basket and then it catapults back up again! 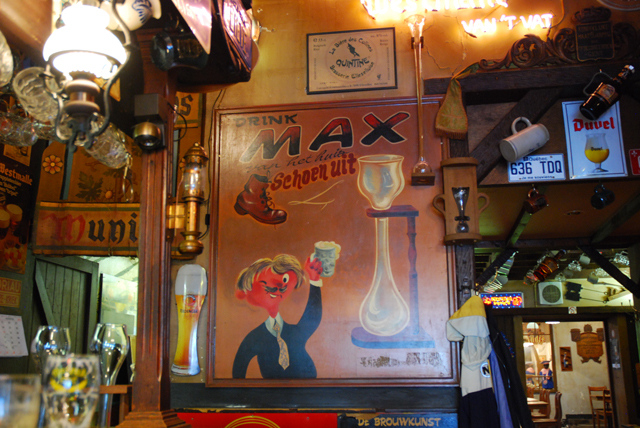 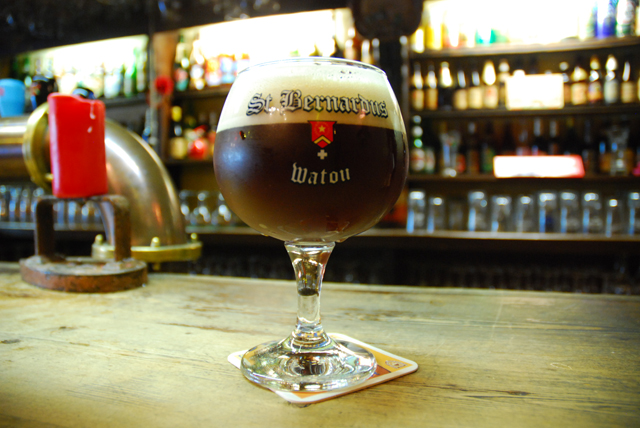 If I order mussels in the UK, I’m usually served about 10. Order mussels in Belgium and you get more like 50. Belgium is known for its incredible moules-frites- that’s mussels with fries to you. I had the classic mussels with white wine at Brasserie ‘t Stropke and boy were they good! 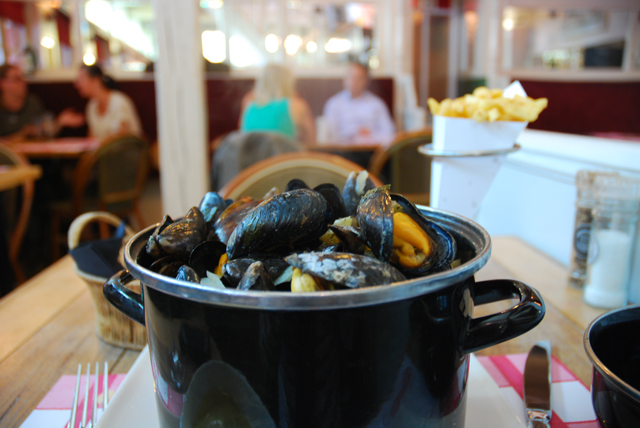 Belgian chocolates are the typical souvenir to take home from Belgium, but if you like mustard, this is also a great gift to take back with you. Tierenteyn Verlent is the best mustard in Flanders and the company dates back to 1790. You can pick out the size of jug you would like and the clerk will fill it with fresh mustard from the barrell. The Tierenteyn mustard contains no preservatives, so it can be only be purchased on the premises. 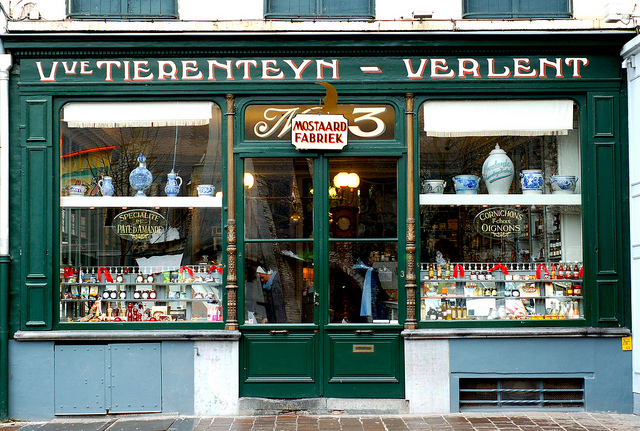 My trip to Belgium for Flanders is a Festival was organised by Visit Flanders-Brussels. While this trip was sponsored, all opinions are my own.