30 Jul 5 Fun Things To Do in Orlando Florida

Last year I had the opportunity to visit Orlando, Florida. It’s not a place I had thought about visiting before because I’m terrified of rides and I had never considered myself a theme-park sort of person. But I had so much fun and really enjoyed myself! Orlando is obviously very popular with families and children, but it’s also a great place to come with friends too. And if the thought of jumping on a rollercoaster terrifies you, not to worry, because there is so much more to do than that!

These are just some of my favourite things to do in Orlando.

No visit to Orlando is complete without a visit to Walt Disney World! The entertainment complex boasts four theme parks- Disney’s Animal Kingdom, Epcot, Magic Kingdom Park and Disney’s Hollywood studios- plus two water parks called Tyhpoon Lagoon and Blizzard Beach. Check out this article on 65 Things to Do at Walt Disney World and What Not to Do at Disney World.

While I wasn’t ready to jump on the Hollywood Rip Ride Rocket or Twister…Ride It Out, I had SO much fun at Universal Studios. The highlight for me was The Wizarding World of Harry Potter where you can try some Butterbeer, buy some candy in Honeydukes sweet shop or purchase a wand in Ollivanders. Of course there are plenty of cool Harry Potter themed rides including Flight of the Hippogriff and Harry Potter and the Forbidden Journey. If you have kids, don’t miss the daily Superstar Parade featuring characters such as SpongeBob SquarePants and the minions from Despicable Me.

At Walt Disney World I really loved taking a stroll along the promenade at Disney’s Boardwalk. You can watch the street performers, dine in one of the restaurants, browse the shops and experience the boardwalk’s exciting nightlife. One night I had dinner at Kouzzina by Cat Cora; a lively restaurant serving authentic Greek cuisine.

Seaworld provides a great opportunity to get up close to some incredible sea creatures including Beluga whales and sea lions. You can feed dolphins at Dolphin Cove, get your thrills on the theme park’s Manta ride, watch killer whales perform in the Shamu show and learn about the vulnerable sea turtle in Turtle Trek. Check out my top 5 experiences at Seaworld Orlando.

Floating high in the sky over Orlando was definitely one of the highlights of my trip! It was incredible! If you’ve never taken a hot air balloon ride before, Orlando is a great place to do it. You’ll see beautiful views of lush, green forests and toast the experience with a glass of champagne and breakfast afterwards! 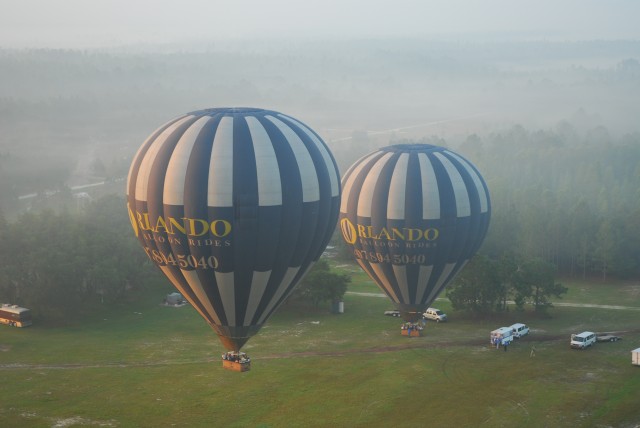 florida, Orlando, things to do