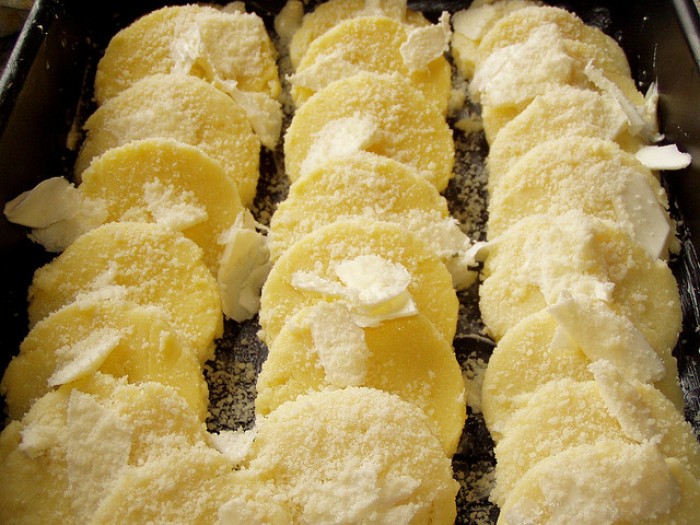 The Italian capital of Rome is not only known for boasting some of the most famous historical sights in the world, it’s also the home of some great food.

In addition to the classic Italian foods, Rome has some unique dishes specific to the city. Typical Roman food is simple and basic, yet rich in flavour, and ingredients are based on the seasons. Ingredients used in Roman cuisine include meat, Pecorino and ricotta cheeses, and fresh vegetables such as globe artichokes. The food is delicious, and I had the best spaghetti alla carbonara I’ve ever tasted at Antica Pesa in the Trastevere district.

Food in Rome is divided into several courses- Antipasto (starters), Primi Piatti (pasta dish) and Secondi Patti (meat or fish dish). Whilst I would order pasta as a main dish back home, the Italians eat pasta as a first course, meaning I was always incredibly full after meal!

If you love Italian food, check out flights to Rome and try these 5 classic Roman foods while you’re there: 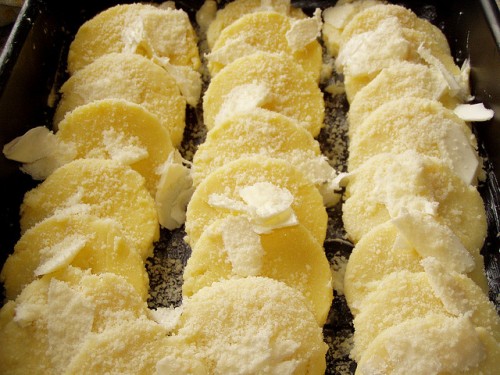 Gnocchi alla Romani is gnocchi done Roman style! Discs of dumplings made with semolina are baked in the oven with cheese, nutmeg and butter to create this mouthwatering classic Roman dish. Yum.

Italy is all about pasta, and the Romans have a typical pasta dish called Bucatini all’amatriciana. Amatriciana is a tomato-based sauce which contains cherry tomatoes, guinciale (dried pork cheek) and hard cheese such as Pecorino. It is one of the most well-known pasta sauces in Rome, and can be served with spaghetti instead of Bucatini, although the latter is most used in Rome. 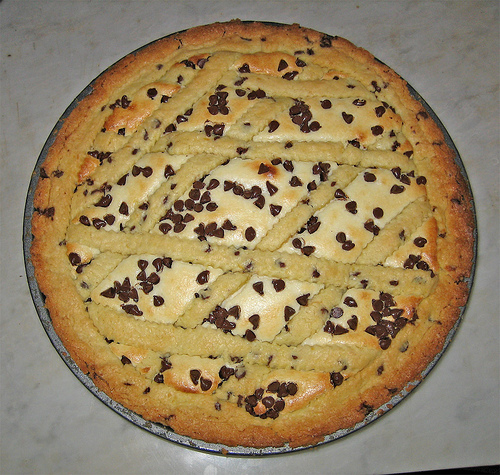 If you’re bored of gelato and looking to try a typical Roman dessert, try the ricotta cheescake. Crostata di Ricotta is an ancient Roman cheesecake made with ricotta and candied fruit, raisins or chocolate chips. 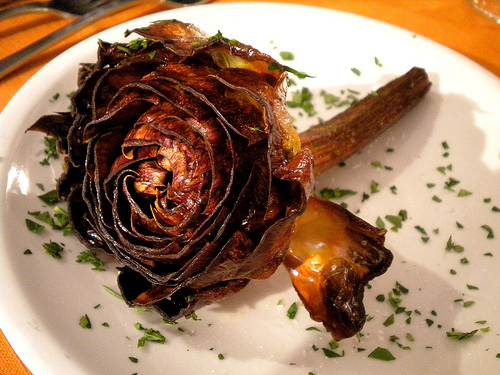 Carciofo alla Giudia is a traditional Roman-Jewish food which is great as a side dish. The artichokes are opened and deep fried in a special way so that they are hard and crispy on the outside and soft on the inside. They also happen to look like rather pretty too! The best place to try these delicious artichokes is in the Jewish Ghetto. 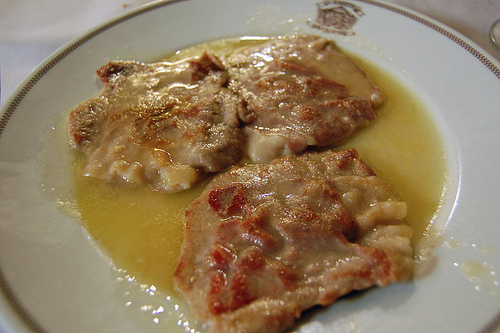 Saltimbocca alla Romana is a famous meat dish of veal slices skewered with prosciutto and sage, cooked with butter and white wine. This name of this classic Roman dish translates as “hop-in-the-mouth”, which is exactly what will happen when you try it!