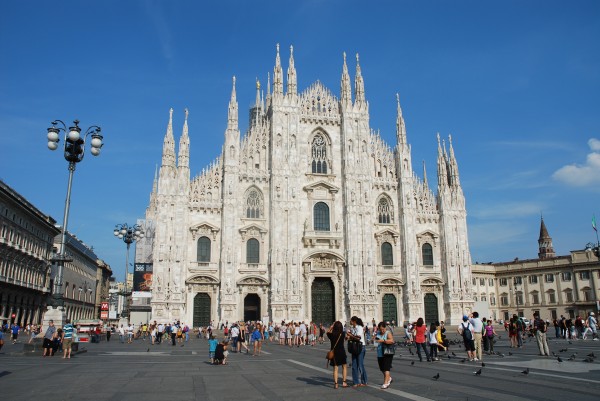 I recently visited Milan on a 24-hour stopover. I left the Greek Islands on a cheap Easyjet flight from Santorini to Milan Malpensa, then I was due to catch a flight from Milan to Barcelona the following day. I only chose to stay for 24 hours because I had been to Milan once before and I already knew it wasn’t my favourite city in the world. Milan has one of those airports that offers a lot of flights to a lot of destinations around Europe, so it is a natural place to fly in and out of en route to somewhere else. The city itself to me is quite unremarkable compared to other Italian destinations like Florence, Venice and Rome and if you don’t have any money to spend on shopping for clothes, then the fact that it is the Fashion Capital of the World will be of little significance to you.

That being said, I quite enjoyed my 24 hours in Milan. Since it was the middle of August when the heat of the city gets too much, most of the locals vacate the city and head off on vacation to the beach. It was ridiculously hot and my gelato melted in roughly 10 seconds, but I enjoyed sightseeing without the pedestrian traffic.

I dropped my bags off at the Hotel Panizza and walked to the Castello Sforzesco, which was originally a fortress built by the Viscontis, but was later the residence of the Sforza dynasty – the ruling family of Renaissance Italy. The Sforza Castle now houses museums libraries, galleries and exhibitions. The Pinacoteca art gallery features works by artists such as Mantegna, Cesare da Sesto, Canaletto and Bellotto, whilst the Museo d’Arte Antica boasts masterpieces from Rondanini Pietà and Michelangelo. 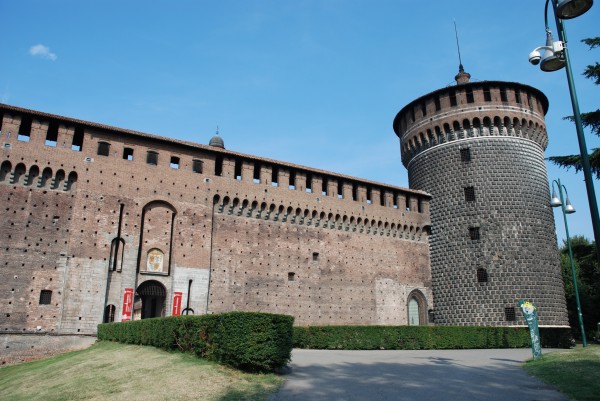 From here I walked to the Duomo, which is a jaw-dropping gothic cathedral dominating Piazza del Duomo. It is the largest Cathedral in Italy boasting 135 spires and 3,400 statues. It was commissioned in 1386 by Gian Galeazzo Visconti but took around 500 years to complete, only being finished in the 1880s. Make sure to climb the steps and take a walk along the roof so you can see the marble pinnacles up close and absorb the panoramic view of Milan. 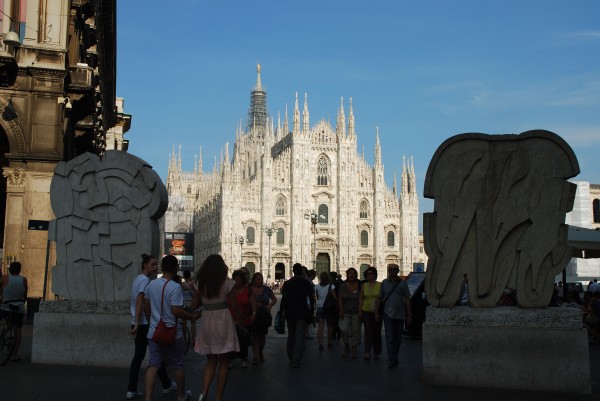 I then ambled through the grandiose Galleria Vittorio Emanuele II, which is a shopping arcade that connects the Piazza del Duomo with Piazza della Scala. 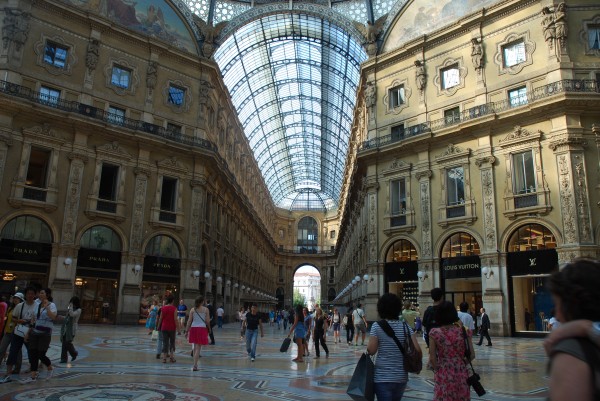 Despite the fact that I’m a backpacker and even selling the entire contents of my backpack probably wouldn’t cover the cost of some of the clothes here, I went to the famous shopping street Via Montenapoleone. As a huge lover of fashion and clothes, I was drawn to those window displays like a moth to a flame, but I was only torturing myself! 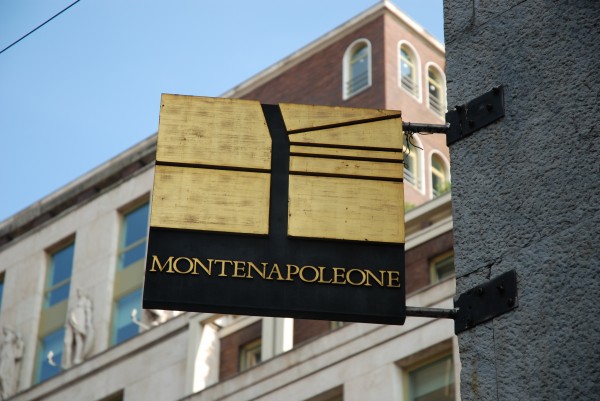 The street is the most important shopping street in Milan, and since Milan is considered by many to be the Fashion Capital of the World, it is one of the most important streets in the fashion industry. The street is home to high-end boutiques and designer stores such as Dior, Valentino, Prada, Louis Vuitton, Cartier and Missoni and is full of glamorous Italian women and flash cars. 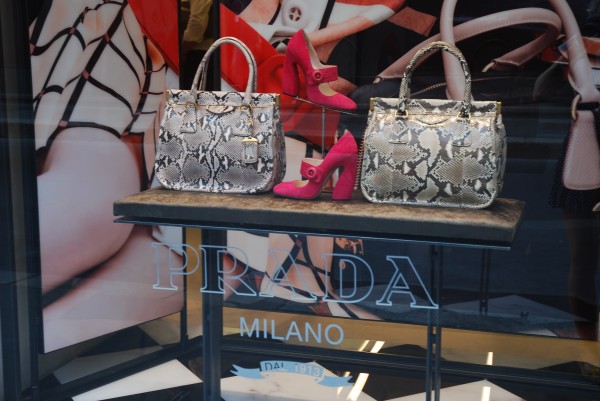 The highlight of my 24 hours in Milan was dinner in the Navigli area of the city. This pretty area along the canal is popular with the locals and full of restaurants, bars and cafés. It’s a lively place to find reasonably priced food and aperitivo time runs from around 6pm till 9pm. You choose the drink you want, pay a set amount and then help yourself to food from the buffet at the bar, which usually consists of pasta, pizza slices, salad, cold meats etc. During the summer all the young Milanese sit outside with a cocktail and plastic plates of food. 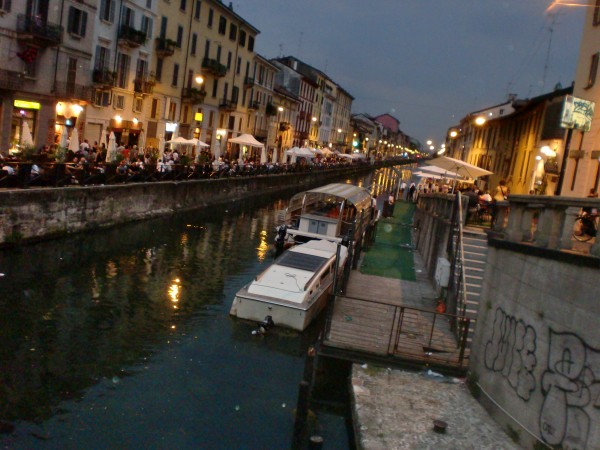