Travel is one of the most popular forms of leisure around the world. When most of us decide to take a
vacation from work it almost always involves planning to travel somewhere. There are so many
interesting things on this planet to see and learn about and this list is only going to cover ten of them.
That seems like such a minuscule amount but these ten facts are definitely going to be some of the more interesting ones. 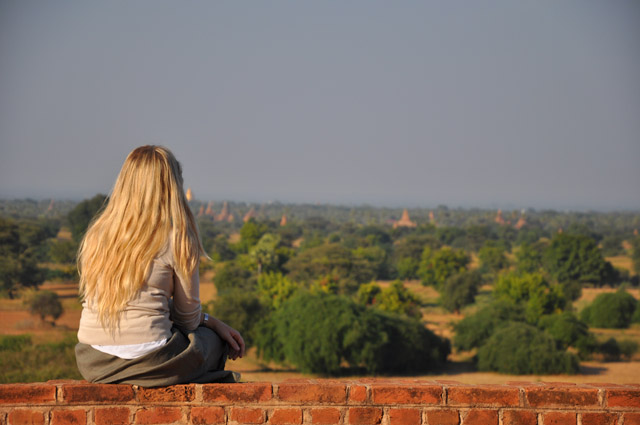 10. The biggest hotel on earth is not where you would expect

Most people would assume that the largest hotel in the world would be in one of the large vacation
cities like Las Vegas or some tropical island in the Bahamas. It is actually located in Pahang Darul
Makmur, which is an area in Malaysia. This mammoth accommodation is the Genting Highlands Resort and has a total of ten restaurants and boasts over 6,000 separate rooms. This place takes finding your room to a whole new level.

9. There is one country on the planet with no rivers

It is hard to imagine an area where there are exactly zero rivers. As a country Saudi Arabia is in its own class as it literally does not have a single river. If you are traveling here, yachting is obviously out of the question. Saudi Arabia is still a beautiful country to visit; just be prepared to swim in a man made pool instead of a river.

8. The Trevi Fountain’s offerings get used

If you have ever traveled to Italy there is a good chance you have seen the Trevi Fountain as it is one of the large outdoor fountains and all of the people throwing money into it. It turns out that every day this fountain is cleared of its currency. It doesn’t go to the city for more food festivals, it is donated to charities, and adds up very fast.

7. Talk about a quick flight

If you find yourself in Scotland and decide that you want to go to the island of Westray you don’t
necessarily have to go by boat. There is actually a flight you can by a ticket for that will fly you there in all of two minutes. This is for those of us who make sure every second counts on a trip.

6. Move over travel agents! The Internet is here

Internet has certainly changed the cultural landscape across the globe. We can now connect with anyone from http://humanrightsfilmnetwork.org/priligy anywhere through the World Wide Web. In recent years the internet has become a hot spot for people to book their vacations. In America alone almost 90 million people booked online last year and that is a good portion of their travelers.

5. America has a lot of airports

For a nation that boasts less than five percent of the world population it sure has a lot of airports.
America now houses more than 33% or one third of all airports globally. No wonder their citizens travel so much; with that many airports calling your name you would be hard pressed not to take advantage.

4. Do not insult the chef

When traveling to Switzerland there is one rule that you must know before you get there. Using salt and pepper to season your food at a restaurant is considered to be very offensive to the ones preparing the meal. You never mess with the people who make your food so you will just have to eat it how it is
served.

3. America really does have a lot of airports

In relation to the previous fact about the amount of airports located in the US this may not come as a
complete shocker but is still a bit jaw dropping. At any given time during a day there are over 61,000
people strapped down inside planes above the country. That is a hard thing to picture but it shows how important air travel is to their economy.

2. Antarctica is too cold

Out of the billions of people that reside on this planet less than one percent of us have been to this ice
filled paradise. You would think this number would be higher considering the amount of scientific
exploration but it is not. Maybe this could be your next exclusive vacation destination?

1. Traveling by boat is getting popular

This is not talking about taking a ferry to get from one place to the other. Yachting has become a huge
industry around the world and it is thanks to consumers that travel. Families especially are now
chartering yachts and setting sail as a different way to explore the world.

There we have ten very random facts about travel in our world. This is by no means a top ten list of facts and any one of these could have been at the number one spot. To learn more about interesting travel facts please visit FactRetriever.  These facts are meant to pique your curiosity and supply you with some information you may not have.